A Jewish hockey player drafted by the Anaheim Ducks is suing the team — claiming coaches within the organization launched multiple “verbal anti-Semitic attacks” … TMZ has learned. 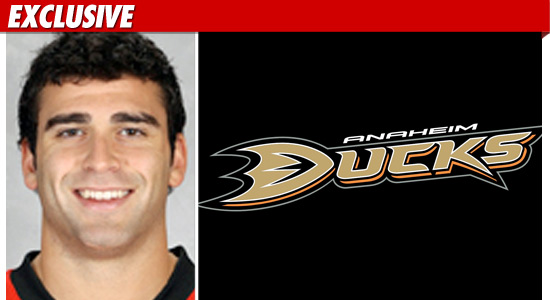 23-year-old Jason Bailey — a 3rd round NHL pick in 2005 — claims from the moment the Ducks assigned him to play for an affiliate team called the Bakersfield Condors … his coaches unleashed a “barrage of anti-Semitic, offensive and degrading verbal attacks.”

In the suit, filed today in Orange County Superior Court, Bailey claims the head coach of the Condors told him “[Jews] only care about money and who’s who” and that he “never wanted his son to be raised Jewish or to wear a Yarmulke.”

Bailey claims the assistant head coach would get in on the Jew-bashing too — saying things like, “Oh, I just got a friend request from a dirty Jew.”

Bailey says the coaches also forced him to travel apart from the team and he was “rarely given any ice time” in games because he’s Jewish.

According to the documents, filed by Bailey’s powerhouse lawyer Keith Fink, Bailey complained to the Ducks about the hostile work environment — and the team reacted by instructing the coaches to pen apology letters to Bailey in which they both admitted to using hurtful language.

Bailey was eventually traded to the Ottawa Senators in 2009 — and insists the Ducks were “happy to be rid of him.”

Bailey is suing for unspecified damages.

Calls to the Ducks have not been returned.
(Tags: Anti-Semitism, Verbal attacks, Sports)