Indiana University to Launch Institute for the Study of Contemporary Antisemitism 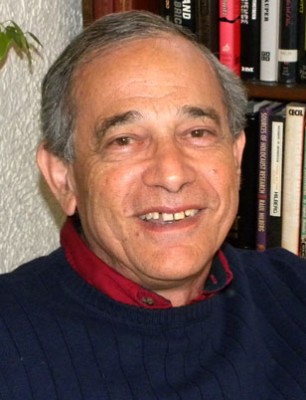 Indiana University will inaugurate its Institute for the Study of Contemporary Antisemitism this week. Alvin Rosenfeld, the Irving M. Glazer Chair in Jewish Studies, founded and directs the new institute.

Newswise — Indiana University will inaugurate its Institute for the Study of Contemporary Antisemitism this week with a public lecture by Robert Wistrich, a leading scholar of the history of antisemitism.

Wistrich will speak on “Liberté, Égalité, Antisemitism: The French Connection,” at 7:30 p.m., Thursday (Jan. 14), in the Frangipani Room of the Indiana Memorial Union. He is the Neuberger Chair for Modern European and Jewish History at the Hebrew University of Jerusalem and the author of A Lethal Obsession: Antisemitism from Antiquity to the Global Jihad, published this month.

“Nazism was defeated in Europe almost 65 years ago. Antisemitism was not,” Rosenfeld said. “Resurgent over the past decade, it is once again a disturbing presence on the European continent and elsewhere. A phenomenon of this scope and consequence demands sustained scrutiny at the highest scholarly levels.”

Bennett Bertenthal, dean of the College of Arts and Sciences, said the institute will focus IU’s scholarly resources on an area of important and growing concern.

“I know that the creation of this institute will enable Professor Rosenfeld to expand his influence and impact on the field of antisemitism studies, and in turn, it will add to the distinction of the Jewish Studies Program and the College,” Bertenthal said. “I look forward to a very promising future for this institute.”

In the spring of 2011, the Institute for the Study of Contemporary Antisemitism will sponsor a major international conference to explore the intellectual and ideological sources of present-day antisemitism.

The institute’s agenda will include research by faculty members and students; lectures, colloquia, symposia and conferences; a campus reading and discussion group on classic antisemitic texts; the publication and dissemination of articles; and summer workshops for teachers. It also will provide opportunities for IU students to learn about antisemitism and partner with other institutions to make a difference in classroom instruction on antisemitism at a national level.

Rosenfeld said there is a compelling need for more organized research and teaching on contemporary antisemitism, including its similarities to and differences from antisemitism throughout history.

“Because it dates back millennia, antisemitism has been called the ‘longest hatred,'” he said. “The passions that fuel it — among them, fear, envy, jealousy, resentment, suspicion, anger, xenophobic wariness and distrust — remain constant, but the forms this hatred takes change over time.”

The topic is studied at three major research institutes abroad: the Stephen Roth Institute in Tel Aviv, the Vidal Sassoon International Center (directed by Robert Wistrich) in Jerusalem, and the Center for the Study of Antisemitism at the Technical University, Berlin. In the U.S., there is the Yale Institute for the Interdisciplinary Study of Antisemitism.

Rosenfeld sees three primary sources involved in the upsurge in antisemitism over the past decade: the Islamist jihad movement along with leaders of some Muslim nations who call for the destruction of Israel; continued activity by racist and neo-Nazi groups on the extreme right; and some elements of the extreme left in which anti-Zionism crosses the line to antisemitism.

“We have our work cut out for us,” Rosenfeld said. “I would love nothing better than for the institute to go out of business in a few years, but given present developments, I don’t think it will happen.”