Tadeusz Pieronek, a friend of John Paul II, claims “Holocaust as such is an invention” promoted in the press by Jews to receive benefits, US support. 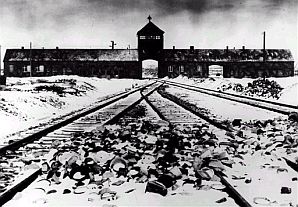 The Holocaust only receives media coverage because of affluent Jews’ financial backing, military might and lobbying fronts, presenting a skewed version of events to the world, a high-ranking Polish bishop told a Catholic news portal on Monday.

Polish bishop and professor Tadeusz Pieronek told the Web site Pontifex.roma that while the Holocaust was not exclusively Jewish, Jews had monopolized it in lieu of encouraging “serious historical debate, free from prejudice and victimization.”

Pieronek alleged that Jews today use the Holocaust as “a weapon of propaganda, used to obtain benefits which are often unjustified,” citing as an example the unconditional support for Israel by the US. “This promotes a certain arrogance that I find unbearable,” he said, explaining that Israel was using its position of power and exploiting historical tragedies to treat the Palestinians “like animals.”

The pontiff stated that American support for the Jews had not always been so readily given. “What did the Jewish-American and allied forces do in [World War II] to avoid these tragedies? Little or nothing,” he said.

Pieronek stressed that Israel’s treatment of the Palestinians did not compare to “the shame of the concentration camps and the aberrations of Nazism,” but was still a cause for concern ahead of International Holocaust Remembrance Day, which occurs on January 27.

“The Holocaust as such is a Jewish invention … a day of remembrance must also be set for the many victims of Communism, persecuted Catholics and Christians and so on,” he told the Web site. Tragedy, he stressed, must not be turned into propaganda.

Pieronek, who was a close friend of former pope John Paul II, vehemently denied that his words stemmed from anti-Semitism. “The anti-Semitic history of Poland is an invention,” he said. “A joke … offensive to our people.” Although most of the victims of the Holocaust were indeed Jews, many Poles, Italians and Catholics also died at the Nazi concentration camps,” he said.

Prime Minister Binyamin Netanyahu is set to travel to Poland later on Monday to attend a ceremony commemorating the Holocaust.