Matar will be speaking at London University’s School for Oriental and African Studies (SOAS), a campus renowned for anti-Israel activity. 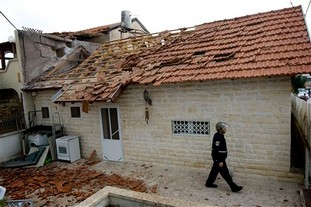 LONDON – Tel Aviv University senior lecturer Dr. Anat Matar will be the guest speaker Wednesday at a London event called “Supporting the Boycott of Israel: Campaigning from Within.” Matar, on the faculty of TAU’s Philosophy Department, will be speaking at London University’s School for Oriental and African Studies (SOAS), a campus renowned for anti-Israel activity.

The talk is part of events surrounding the one-year anniversary of Operation Cast Lead, organized by the Palestinian societies at five University of London campuses – University College London, SOAS, Imperial College, Kings College and Goldsmiths – as well as at the University of Westminster.

In an opinon piece in Tuesday’s edition of The Jerusalem Post, TAU president Joseph Klafter said faculty members who call for a boycott of Israel “neither speak for nor represent the university. Still, many people expect, and a few insist, that my university and its management punish these faculty members and students by expelling them.

“To do so, however, will subvert the very same principle by which we oppose the boycott and will undermine our best efforts to thwart it. If we impose severe sanctions against dissident faculty and students, we will play into the hands of those who lead the boycott drive by compromising on our own core value of academic freedom,” wrote Klafter.

In an article in Haaretz in August, Matar accused her own university of being complicit with the “occupation” and questioned Israel’s stance on Palestinian academic freedom and basic education.

A mother of a conscientious objector, on her profile page on the university’s Web site Matar lists her main nonacademic activities as “movements against military service” and the Israeli Committee for Palestinian Prisoners.

These individuals “neither represent Tel Aviv University nor the views of most of the 1,000 faculty members and 26,000 students who reject extremism of any kind,” it said. “Faculty and students have been asked to express their political views in their own names only and not in the name of Tel Aviv University.”