The hidden underbelly of the anti-Israel campus campaign

Presidential election season in the US is well underway, fully six months before Election Day, with the presumptive major party nominees and their surrogates already targeting the general election in November. High-profile speeches and political events attract media attention, to be sure, but experienced political observers know that campaigns are won with a combination of messaging and framing, along with a “ground game” of organizing, mobilization and direct voter appeal in key battlegrounds. This year’s US presidential election is shaping up no differently.

The battle for the campus Israel environment is very much like a political campaign. Like political campaigners, Israel’s campus supporters must master strategic communications and messaging, build a base of support, mobilize effectively and target key constituencies with messages and materials that appeal to the audience and connect them to the cause. Unlike political campaigns that also use negative campaigning, which works by driving down voter participation for their opponents on election day but also results in reduced participation overall, the battle for public opinion on campuses has no date on which a campaign will end, so campus Israel supporters must operate continually to promote a positive view and to increase participation. With this one exception, the functions of a political campaign and the campus Israel environment are virtually identical.

If the similarities between political campaigns and the contest for support of Israel on campus are clear, why, then, do so many overlook the fundamentals that would enable campus Israel supporters to succeed?

Indeed, too often the response of the pro-Israel community, understandably horrified by the existence of these events, is construed as a call against the exercise of free speech rights, is seen as contrary to the values of the academic environment, and is held against the pro-Israel community. Neither the events themselves, nor the event-focused response, represent strategic communications or the essential “ground game” of the campaign for campus.

In the meantime, however, Israel’s campus detractors also exploit the soft underbelly of the campuses, seeking out and taking advantage of those areas that Israel’s campus supporters overlook.

They reach out to and build long-term alliances with minority groups on campus, positioning themselves as a coalition of the “oppressed.” They join and work within liberal campus groups, originally organized to protest war efforts or promote progressive values, and turn them to pushing anti-Israel programs. They manipulate the agenda of well-intentioned campus auxiliary departments that promote multiculturalism, intergroup dialogue or diversity. They take positions on unglamorous and low-profile campus committees, like those that advise on financial policy or administrative affairs, and from there gain influence over campus investment decisions, whether to allow Israeli brands in dining halls or whether to permit study abroad programs in Israel. They introduce anti-Israel resolutions opportunistically on campuses on which the pro-Israel community has never organized effectively — remote schools like the University of Regina in Canada’s Saskatchewan province, small liberal arts schools like Earlham College or urban commuter campuses like UMass-Boston and Arizona State-Tempe. 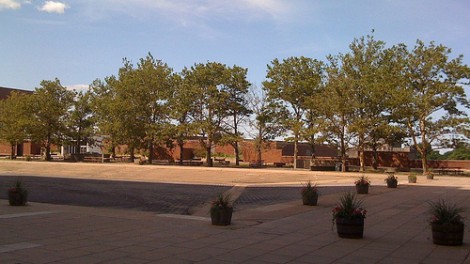 And, like a good political campaign, the detractors’ “ground game” makes steady progress while campus Israel supporters may devote their resources to the wrong places and activities. In the political realm, that would be a recipe for disaster.

This should not be understood as a call to hysterics. In more than 40 years of trying, Israel’s campus detractors in North America have not turned the tide of solidly pro-Israel sentiment among the broader population, either on campus or beyond. But the network of campus Israel supporters ignores the fundamentals of political organizing to our peril; Israel’s detractors do not.

Speaking only to our base, and neglecting the less glamorous but critical tasks of engaging year-round with the rest of the campus community in the environments in which they live, will neither effectively counter the real efforts of Israel’s detractors nor ensure the continuation of broad-based support for Israel in the future.

It may be election season in the US, but for Israel on campus, it’s always campaign season. As the political campaigns look ahead to the Fall and plan their strategies, the campus Israel network needs to be asking the same questions. Will we be ready?