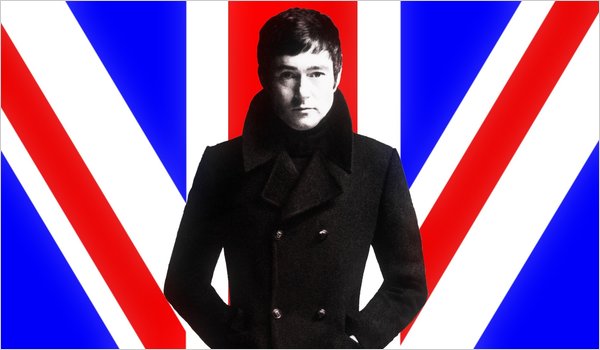 “Vidal Sassoon: The Movie” opens with a blast of hyperbole from an assembly of disembodied voices: “I think it’s impossible to overestimate the importance of Vidal Sassoon.” “He built something that rocked the world.” “He was one of the greatest if not the greatest hairdresser who ever lived.” One commentator even compares Mr. Sassoon, now a spry, fit 83, to Einstein and Muhammad Ali.
More About This Movie

This extravagant verbal fusillade introduces a screen biography that sometimes feels like an infomercial for the glossy book about Mr. Sassoon shown being put together by Michael Gordon, one of the film’s producers and the founder of the New York hair care company Bumble and bumble. Craig Teper, the film’s director and editor, runs the company’s new-media division.

Yes, it is all too much. But in the documentary’s defense, its upbeat tone, perky visual rhythm and sleek graphics capture the “swinging ’60s” aesthetic epitomized by Mr. Sassoon’s major invention: the geometric “five-point” haircut.

As a director and editor, Mr. Teper may not be Richard Lester. But as the film buzzes and snaps along, vintage advertising slogans like “youthquake” pop into your mind. One scene shows Mr. Sassoon and Mary Quant, an inventor of the miniskirt, reminiscing about the good old days. “You put the top on it,” she says of Mr. Sassoon’s follicle crowns.

Mr. Sassoon’s invention, inspired by Bauhaus architecture, took years to develop. One of the first landmarks was the Nancy Kwan haircut in 1963. There soon followed the boyish five-point haircut that blurred class and sexual distinctions in the unisex era. Easy to maintain, it signaled liberation from the constraints of the past.

Within the profession, it reversed the traditional roles of haircutter and customer. Mr. Sassoon was the boss, the master builder, to whose will his clients were expected to submit. As you observe him enthusiastically snipping away at various heads, you sense a sculptor at work.

“Vidal Sassoon: The Movie” isn’t just the story of a brilliant fashion idea that swept the globe. It is a euphoric account of one man’s strenuous self-invention. As is often the case with a rags-to-riches story, there was a determined mother behind it all. A poor Jewish boy in the East End of London, Mr. Sassoon lived in an orphanage from age 5 to 11, after his father had left home. But it was a not case of abandonment. His mother, who later steered him into hairdressing after a prophetic intuition about his future, hadn’t the means to care for him.

Mr. Sassoon takes us to a synagogue where he sang in the choir and recalls his street-fighting days in which Jewish children did battle with Oswald Mosley’s fascist followers. In his words, “I found myself” during a visit to Israel in 1948.

Fashion empires aren’t created by accident; Mr. Sassoon’s was the result of drive and perfectionism. To shed his Cockney accent, he took elocution lessons. He was a taskmaster in his salons, where haircutters who didn’t shine their shoes and maintain perfect grooming were fired. He is a dedicated fitness buff.

In 1966 Mr. Sassoon took America by storm when he opened a salon on Madison Avenue in Manhattan. At this point the film becomes a cheerful, informative hagiography, whose only tragic note is the death of his daughter Catya from a drug overdose in 2002. That death and the failure of his first two marriages don’t seriously darken the film’s rose-colored vision of a fulfilling life well led.

Opens on Friday in Manhattan.