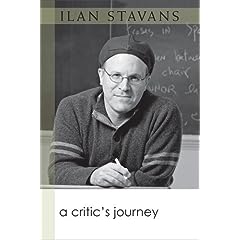 Publishers Weekly
Stavans (On Borrowed Words) displays an admirably broad reach in these 33 essays (previously published mainly in the Nation and the Chronicle of Higher Education), most on Spanish-language fiction from Cervantes to Sandra Cisneros and José Saramago. Some essays discuss wider topics, including how Spanish spread among the Western Hemisphere’s largely Indian peoples. Exploring Jewish issues, Mexican-Jewish-American Stavans includes a particularly interesting piece on anti-Semitism in Latin America. His writing reflects his deep love of the creative imagination and is full of pungent observations, such as, “A vast majority [of humanities professors] make a profession of being pretentious.” Stavans’s own graceful writing exemplifies his definition of his craft: “The critic is a compass that helps one to navigate the cultural map.” (Jan.)
(Tags: Latin American Jews, Books)