Festival Celebrates the Jewish Community’s Many Artistic Influences on the Scene, Including Sounds From Africa 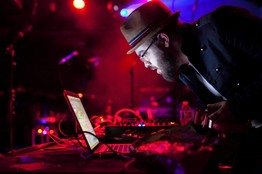 New York’s contemporary Jewish music scene has undergone countless shifts since the mid-20th century, when the theaters and venues of the “Jewish Rialto” lined Second Avenue. The 1980s saw a Klezmer revival, and more recently Jewish artists have branched into reggae, pop and electronica, notably via the Hasidic star Matisyahu and the JDub Records label, where young Jewish artists explore their roots.

Bringing an eclectic and divergent new voice to a cultural conversation once dominated by the Eastern European Ashkenazi, the Sephardic Music Festival has shined a light on this community and its traditions for the past eight years with a phalanx of artists from across the city and throughout the diaspora.

“My family on my mom’s side is from Yemen, so I grew up listening to Mizrahi and Yemenite music,” said Erez Safar, who founded the Sephardic Music Festival in 2005. “At the same time, I really wasn’t hearing any Sephardic music at the Knitting Factory or Tzadik, or whatever. I had started DJing at the time and I would just throw stuff in. Then I figured I should do an event to try and turn people onto it and see what happens.”

Coinciding with Hanukkah, Mr. Safar’s festival will open its eighth edition on Saturday at the Knitting Factory and continue through Dec. 13 in various venues around town, from Williamsburg to the Upper West Side. The events range from a Sephardic-themed story slam (similar to a poetry slam) on Sunday at Lolita Bar, to a free discussion and performance at the Sephardic Scholar Series, hosted by CUNY’s Graduate Center on Monday. On Tuesday, there is an acoustic performance uptown at the Congregation Shearith Israel.

While the term Sephardi once referred specifically to Spanish and Portuguese Jews (Ladinos) exiled from Spain in 1492, it has grown to encompass the entire Mediterranean rim, including North Africa and the Middle East, covering Mizrahi, Yemenite and Ladino traditions and customs. Similarly, Mr. Safar’s programming reaches across the region, and further. This year’s festival, for example, will highlight the Sephardic music connection to Africa. 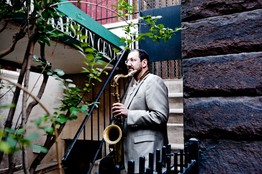 “Some of it is, in my opinion, very marginally Sephardic, if at all,” said Samuel Thomas, an ethnomusicologist at CUNY who collaborates with Mr. Safar on programming (and also performs) during the festival. “That’s Erez’s strength, to draw together all these different kinds of Jewish music. His interests are very eclectic and it draws in all sorts of different stuff.”

Mr. Safar, who is 33 years old, seems to adhere to the policy of “more is more.” Aside from running the festival, he is a record producer, a DJ (under the name Diwon) and a label owner who’s released two compilations of festival performers. The constant among these endeavors is to move his vision of Sephardic culture forward. “If you approach your music as a Jewish thing, or an expression of your faith or your spirituality, then you could say that it’s Jewish music,” Mr. Safar said. “I don’t think there’s a strict definition because of the cultural exchange and because of all these different influences.” 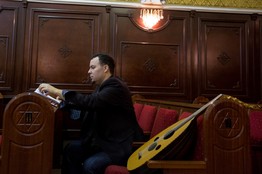 Those searching for something closer to the Iberian musical tradition can look to programming by Mr. Thomas, 36, who will lead a performance by the New York Andalus Ensemble Monday at CUNY’s Elebash Recital Hall on Fifth Avenue.

“In terms of Sephardic music,” he said, “my goal as the curator of the Sephardic Scholar Series and in my own band is to keep a foot in the traditions, but also to look at where they’re going, where things are moving on the contemporary front.”

A majority of the city’s Sephardic Jews are based in Mr. Thomas’s Brooklyn neighborhood of Gravesend, which has large Syrian, Moroccan, Lebanese and Egyptian immigrant communities. While Mr. Thomas (whose background on his mother’s side is Moroccan) estimates that some 100,000 New Yorkers identify themselves as Sephardim, there are up to three times as many in the greater metro area, with Yemenites, Iraqis and Persians included. As is almost always the case with immigrant cultures—especially in New York—they’ve absorbed elements of their new homes and integrated with fellow immigrants in unexpected ways.

African musical influences have crept into the music of New York bands like the Sway Machinery (which will play the Knitting Factory on Saturday), as well as groups like Hasidic New Wave and Zion80, an 11-piece band that blends the religious music of composer Shlomo Carlebach with the Afrobeat of Fela Kuti. Israeli vocalist Mika Karni will join the latter two groups on Wednesday at (Le) Poisson Rouge, bringing a band from Israel that features Moroccan, Yemenite and Ethiopian members, and fuses traditional Jewish melodies to African sounds. “I can’t think of many Jewish musicians who don’t draw a heavy Sephardic influence into their music,” said saxophonist Greg Wall, a rabbi who plays with Hasidic New Wave and Zion80. “People are looking for new sounds and are comfortable in the context of Jewish influences in general and Middle Eastern influences in specific. It’s a postmodern type of reality.”