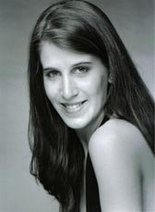 These services, which will feature Sephardic liturgical music, will mark a farewell to Cantor Kidron, who has been offered the position of assistant cantor at the prestigious Park Avenue Synagogue in New York City. Cantor Kidron has been a frequent guest at Beth Israel Congregation, having led High Holy Day, Shabbat, and other services there since September 2008.

Those interested in attending the luncheon should contact the Beth Israel Congregation office no later than Wednesday, June 22.

The services will be led by Rabbi Alfredo S. Winter, spiritual leader of Beth Israel Congregation.

“We urge everyone to come out to the services and honor Cantor Kidron, whose style and beautiful voice have added significantly to our services over the years,” Rabbi Winter said.

Born in Haifa, Israel, she has extensive cantorial and operatic experience in the United States and Israel.

She has toured with the Odessa Philharmonic Orchestra in the Ukraine, sung with the Pacific Opera Group at Carnegie Hall and the New Opera Festival in Rome, Italy, and has appeared with the Ludwig Symphony in Atlanta, the Folksbiene-Yiddish Theater at the City University of New York (CUNY).

She was acclaimed by The New York Times for the title role of Beauty in the Manhattan School of Music’s production of Louis Spohr’s “Beauty and the Beast.”

Cantor Kidron performed a solo Yom Ha’atzmaut program at the Israeli Consulate in Houston and has also performed with the chamber orchestra of the Hebrew University in Jerusalem. As a scholarship winner of the Israel Vocal Art Institute in 2003 to 2005, she sang in a gala concert at Tel Aviv Opera House.

She has also appeared in the United States and abroad as part of the nationally acclaimed Sheba Ensemble, an all-female music group that performs Jewish music arranged with a world music flavor.