In the film, one of those interviewed states, “We were given Hebrew names without thinking about our past, we were told, ‘You are new people and you will start from the beginning.'” 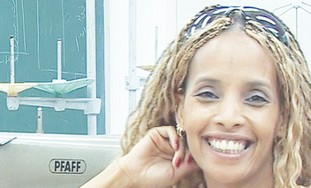 These Are My Names starts with a compelling story about a young Ethiopian girl, a new immigrant to Israel ridiculed for her non-Hebrew sounding name.

The short but poignant tale, told by veteran Ethiopian immigrant Zoe Gidamo, who herself admits to having several Amharic names that all sound strange but that are rich with meaning, sets the scene for this short but hard-hitting documentary written and directed by journalist Ruth Mason.

“Ethiopian immigrants are different from other immigrants because their names are so laden with meaning,” Mason said Monday just hours before These Are My Names had its official premiere at the Jewish Eye World Festival in Ashkelon.

“They are all named after important events or feelings and emotions, representing something that happened at the time of their birth; it is part of their identity.”

As the 30-minute documentary, which was filmed and edited by Naomi Ataraz, unfolds, however, Mason also draws attention to the intake of the first mass immigration of Ethiopian Jews, many of whom were forced to change their names to sound more Israeli and thereby lost some of their identity.

“I had a teacher and she said that I looked like her friend Tziona, so she decided to call me Tziona and that’s what I have been called ever since,” says one of the women interviewed for the film, who made aliya as a child as part of Operation Moses in 1984-85.

“No one protested because it was part of becoming Israeli and I really wanted to become Israeli,” explains another woman in the film.

“Operation Moses was 23 years ago and those children who came here then and had their names changed are all grown up now,” said Mason, about why the name-change phenomenon has recently become an issue within the Ethiopian community. “That generation is today facing an identity crisis; their identity is in limbo and the name change is part of that.”

Indeed, many of those interviewed for the film stated that even though their original names are very difficult to pronounce, they had chosen to revert back to their Amharic names because they are laced with meaning and have a connection to the old country and their ancestry.

Mason, who was inspired to make the film after reading the children’s book What Is My Name and Who am I? by Naomi Shmuel and after asking Ethiopian friends more about the meanings of their names, said that the decision to change the names of new immigrants was down to a “lack of awareness and a lack of respect” for a community that “can bring so much to Israel.”

Today, new Ethiopian immigrants do not usually change their names.

In the film, one of those interviewed states, “We were given Hebrew names without thinking about our past, we were told, ‘You are new people and you will start from the beginning.’” Mason’s film, which will be screened again at the Jerusalem Cinematheque on November 9 as part of the annual Sigd celebrations, is the latest in a long line of steps being taken by Israeli society to explore and redress some of the early prejudices against Ethiopian Jews.

A year ago, 30 years after Jewish immigration from Ethiopia first began, the State of Israel finally held an official ceremony to mark Sigd. This followed a law passed in 2008 requiring that the holiday be officially recognized and that Israeli schoolchildren learn more about Ethiopian Jewish traditions and customs.