In black Jew’s Yiddish gumbo, the secret ingredient is diversity NEW YORK — When Michael Twitty makes hamentaschen, don’t expect rock hard triangles that could substitute for paving stones. Instead, look forward to a cookie made with teacake-like dough filled with bright notes of persimmon jelly or the comforting spice of apple butter.

Despite the creativity, Twitty’s hamentaschen aren’t just a nifty spin on the iconic Purim pastry, they are his way of joining two cultures while simultaneously baking a bit of cultural food history into each bite.

A cartographer of culinary tradition, Twitty uses food to explore and expand the understanding of African-American history and Jewish culture. Each ingredient, whether it’s the black-eyed peas in his kasha or the peaches in his kugel, is a blaze on a trail that helps the 39-year-old make sense of where he’s from and where he’s going.

Twitty is also challenging what it means to be Jewish, African-American, and gay in a world where he said so many still want people to fit into neat check boxes. But this chef, food writer, and independent scholar resists that sort of compartmentalization. Like his recipes, Twitty embodies and embraces the ideal of America as a melting pot.

‘You got a taste of everyone. I just thought that was the way things were everywhere’
Born in Washington, D.C., Twitty spent most of his childhood in Wheaton, Maryland, living near a military housing project. It was a neighborhood where everyone seemed to come from someplace else.

“It was Jewish, Asian, Latino, you name it. You got a taste of everyone. There were 46 flags in my gym reflecting all the countries students were from and I didn’t realize how different that was until later. I just thought that was the way things were everywhere,” he said.

On any given day someone was absent because of a holiday, be it Tet, Eid Al-Fitr, or Rosh Hashana. In the cafeteria students traded lunches, allowing everyone to share many kinds of dishes. It was culinary adventure, he said — so much so that every time he had to write a report, whether for Spanish, English or science, he linked it to food or food history.

While his school years nourished his curiosity for gastronomy, the seeds were actually planted much earlier.

On his third birthday he received a Fischer-Price kitchen set with which he pretended to cook greens, fried chicken and grits. He spent many hours with his maternal grandmother, who was born in Alabama, learning the finer points of Southern cooking. As he grew older he loved talking about food and recipes with his friends’ grandmothers, many of them Jewish.

At age 22 Twitty went through an Orthodox Jewish conversion. It made official what he, who was raised in a nominally Christian home, long felt: that he was Jewish.

He had taught himself the aleph-bet in the second or third grade. Challah was a Saturday morning treat, a holdover from his mother’s childhood in Cincinnati, Ohio, where the local baker was Jewish.

Eventually, he went to his mother and declared he was Jewish.

But drawn by the way it encourages curiosity, relentless questioning, analysis, study, review and revision, Twitty’s love of Judaism only grew stronger.

“My interest in social justice, the idea of culinary justice; all of that comes out of me being a Jew. The idea that there is this pursuit of better things,” said Twitty, whose Hebrew name is Akiva, after the famed Talmudist Rabbi Akiva who came from a family of converts.

With all his research into food history, he became increasingly curious about his own genetic history. A swab of his cheek started the process, and 13 DNA tests later, Twitty has discovered he possesses both African and European roots. His ancestors lived in Ghana, Senegal, Congo, Nigeria, Scandinavia and the Iberian Peninsula.

In the end, Twitty’s conversion to Judaism didn’t surprise his family.

“Religion is more fluid for African-Americans. Whereas in Jewish culture there seems to be more hullabaloo if say a child in a Conservative family joins Chabad or an Orthodox person becomes Reform,” he said. “But what’s really amazed me is people in our melting pot, salad bowl of a culture, are surprised to see that an African-American can be Jewish, or a Jewish man can be African-American, or that a gay man can be masculine.”

He enrolled in Howard University and studied Afro-American studies and Anthropology, but didn’t have the money to complete his degree. Twitty also spent several summers interning at The Smithsonian Institute. Among his role models are artists, authors, playwrights and historians such August Wilson, James Baldwin, Romare Bearden, Yehuda Amichai, Amoz Oz, and Abraham Joshua Heschel.

Along the way, one of the most influential books on Twitty’s interests was Margaret Walkers 1966 historical novel “Jubilee” about a biracial slave during the Civil War.

Twitty said the novel made it clear to him how the food a community ate affected its health, its nutrition or lack of it, its economic status, and more. 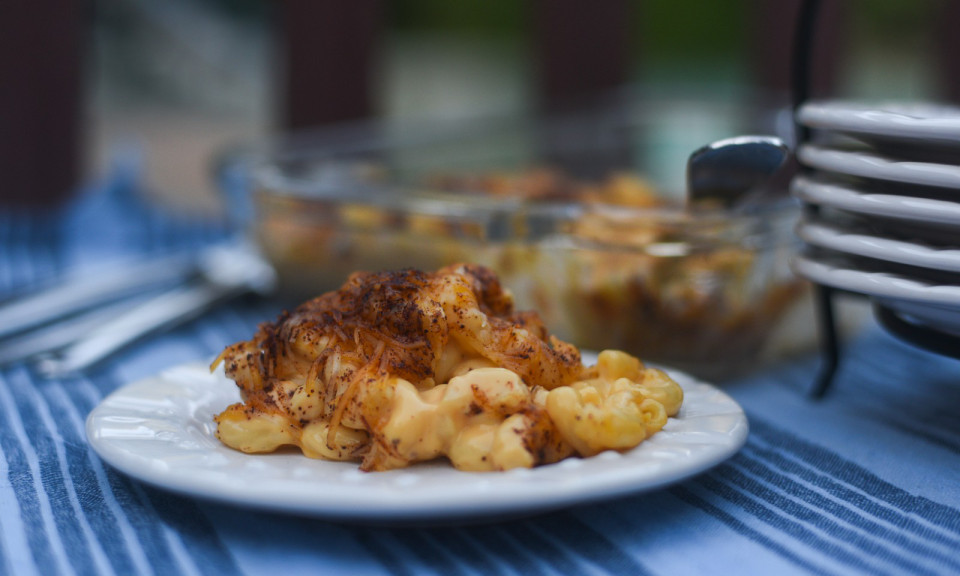 As part of his exploration of Southern food heritage he embarked on what he called his Southern Discomfort Tour. He spent weeks in the Deep South, traveling from Maryland to Texas. He recreated antebellum kitchens, wore nineteenth-century clothes, and served historically accurate meals.

His forthcoming book “The Cooking Gene” documents the connection between food history and family history.

“This book is about universalism of the African-American experience. A lot of people [in the US] don’t understand or know what that is; many reduce it to a narrative of ‘slavery-cotton-white only signs-music.’ They don’t understand we have different narratives, we come from different places and the food reflects that,” said Twitty, who has lectured at several universities including Yale and Elon.

As people of the diaspora, both African-American and Jewish culture share many similarities, Twitty said. For one, both cultures use food to mark occasions, both cultures talk about food, during preparation, while eating it, and afterwards. And both cultures share the common theme he described as “They tried to kill us. We won. Let’s eat!”

“There is something very instructive as a child of Jewish or African American culture, or both, to know that our ability to have a good meal with our families came at a cost,” Twitty said. “I would tell my Hebrew school students that you are here because there was a woman in the Middle Ages who hid behind a rock, and covered her infant’s mouth with her hand, praying she wouldn’t suffocate it, and hid there long enough for the Crusaders to pass.”