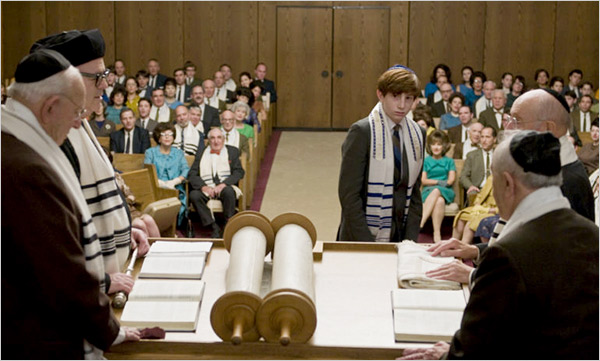 FIFTEEN years ago, on my first visit to Jerusalem, my wife and I ran into an older gentleman of her acquaintance. I don’t remember if he was a rabbi or a scholar, but he was, in any case, a serious man, and as we chatted he asked me the usual, somewhat prying questions about my background, my interests, my impressions of Israel and so on. Discovering that I had an Anglo-Saxon surname, a non-Jewish father, no knowledge of Hebrew and some skepticism about both God and Zionism — but that I was nonetheless, according to the laws of Moses, a full-fledged member of the tribe — he gave me a tolerant smile. “Long live the Jewish identity crisis,” he said.

Would another 5,770 years be long enough? In retrospect, his sentiment strikes me as both redundant and reductive. In the modern world, after all, to broach the idea of Jewish identity is to invoke not one crisis but many. Religion or ethnicity? Theology or ethics? Culture or ideology? Brooklyn or Tel Aviv? “Why does a Jew answer a question with a question?” my grandfather — an atheist, a socialist and a righteous man in the best Biblical sense — used to ask. “Why not?” was his version of the punch line to that old joke, but plenty of others would do just as well. Why do you ask? As opposed to what?

More than 60 years after the Nazi genocide and the founding of the state of Israel, more than 40 years after the 1967 Arab-Israeli war and a more than a century into the Ashkenazi passage through the North American melting pot, the old puzzles persist, though in some perplexing new forms. In novels, on television and especially, lately, on movie screens, fresh expositions of ancient dilemmas and anxieties quarrel and contend. Nothing is settled.

When Adam Sandler, in Judd Apatow’s “Funny People,” claims to detect a telltale trace of “Judaism” in Seth Rogen’s character, everyone knows what he’s talking about. But then again, what exactly does he mean? Judaism in the sense of “You Don’t Mess With the Zohan” or of “Eight Crazy Nights”? Or the deracinated “Happy Gilmore”? Or something else?

Mr. Apatow’s film taps into an easily recognizable strain of Jewish-American male identity, one that nods not only in the direction of comedians ranging from Milton Berle to Lenny Bruce to Larry David, but also at a broader tradition of sexual insecurity and worldly ambition that zigzags from Saul Bellow to Woody Allen by way of Paul Mazursky and Philip Roth.

Meanwhile, a different, if related, set of associations animates “A Serious Man,” the latest movie by Joel and Ethan Coen. That film, which opened on the Friday after Yom Kippur (just in time for the Sukkot box office rush), travels back to suburban Minnesota in 1967 (after a prologue set in a Polish shtetl centuries before) to re-examine themes first laid out in that long, grim Jewish joke known as the Book of Job. The Coens’ protagonist, though not their title character, is Larry Gopnik, a devoted family man, a quiet neighbor and a hard-working professor whose life is turned upside down by a host of torments. The usual stuff: an unfaithful wife, a pothead son, an indifferent universe. If Mr. Sandler’s George Simmons is a recognizable type — the insecure, rebellious, egocentric and libidinous son — Larry Gopnik could be his self-effacing, dutiful brother.

Between “Funny People” and “A Serious Man” (the titles of which could easily be swapped, speaking of identity crises) came Quentin Tarantino’s “Inglourious Basterds,” which dominated the late-summer box office with the spectacle of Jews inflicting righteous payback on their oppressors. Going much further than, say, Edward Zwick’s “Defiance,” which derived its tale of tough Jews fighting back against the Nazis from the historical record, “Basterds” presented one of the most audacious examples of counterfactual history ever committed to film. Not only did Mr. Tarantino posit a band of ultraviolent Hebrew avengers smashing the skulls and slicing off the scalps of German soldiers; he also imagined an act of terroristic mass murder —a fire in a crowded theater — that did not so much avenge the Holocaust as undo it.

Was this good for the Jews? Mr. Tarantino’s philo-Semitism, though unorthodox, also proved surprisingly less controversial than it might have even a few years ago. But now even the Holocaust has become a safe subject for pure entertainment. And there was something seductive in the fantasy figures he put up on screen in lavishly saturated color. The basterds themselves, to be sure, but even more so Shosanna, their unwitting co-conspirator, with her honey-blond hair, her African lover and her fangirl appreciation of cinema. In an Allen movie or a Roth novel, such a woman would have the added, transgressive attraction of being an archetypal shiksa, but in Mr. Tarantino’s looking-glass world of wish fulfillment, she was a Nice Jewish Girl.

In the real world of ethical reasoning, a crime like the Shoah refutes the logic of vengeance, which is the only story Mr. Tarantino knows how to tell. He derives it from westerns and martial arts films, among other sources, but the honor-based personal vendettas that propel those narratives become preposterous in the face of mass killing. Which may be why the machinery of death that has become a fixture (and something of a fetish) in so many Holocaust films has no place in the world of “Inglourious Basterds,” where the murder is retail, specific and individual.

But Mr. Tarantino’s brazen wishing away of genocide — an act of mad generosity and startling egotism — may not be so rare. After decades of sifting through the Jewish past in the interests of commemoration and comprehension, writers and filmmakers have more recently taken up the task of imagining it otherwise. A local variant of magic realism has flourished in Israeli literature for some time, most powerfully in the novels of David Grossman, but in America this impulse has at times taken a speculative, frankly fantastical turn.

What if things had been different? What if, instead of claiming a permanent home in Palestine, the displaced Jews of Europe had settled for a temporary claim on a sliver of Alaska? Or what if, just as Hitler was undertaking his murderous, expansionist policies, an anti-Semitic popular hero had been elected president of the United States and had visited upon America’s Jews a set of policies that combined Jim Crow and the Nuremberg laws?

Those are the conceits of “The Yiddish Policemen’s Union,” by Michael Chabon, and “The Plot Against America,” by Mr. Roth, novels that are much more than thought experiments tracking an alternative story of the Jews in North America. But such experimentation is nonetheless rampant at a time when the bonds of history seem to have loosened and when the imaginative possibilities, the varieties of available Jewish experience, have expanded at an almost dizzying rate. In Israel, in the diaspora, in every religious denomination and style, in a proliferation of cultural initiatives from hipster Yiddishism to Hebrew hip-hop.

All of which may be the current face of that sturdy old crisis. “Do you take advantage of the new freedoms?” a seductive neighbor — a desperate Jewish housewife — asks Larry Gopnik as she hands him a joint. Larry’s confused, ambivalent response is nothing new. Freedom has never been an entirely comfortable concept for a people whose deity bestowed upon them more than 600 commandments and who have historically feared not only annihilation, but also dissolution.

Emancipation in 18th- and 19th-century Europe turned out to be a mixed blessing, and in America in the 20th century assimilation was both an aspiration and a worry. Pious shopkeepers looked on with pride and dismay as some of their most brilliant and ambitious children made a great show of casting off parental strictures and the fetters of custom and claiming their individualist American birthright.

But then, as the generations progressed, they circled back. Nathan Zuckerman, Mr. Roth’s durable and defiant alter ego, returned to the clannish precincts of his (and Mr. Roth’s) childhood in Newark, much as the Coen brothers have found their way back to St. Louis Park. The past they imagine is also, in its way, a counter-narrative, not only because of its exaggerations, but also because of what is omitted. Neither the Holocaust nor Israel is mentioned in “A Serious Man,” which also limits the American 1960s to marijuana and the Jefferson Airplane, as if Vietnam, the civil rights movement and the urban riots had never happened.

Objectively, and compared with just about any of his ancestors, Larry Gopnik inhabits an earthly paradise, free from persecution, discrimination and want, surrounded (with a few exceptions) by his own kind, and with nothing to worry about but his job, his family and his God. Needless to say, he’s miserable. But his unhappiness makes for a pretty good joke. Why wouldn’t it?