The Jewish Palate: Spanish twist on the Festival of Trees 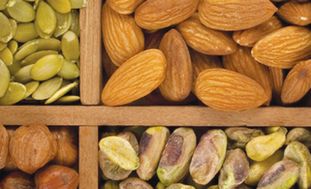 A column about Jewish history and food: How Jews make food from any part of the world Jewish, how to celebrate Tu B’Shvat in a Spanish way.

What is Jewish food? This question is a lot easier to answer than you think. Most of us in the Western World are familiar with such classics as Matzo Ball Soup, Knishes, Bagels, Corned Beef Sandwiches, and Chocolate Babka, but these items are more representative of New York City Jewish Cuisine than Jewish food as a whole. What we commonly think of as Jewish Food has become a stereotype of the Eastern and Central European Jewish immigrant. You may be shocked to learn that not all Jews eat Bagels. There are some Jews who have never even seen a bagel – it’s not part of their culinary tradition.

The unique aspect of Jewish food is that it encompasses a whole world of flavors and styles. Basically, any food can become Jewish if it adheres to the dietary laws given in the Torah and expanded by the Rabbis. So a pork chop can never be considered Jewish food, but a tuna maki roll (sushi) can be – as long as it is made with KOSHER ingredients. And that is the answer to the question. What makes food Jewish? KASHRUT! Without Kashrut, a Jew and his unique culture lose their identity. That is how fundamental Kashrut is to our existence.

The Jewish People have been scattered over the Earth, yet they have maintained their identity and developed very unique culinary traditions. This was achieved by tempering a new, local cuisine with the Laws of Kashrut. Thus we have an entire world packed with Jewish food!

Tu B’Shvat begins on January 20th this year. Throughout the world Jews eat foods on Tu B’Shvat that are characteristic of the land of Israel. The seven types of fruits and grains listed in Deuteronomy 8:8 are especially important. However, any fruit or nut that comes from a tree can be enjoyed as part of the holiday celebration. It is a great way to remind ourselves that springtime, with the promise of new life, is not far off.

Here is a recipe for a traditional Spanish (Galician) almond cake. It is perfect for any holiday celebration as many of the ingredients are pantry staples and because it is pareve it is suitable for meat or dairy meals. The recipe contains mostly tree related ingredients; olive oil, lemon, cinnamon, and almonds, as well as wheat which are many of the species listed in Deuteronomy 8:8.

Directions
1.In a large bowl, combine the eggs, lemon zest, cinnamon, granulated sugar, and salt. Whisk together until foamy.

2.Add the almond flour and mix well. Add the flour and mix until just incorporated. Be sure that the batter is smooth and that there is no dry flour remaining.

3.Transfer the batter to the prepared pan and bake for about 30 minutes, or until a knife inserted into the center comes out clean.

4.Remove the cake from the oven and allow it to cool for 10 minutes on a wire rack. After 10 minutes, carefully run a knife around the edge of the cake to be sure that it is not sticking to the pan. Remove the collar and allow the cake to cool to room temperature. When cool, invert the cake and remove the pan bottom.

Place cake upright on a serving plate. Dust the top with confectioner’s sugar.