John Robert Lewis died at age 80 after a battle with cancer. Rev. Cordy Tindell “C.T.” Vivian died at age 95 of natural causes. They died a day before the birthday of the late Nelson Mandela — another renown champion of racial equality.
Both men were the epitome of “good trouble” — Lewis’ favorite saying and approach to confronting injustices without violence. They worked alongside the Rev. Martin Luther King Jr. in the forefront of the historic struggle for racial justices in the 1960s.
At the height of the push for justice, their beatings at the protests galvanized support that led to key changes. After years of arrests, confrontations and unyielding demands for justice, they received the highest civilian honor from the nation’s first Black President. 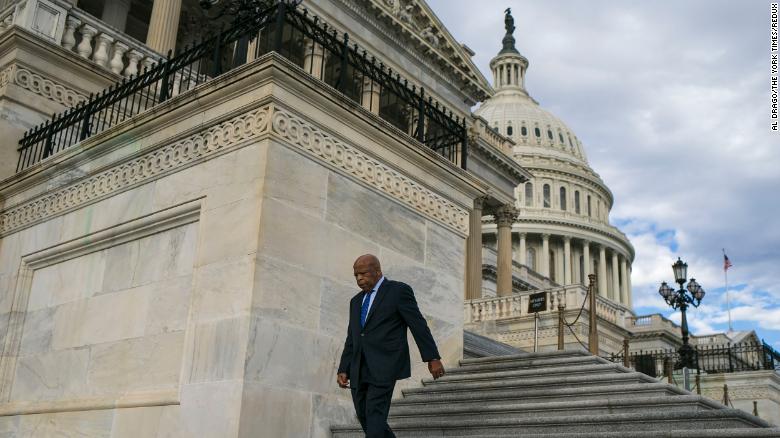 John Lewis was more than an icon of the civil rights movement. He was also a beloved Georgia congressman, a political force and an ally for marginalized communities nationwide.
“The world has lost a legend; the civil rights movement has lost an icon, the city of Atlanta has lost one of its most fearless leaders, and the Congressional Black Caucus has lost our longest serving member,” the Congressional Black Caucus said. ” … John Lewis was known as the conscience of our caucus.”
Lewis, a Democrat who served as the US representative for Georgia’s 5th congressional district for more than three decades, was considered a moral conscience of Congress because of his belief in a nonviolent fight for civil rights.
His passion for equal rights was backed by a long record of action that included dozens of arrests during protests against racial and social injustice.
A follower and colleague of Martin Luther King Jr., he participated in lunch counter sit-ins, joined the Freedom Riders in challenging segregated buses and — at the age of 23 — was a keynote speaker at the historic 1963 March on Washington. 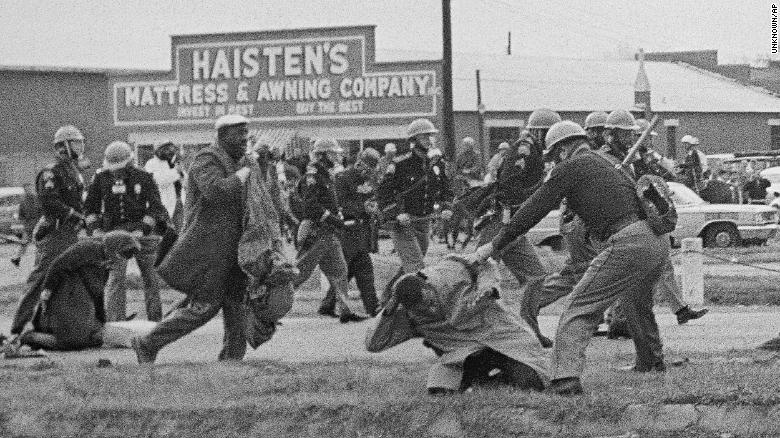 John Lewis is beaten by a state trooper during a civil rights voting march in Selma, Ala., on March 7, 1965.
“We do not want our freedom gradually; we want to be free now,” he said at the time.
“Sometimes when I look back and think about it, how did we do what we did? How did we succeed? We didn’t have a website. We didn’t have a cellular telephone,” Lewis has said of the civil rights movement.
At age 25, he also helped lead a march for voting rights on the Edmund Pettus Bridge in Selma, where he and other marchers were met by heavily armed state and local police who attacked them with clubs, fracturing Lewis’ skull.
Images from that “Bloody Sunday” shocked the nation and galvanized support for the Voting Rights Act of 1965, signed into law by President Lyndon B. Johnson.
In 2011, after more than 50 years on the front lines of the civil rights movement, America’s first Black President placed the Presidential Medal of Freedom on his neck.
Lewis has described attending President Barack Obama’s 2009 inauguration as an “out-of-body” experience.
When he announced that he’d been diagnosed with stage 4 pancreatic cancer in December, he vowed to fight.
“I have been in some kind of fight — for freedom, equality, basic human rights — for nearly my entire life. I have never faced a fight quite like the one I have now,” he said in a statement. 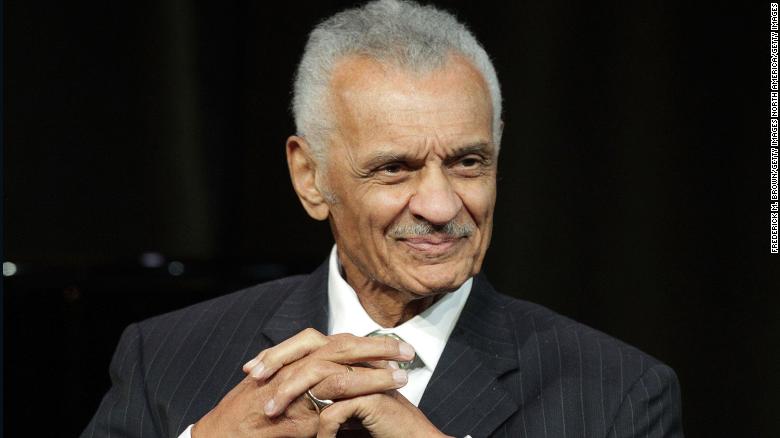 C.T. Vivian was also a major force in the civil rights movement. He worked alongside King and the Southern Christian Leadership Conference in the struggle for racial equality.
And like Lewis, he was also part of the Freedom Riders — civil rights activists who rode through southern states to make sure bus terminals and other public facilities were not segregated.
His civil rights actions started decades ago with his first nonviolent protest in 1947 — a lunch counter sit-in in Peoria, Illinois.
Vivian had a strong religious upbringing and he and other ministers founded the Nashville Christian Leadership Conference, an affiliate of the Southern Christian Leadership Conference. The group helped organize sit-ins and civil rights marches.
Some of the marches ended in violence against him. He once led a group of people to register to vote in Selma, Alabama, despite defiance by a local sheriff who blocked the group.
“We will register to vote because as citizens of the United States we have the right to do it,” he told the sheriff. The sheriff responded by beating Vivian until blood dripped off his chin in front of rolling cameras. The images helped galvanize wider support for change.
Vivian also created a college readiness program to help care for children kicked out of school for protesting racism.
The US Department of Education used his program as a guide to create Upward Bound, which was designed to improve high school and college graduation rates for students in underserved communities.
In the late 1970s, Vivian founded an anti-racism organization that focused on monitoring the Ku Klux Klan.
Obama awarded him the Presidential Medal of Freedom in 2013.