They That Were Lost 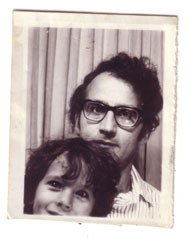 In the eighth century B.C., a hundred years before the Judeans were dropped by the river of Babylon, a different Jewish tribe, the Israelites, were also marched out of their ancient kingdom to begin a long exile. Unlike their Baghdadi brethren who would go on to write the Talmud, these Jews would spend the next 2,700 years isolated in the small mountain villages of Kurdistan. “They that were lost,” as the prophet Isaiah described them, mostly illiterate peasant farmers, their long history and distinct language almost completely unrecorded.

Lost, that is, until Yona Beh Sabagha, the very last bar mitzvah in the bustling Kurdish border town of Zakho. Little did he know it in 1950, but the burden of being the last would define his whole life. Kurdish Jewry in Iraq would soon end as 18,000 people left for Israel, escaping the backlash triggered by the Jewish state’s founding. With them, they took Aramaic, Jesus’ tongue and once the lingua franca of the Middle East, which persisted in Kurdistan even after Arabic conquered the region. As Yona experienced his family’s decline in Israel – his father, once a prosperous merchant in Zakho, was reduced to manual labor as members of the Kurdish community were maligned as primitives – preserving the dying language became his mission. The boy who spent every morning in Zakho’s synagogue watching his grandfather, the town cloth-dyer, lost in ecstatic prayer, grew up to become a respected academic who wrote the definitive dictionary of Neo-Aramaic, the last phase in the language’s evolution.

Yona Beh Sabagha’s son is Ariel Sabar, a journalist and now author of what could best be described as a biography of his father that is also part history, linguistics primer and memoir. “My Father’s Paradise” is a personal undertaking for a son who admits he never understood his unassuming, penny-pinching immigrant father, a man who spent three decades obsessively cataloging the words of his moribund mother tongue. Sabar once looked at his father with shame, scornful of the alien who still bore scars on his back from childhood bloodlettings. This book, he writes, is a chance to make amends.

The bulk of “My Father’s Paradise” centers on Yona Beh Sabagha’s transformation into Yona Sabar (a name change intended to echo the Hebrew word for native Israeli, sabra), moving from Kurdistan to the immigrant hovels of Jerusalem to Yale and finally to his life now as a professor at the University of California, Los Angeles. Along the way, we hear of a unique 20th-century Jewish upheaval, a community whose central trauma, after living peacefully with their Christian and Muslim neighbors, was being dispatched to a Europeanized Israel that failed to properly absorb them. Aramaic, that dying king of a language, also receives here a fitting eulogy.

As long as the focus stays on Yona Sabar, a last of the Mohicans for Kurdish Jews, the book is graceful and resonant. It falters only when the author extends too far beyond this narrative, imagining a bit too color?fully village life in Zakho or obsessively self-analyzing his dissonant relationship with his father. What holds our attention is that last bar mitzvah boy of Zakho, who, by helping to save Aramaic, managed to find a rare equilibrium between past and present. Or, as his son elegantly puts it, he “sublimated homesickness into a career.”

Gal Beckerman’s history of the Soviet Jewry movement will be published in the fall of 2009.