Although long-forgotten now, LaRue (who sometimes used the surname Jones) was among the favorites of Yiddish theater and cantorial music. Reportedly raised in Newark, New Jersey, by a single mother who was drawn to Judaism, he even drew interest from beyond the US.

LaRue was booked for more than one European tour in the 1930s, but audiences and critics in Jewish communities in Poland and Germany were somewhat more skeptical than the Americans. Although many were impressed with The Black Cantor — who sometimes added the Yiddish first name Toyve to his billing — others doubted his Jewish bona fides. One Warsaw newspaper published a cartoon of a Black man dressed as a cantor with an upside down prayer book on the podium in front of him, insinuating that LaRue was a scam.

But LaRue was the real thing, according to musicologist Henry Sapoznik, who recently spoke with The Times of Israel about the little-known history of Black cantors. Sapoznik related that LaRue was hardly the only Black cantor or Yiddish theater performers of that era. There were at least a dozen, including one woman.

The proof of LaRue’s cantorial and Yiddish singing chops rests with what can be heard on a recently rediscovered 78 RPM record that he made in 1923. So far, it is the only known early 20th century recording of an African-American singing cantorial music.

An avid discographer, Sapoznik had been searching for this record for 45 years, and finally located it this past July. Ironically, Sapoznik recovered the disc at the sound archives of the YIVO Institute for Jewish Research in New York, which he himself founded and directed from 1982 to 1995.

“From time to time I would put out calls to my network asking if anyone had seen the record, but I would never get any answers. At a certain point I thought, ‘This is crazy. I’m not going to ever find it,’” an amazed Sapoznik told The Times of Israel in a video interview from his home in New York.

Sapoznik’s prolonged quest for this particular recording led to the exciting discovery of other forgotten Black cantors who were on the lecture-concert circuit in the Jewish world and were more or less contemporaries of LaRue. 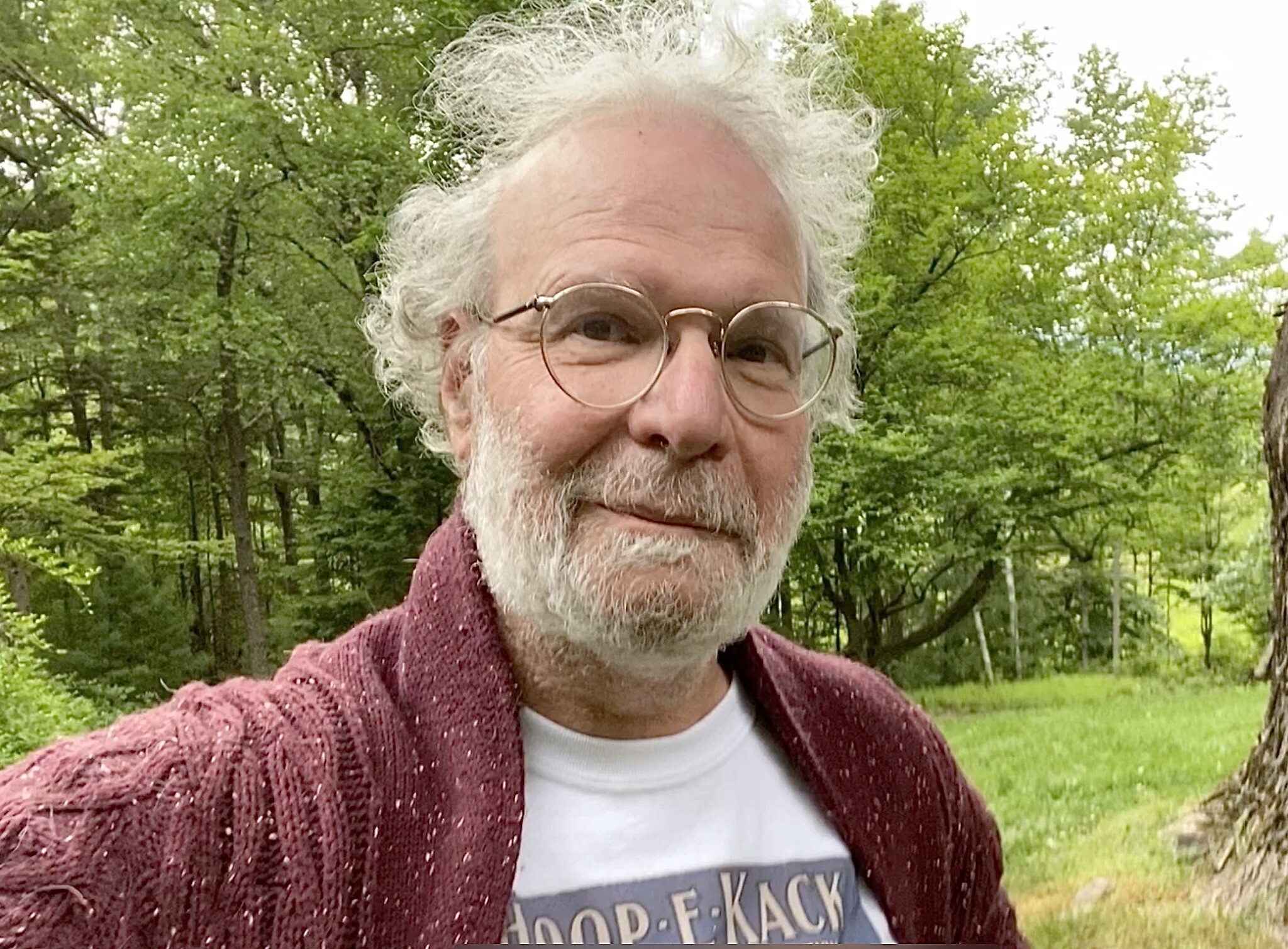 During the decades that Sapoznik, a native Yiddish speaker and an award-winning producer, musicologist and performer, and writer in the fields of traditional and popular Yiddish and American music and culture, searched for LaRue’s record, he amassed a sizeable dossier of information on these African-American cantors. It includes 150 period articles, reviews and advertisements in the mainstream, Black and Yiddish press about LaRue alone.

Sapoznik, 67, is sharing his findings with tens of thousands of readers on his research blog. He hopes to reveal more of this lost chapter of the intersection of Jewish and Black life, and would like to ultimately publish a book on the subject.

While some Black cantors broke out as cantorial soloists and stars of the Yiddish stage, others mainly served as congregational cantors. They did this in Black synagogues in Harlem, which sprung up in the first decades of the 20th century as Blacks moved northward to escape the Jim Crow South.

Harlem was initially a primarily Jewish neighborhood, so the Black newcomers came into regular contact with their Jewish neighbors. This, together with rising Zionism-inspired Black nationalism, led some Blacks (who were rejected by the Jewish religious establishment) to form their own congregations in which they practiced Jewish rituals and used the Hebrew and Yiddish languages.

Among the Black congregations highlighted by Sapoznik were The Moorish Zionist Temple founded by Rabbi Mordechai Herman, who claimed direct Ethiopian lineage, and Congregation Beth B’nai Abraham founded in 1929 by the Barbados-born Rabbi Arnold Josiah Ford.

Rabbi Wentworth Arthur Matthew, a West Indian immigrant, founded The Commandment Keepers Ethiopian Hebrew Congregation in 1919, and would go on to establish a network of synagogues in the US and the Caribbean based on traditional Orthodox Ashkenazi traditions.

Sapoznik surmised that Blacks from the Caribbean may have adopted the religion of Jewish slaveholders, and that Blacks claiming Abyssinian (Ethiopian) lineage did so as a way of claiming a connection to Old Testament Hebrews.

Sapoznik sourced Yiddish journalists who marveled at the existence of Black cantors. After meeting a young man named Mendel, der Shvartzer Khazn (Mendel the Black Cantor), one writer exclaimed in a June 1920 newspaper column, “He sings with a real Yiddish turn, with a real Yiddish moan and sigh. The old-time Jewish trope is there and really Jewish… Make no mistake… Until now we’ve only had a Jewish black — Al Jolson — a cantor’s son who makes believe he is Black. But here is a Black man who is a cantor…”

All about the backstory

Black cantors aimed to outdo one another in terms of their personal backstories. Willie “The Lion” Smith, who became a renowned Jazz pianist, billed himself in Yiddish on his calling card as der Yiddisher Khazn (The Yiddish Cantor), but in English as The Hebrew Cantor. Regardless, his father was reportedly Jewish, and he grew up in Newark, New Jersey, among Jews and spoke Yiddish. He received religious instruction and bar mitzvah preparation from a local rabbi, who taught him alongside his own children.

Others claimed more exotic backgrounds. Dovid, di Kalskrite Ha’Cohen der Falash (David Cohen the Calligrapher from Abyssinia) claimed to be from the Ethiopian port city of Masawa, know 29 languages, and have studied in Paris and Palestine. He said he was trained by a cantor in Russia and married a Jewish woman in Pinsk and had two children with her before coming to the US thanks to a position as a translator for the US Army.

Goldye, di Shvartze Khaznte (Goldye the Black Female Cantor aka Goldye M. Steiner), who appears to have been the second female cantor after a white woman named Madame Sophie Kurtzer, was said to be from an African Jewish tribe called “Sheba of Gza.” According to a 1925 promotion in The Jewish Criterion in Pittsburgh, Goldye studied opera in Milan and sang in six languages.

“There seemed to be a renewable source of creation myths. The whole Abyssinian thing was to try to get a shortcut to yichus [pedigree], to cut to the chase,” Sapoznik said.

So far, he has not been able to confirm or debunk any of the published claims about the origins of the more high-profile Black cantors, whose backgrounds were usually a selling point in concert promotions. While it was relatively easy for Sapoznik to locate historical ephemera online, his genealogical searches ran into dead ends.

Despite his relative fame, LaRue did not reveal much about his background, and he did not offer any fanciful origin stories. Instead, he apparently preferred to focus on making a name for himself.

“He was handled by impresarios and managers, but he was an active participant in creating his own brand… He had so many irons in the fire — concerts, theater, published music, sound recordings, radio. Everyone knew who he was,” said Sapoznik.

Sapoznik excitedly told The Times of Israel what it was like to listen to the record that he had sought since the mid-1970s after noticing it listed in a catalogue from OKeh Records, a label founded in 1918. OKeh had a “race records” section for music marketed to the Black community and recorded by many of the early jazz and blues greats, such as Louis Armstrong and Bessie Smith. LaRue, although Black, was listed among Okeh’s records targeted at the Jewish community.

Interestingly, Sapoznik found the copyrighted sheet music published by LaRue for the record’s A side before finding the actual recording. This surprised him, as  there would have been far fewer copies of the sheet music printed than records pressed.

The A side is “Yidele Farlier Nit Dein Hoffnung,” composed by Sholom Secunda and written by Isidor Lash in 1920. The lyrics of the song list atrocities committed against Jews throughout history, and encourage Jews not to give up hope.

Sapoznik noted that rather than choosing a “barnburner like Kol Nidre“ for the record’s B side, LaRue opted for a modest prayer of supplication from the daily morning service, “Misratzeh Berach’mim,” (Become favorable through compassion).

According to Sapoznik, one must listen to this rare recording from two perspectives. On the linguistic level, he judged LaRue’s pronunciation (of the Yiddish and Ashkenazic-inflected Hebrew) as flawless.

“He knows where the emphasis falls on the words. He sounds like a native speaker. He is consistent. That is the most important thing. If he had not been pronouncing things properly, [his career] would have been over,” Sapoznik said.

The side A Yiddish song was particularly strong, whereas the prayer on side B was a bit weak in terms of musical literacy.

“It sounds like he learned off records. You can hear it. He has real powerful stylistic elements that to my ear came from [the great cantor and composer] Yossele Rosenblatt. But I hear breaks. I hear that there is a place he cannot go, that for some reason his instincts do not lead him to a deeper interpretation,” Sapoznik said.

But overall, The Black Cantor sounded legitimate to Sapoznik’s expert ear. This allayed his initial fears that the notion of an early 20th century Black cantorial performer might have been a joke or gimmick, which would not have been out of place in that era of ethnic depictions.

“I think he passed a critical test about being an active member of the Jewish soundscape,” Sapoznik said of LaRue.

So what happened to these Black cantors? The trail of relevant archival documents (newspaper announcements, concert reviews, posters, show bills) runs cold by the early 1950s.

Sapoznik attributed the demise of the phenomenon to major changes in the American Jewish community in the post-WWII years. The African-American cantors and Yiddish stage performers appear to have disappeared as the milieu that created and sustained them faded a way.

“These original Black cantors were able to construct a viable presence because of an active Yiddish culture,” Sapoznik said.

The use of Yiddish declined as Hebrew gained prominence after the establishment of Israel, and a there was a gradual switch away from the traditional style of cantorial-led prayer to more participatory congregational singing.

“The novelty aspect of the Black cantor was an interwar thing. The mid-century marked a discontinuity in African-American participation in Jewish culture,” Sapoznik said.