Black-Jewish relations at a crossroads

This year, 2013, is an important milestone 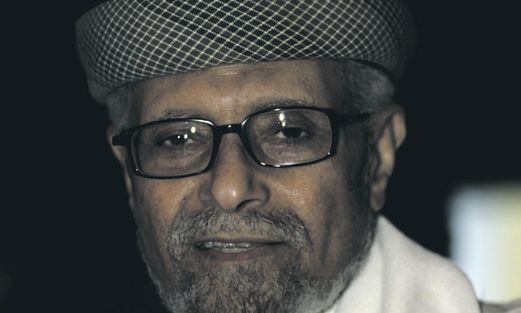 This year, 2013, is an important milestone in the history of Black-Jewish relations – a subject involving two Diaspora peoples whose histories spans continents that is of considerable interest to Israelis as well as Americans.

One hundred years ago, Northern businessman Leo Frank was arrested, wrongfully convicted, and later lynched for rape and murder in Jim Crow Georgia, providing a wake-up call to the fledgling Anti-Defamation League that relations with African Americans needed to be on the Jewish agenda.

Fifty years ago, the year Rev. Martin Luther King, Jr., delivered his “I Have a Dream” speech, Norman Podhoretz published in Commentary “My Negro Problem – And Ours” signaling that, even when Black-Jewish relations were brightest, there were storm clouds on the horizon. And now fiery Nation of Islam leader Louis Farrakhan – still spewing hatred – turns 80 this month.

As a consultant for the Simon Wiesenthal Center since the 1980s, I have teamed with Rabbi Abraham Cooper in tracking Farrakhan in hopes that a door might open to constructive dialogue with the Jewish community.

No such luck. Typically, Farrakhan would combine promises to meet with rabbis with self-justifying declarations that he’s “only told the truth” about Jews – followed by renewed outbursts of anti-Semitism.

Notorious for calling Judaism a “gutter” or “dirty” religion and Hitler “a great man” – statements his apologists continue to try to explain away – Farrakhan gave anti-Semitic libel a new twist when the anonymous Historical Research Department of his Nation of Islam published The Secret Relationship Between Blacks and Jews (1991) which I answered with a refutation, based on my doctoral dissertation, diagnosing Farrakhan as suffering from a case of “Jews on the brain.”

In 1996, when he scored a great political triumph by organizing the Million Man March on Washington, attracting about 700,000 African Americans around such positive goals as reduced drug crime and gang violence, he already had a lot to live down. Foremost was his role in the 1965 assassination of his mentor Malcolm X – who left the Nation of Islam for authentic Islam.

Even Farrakhan admits that his rhetoric attacking Malcolm as “an international hobo” who should come home “to face the music” and have his head “on the sidewalk” helped Malcolm’s murder. Yet had Farrakhan (who’s still fighting a long battle with prostate cancer) died at the time of the MMM most obituaries would probably have been lauded his controversial career climaxing in a remarkable feat of African American cultural renewal.

Unfortunately, Farrakhan since 1996 has failed to deliver on the MMM’s positive message, stubbornly choosing to remain the pied piper of divisiveness. Of course, Farrakhan still has many defenders. Some have shot back, even accusing me of a case of “Farrakhan on the brain.”

My answer is simply this: what other African American figure can still spellbind an audience of 20,000 for hours with vicious political theology? Though his anti- Semitism is best known, Farrakhan is an equal-opportunity hater vilifying not only Jews but Korean and Arab storekeepers, gays, single mothers and of course the United States, whose demise he predicts like clockwork.

IS THERE a positive answer to Farrakhan in terms of Black-Jewish relations? Yes, if you look for it. One answer is a man named Ephraim Isaac.

If in 2013 “multicultural” means not necessarily being pigeonholed in one religious-ethnic-racial category but embodying many, than Ephraim Isaac – an African-born American of both Ethiopian and Yemenite, Christian and Jewish heritage – qualifies as much as Barack Obama.

Wearing a colorful Sephardi-style kippa and flowing African robes, Ephraim Isaac is a scholar-activist who combines a profound knowledge of ancient Judaism with a commitment to the peaceful future of the Jewish and Israeli people in a diverse world.

Nothing better symbolizes Isaac’s achievements as an ambassador for Judaism to the non-Jewish world than two wonderful musical events separated by four decades. In 1960, he returned to Addis Ababa from undergraduate study at Concordia College in Minnesota, where he translated into Ethiopia’s predominant language, Amharic, Handel’s Messiah, which in his version was then performed in the Ethiopian National Theater and at the Imperial Palace of Emperor Haile Selassie.

Forty years later, he was welcomed back to Ethiopia, this time as an acclaimed peacemaker, and was invited to be guest conductor for a performance of the “Hallelujah Chorus” by an international chorus at Addis Ababa’s City Hall.

Isaac’s significance is twofold: as a scholar who has placed his learning the service of the betterment of intergroup relations in the United States; and as peacemaker in the Horn of Africa and the Middle East. Isaac used his scholarship to demolish hurtful myths about Jews in relation to Africans and African Americans. The Simon Wiesenthal Center supported his efforts.

A master of 17 languages, including Amharic and ancient Aramaic, Isaac works tirelessly to improve relations between Jews and African Americans and other minorities.

ISAAC’S SECOND vital contribution has been as a global bridge-builder and peacemaker. During his lifetime, Ethiopia has experienced traumatic changes – from Italian occupation, to British administration, to the restoration of Haile Selassie, to “Red Terror” under the Communist Derg regime, to the Ethiopian-Eritrean civil war, to tenuous peace.

In the midst of all this, the Beta Israel were evacuated to the Jewish state by Operation Moses (1985) and Operation Solomon (1991). For four decades, Isaac has been at the vital center of international efforts for Ethiopian peacemaking through leadership of the Ethiopian Students’ Association in North America, the Committee for Ethiopian Literacy that taught millions of Ethiopians, the Ad Hoc Peace Committee for Ethiopia, and the Peace and Development Committee. Isaac has stimulated grassroots reconciliation – notably, through his work revitalizing Ethiopian traditions of shimagele-jarsa (conflict resolution) and eldership in the serve of peacemaking.

In September 1992, on the Ethiopian New Year, Isaac organized an Interfaith Prayer Day for reconciliation. In between the choir’s songs, representatives from Christian, Muslim and Jewish traditions prayed for the peaceful future of Ethiopia. These hopes – to a limited measure – were fulfilled. He carried the same message to a global audience in 1993 as a prominent delegate to the World Parliament of Religions, held in Chicago.

In 2010, Isaac aided in in the holding of new elections and the release of Bertukan Midaksa, the leader of the main Ethiopian opposition party. In 2011 and 2012, he helped with the release of kidnap victims held for ransom as well as political prisoners.

Isaac doesn’t know his exact birthday, only that he was born in 1936. In high school in Ethiopia, he chose May 29 by lot – which happened to be JFK’s birthday! The key to understanding Isaac is a family history reminiscent of the Jewish patriarchs and Job.

His father came from Yemen to Ethiopia where his first wife was attacked by a silversmith who then fled and converted to Islam. Ephraim’s father was among a party deputized to hunt down and bring back the culprit.

Instead, most of the posse members became ill or died during the pursuit, and Ephraim’s father fell under the sway of the man whom he sought to capture.

Forced to work as an unpaid silversmith’s assistant, he was also pressured to take a local woman as wife. After two years of resistance and prayer, he agreed to marry an Ethiopian woman of his own choosing who converted to Judaism and bore a son whose first name can be spelled with the first letters of the words “Eternity, Paradise, Heaven, Revelation, Adam, Inspire, Mercy.”

Ephraim’s father – a tzaddik – immersed him in the teachings of Isaiah and Jeremiah – most of all, Isaiah’s prophecy (2:4) that “they shall beat their swords into plowshares… nation shall not lift up sword against nation, neither shall they learn war any more.”

Isaac made the Institute of Semitic Studies in Princeton into a vehicle for promoting peace both in the Horn of Africa and in the Middle East. Vitally involved in the affairs of the Yemenite Jewish community in Israel and the Yemenite Jewish Federation of America, he organized a Jewish-Muslim reconciliation conference at Princeton in 2002 that highlighted the early 20th-century collaboration between Yemen’s supreme Muslim religious leader, Imam Yahya, and Rabbi Shalom Gamliel.

The first Ethiopian to receive a PhD from Harvard – where a prize for the best undergraduate essay in African history bears his name – Isaac is a world-class scholar of late Second Temple Jewish and ancient Ethiopian Ge’ez literatures. He is the leading authority on the Book of Enoch, including the Dead Sea Scrolls’ fragments of Enoch. Also an interfaith authority, he has written the definitive book in English on the Ethiopian Orthodox Church.

Ephraim Isaac has been honored for his prophetic contribution to peacemaking in Ethiopia as well as many other countries from Germany to Japan. He deserves even more widespread recognition.

In the US, levels of anti-Semitism among African Americans are troublingly high – yet the younger and better-educated are more tolerant than their elders. In contrast to Louis Farrakhan, Ephraim Isaac represents hope for a more tolerant future.
(Tags: Black, Jews, Leader, History, Anti-Semitism)