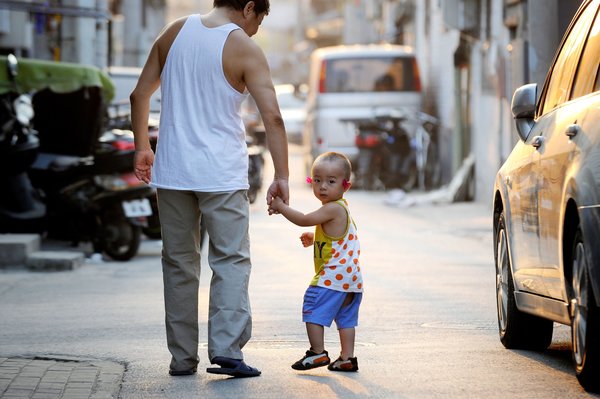 Senior party officials, led by President Xi Jinping, endorsed the 60 initiatives at a four-day Central Committee conference that ended Tuesday, but details were released Friday. Mr. Xi described the document as a bold call for economic renewal, social improvement and patriotic nation-building — all under the firm control of one-party rule.

“We must certainly have the courage and conviction to renew ourselves,” he said in a statement accompanying the decision. Both were issued by the official news agency, Xinhua.

Mr. Xi, who assumed China’s top party leadership post a year ago and the presidency eight months ago, has tried to project an image as a leader who can pursue a potentially conflicting agenda: making China’s economy more responsive to market forces and giving its people greater social and economic freedom while fortifying traditional one-party rule.

For months, analysts have speculated about the economic policies that could be introduced at the meeting. But the planned changes to population policy and punishment, two areas where overhauls have been debated, and delayed, for years, gave the decision significance beyond the economy. They could stir public expectations of even bolder changes under Mr. Xi and Prime Minister Li Keqiang in the decade they are likely to spend in office.

“Xi Jinping may have the most concentrated power of any Chinese leader since Deng Xiaoping,” said Xiao Gongqin, a professor of history in Shanghai who closely follows Chinese politics and advocates “neo-authoritarian” rule to protect the march of market overhauls. “Politically, he has pursued an ideological tightening, because he wants to prevent the kind of explosion in political demands that could come in a relaxed environment. That’s the biggest danger for any government entering a period of reform.”

For decades, most urban couples have been restricted to having one child. That has been changing fitfully, with rules on the books that couples can have two children if both parents are single children. But that policy will now be further relaxed nationwide. Many rural couples already have two children, and some have more.

“This is the first time that a central document has clearly proposed allowing two children when a husband or wife is an only child,” said Wang Guangzhou, a demographer at the Chinese Academy of Social Sciences in Beijing. “Now it’s just talking about launching this, but the specific policies have to be developed at the operational level.”

If carried through, the relaxation would be the first significant nationwide easing of family size restrictions that have been in place since the 1970s, said Wang Feng, a demographer who teaches at both the University of California, Irvine, and Fudan University in Shanghai. He estimated the policy could lead to one million to two million more births in China every year, on top of the approximately 15 million births a year now.

“This step is really, I think, the middle step toward allowing all couples to have two children, and eventually taking away the state’s hand,” Professor Wang said. “But this shift is historical. It’s fundamental. To change the mentality of the society of policy makers has taken people more than a decade.”

The one-child restrictions were introduced to deal with official fears that China’s population would devour too many resources and suffocate growth. But they have created public ire and international criticism over forced abortions, and have created a population of 1.34 billion, according to a 2010 census, that is aging relatively rapidly, even before China establishes a firm foothold in prosperity. Experts have for years urged some relaxation of the controls.

The party leaders also confirmed an announcement made earlier this year, and then abruptly retracted, that they intend to abolish re-education through labor, which since the 1950s has empowered police authorities to imprison people without any real judicial review. Experts and officials have debated whether to adjust or abolish the system of camps since the 1980s. Now abolition is closer.

“Abolish the system of re-education through labor,” said the decision, which proposed expanding community corrections to partly replace the system.

“This is a significant step forward,” said Nicholas Bequelin, a senior researcher who specializes in China with Human Rights Watch, an advocacy organization based in New York.

“It doesn’t mean that China is going to be kinder to dissent and to its critics,” Mr. Bequelin said. “But it’s an important step to do away with a system that not only profoundly violated human rights, but was also standing in the way of any further legal reform.”

Re-education through labor was introduced under Mao Zedong to lock away those considered political opponents, and it expanded into a system of incarceration holding more than 100,000 people, many of them working in prison factories and on farms. Sentences are determined by the police, and defendants have scant chance to appeal imprisonment that can last up to four years.

The document gives no date for bringing labor re-education to an end, or for introducing the changes to family planning policy. And there is the possibility that the government will delay or dilute the changes, or introduce similar restrictions under another name, Mr. Bequelin said. The decision also leaves in place labor camps that are part of the general penal system for those convicted in court.

In a country that carries out more executions than the rest of the world combined, the document pledged to gradually reduce the number of crimes that can result in the death penalty. But it gave no details about which crimes may be affected.

Under Mr. Xi, the government has pursued a broad crackdown on political dissent, critical opinion and rumors on the Internet, and perceived ideological threats. But the decision promised fairer and more predictable treatment from the police and the courts, hinting at support for long-discussed measures intended to make judges more independent of the local officials in their jurisdictions.

“Improve the transparency and public credibility of the judiciary,” Mr. Xi said in his statement. But he also promised more stringent controls on the Internet: “Ensuring order, national security and social stability in the dissemination of information on the Internet has become a real and pressing problem facing us.”

The bulk of the Central Committee decision dwelt on economic changes intended to rejuvenate growth by encouraging private investment, more efficient use of bank capital and the leasing of land by farmers into larger, more viable holdings.

“Reform of the economic system is the focal point of comprehensively deepening reform,” the decision said. “The core issue is properly handling the relationship between the government and the market.”

The most important changes propose to reduce risks and distortions in government finances, which give local administrations many tasks but relatively few sources of revenue, forcing them to rely on taking land from farmers for relatively little compensation. Other proposals include introducing more market-based pricing into areas such as energy and water.

But these changes could encounter resistance from government ministries, large state-owned companies, local governments and consumers potentially hurt by price rises. “They’ve gone a long way to meet market expectations, and everyone is going to look at implementation,” said Stephen Green, head of Greater China research for the banking and financial services company Standard Chartered.