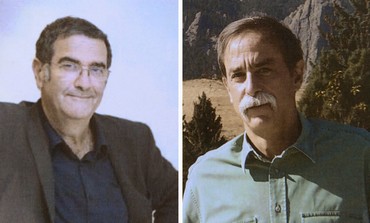 Serge Haroche, a French-Jewish physicist, has won the Nobel Prize in Physics jointly with David Wineland from the United States.

The Nobel Prize in Physics 2012 went to the scientists “for groundbreaking experimental methods that enable measuring and manipulation of individual quantum systems,” the website of the Nobel Prize said.

According to the BBC, the pair developed solutions to pick, manipulate and measure photons and ions individually, allowing an insight into a microscopic world that was once just the province of scientific theory.

Haroche, who was born 68 years ago in Casablanca, Morocco, told Le Figaro that he “had a hard time understanding” the news when a representative of the Nobel Prize committee called him on his cellular phone to say he had won what is considered the highest form of recognition of scientific excellence.

Haroche, of Collège de France and Ecole Normale Supérieure, will share a $1.2 million grant from the Nobel Prize Committee with Wineland, a researcher at the Maryland-based National Institute of Standards and Technology and at the University of Colorado.

Le Figaro quotes Haroche as saying he was walking with his wife down the street when he received the call from Sweden. He said he had to sit down on a bench before passing on the news to family.

Richard Prasquier, the president of CRIF, the umbrella organization of France’s Jewish communities, told JTA: “The achievement belongs to the scientists, but a small part of me is also proud today.” Mutual friends described Haroche to Prasquier as “a truly brilliant thinker, known for his creativity,” Prasquier said.

Prasquier noted that Haroche had worked closely with Claude Cohen-Tannoudji – also a French Jew of North African descent – who won the Nobel Prize in physics in 1997.

The Algeria-born Cohen-Tannoudji, 79, is still an active researcher at Ecole Normale Supérieure in Paris.