Always a Jew, always an Olivia 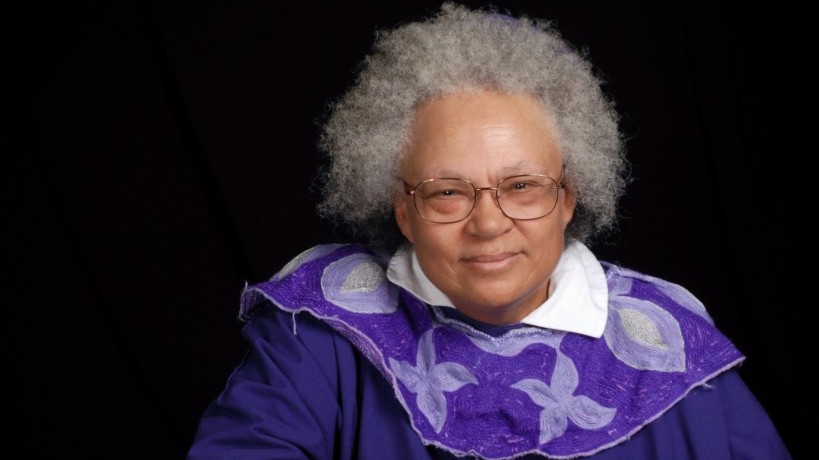 According to Jewish tradition, all Jews were standing at Sinai. As a child, Carolivia Herron was sure she, too, had been there; that she has seen Moses. But as a little African-American girl with “nappy hair” (of which she later wrote in a so-titled, controversial children’s book) and a Baptist mother and a Methodist father, there would have been little, if any, reason to think that she really had a “yiddishe neshama” (Jewish soul).

But, as it turned out, Herron was Jewish — but neither she nor anyone else (or so it seemed to her) knew it at the time. The story of how exactly this came to be is amazing, and it is one that Herron is now sharing through her latest children’s book, “Always an Olivia: A Remarkable Family History” (Kar-Ben Publishing, 2007).

This professor of comparative literature and African American studies’ genealogical narrative is one of Sephardic Jewish ancestry, but with some highly unusual twists, including a kidnapping by pirates, a rescue by the US Marines, and a long sojourn with the Geechees (also known as the Gullah), a unique community of free African-Americans — former slaves — living on the coastal islands off the Carolinas, Georgia and Florida.

“I remember that when I was four years old and the pastor in church spoke about Moses seeing God. I was transported. It was as though I was right there looking at the scene myself,” Herron recalled about her Washington, DC childhood in a conversation with The Times of Israel. “I thought everyone else in church had been there too, but it turned out they weren’t.”

Herron, who was born in 1947, now attributes her strong connection with Moses, identification with Bible stories, and yearning to relate to God without any intermediary, to her feeling singled out within her family by a life-altering experience. As a three year old, she was the sole witness to her infant brother’s death. “It was a seminal event,” she said.

But as far as knowing any Jews in the real world, that didn’t happen until she, at the age of 8, befriended the local Jewish greengrocer. “Until then, I didn’t know Jews were in the world, I thought they existed as though in fairy tales,” she explained.

Herron shared her infatuation with Moses with the Jewish man. But every time she asked him whether he personally knew Moses, he would say no. That is, until one day two years later — the day he stopped working at the store for good and after which she never saw him again — when he admitted that, in fact, he had been in Egypt with Moses.

Herron never did quite understand what the grocer was trying to say, until many years later, while attending a seder, she heard the words from the Haggada about how all Jews must see themselves as having personally gone out of Egypt.

That turned out to be just one of the moments in which things clicked into place for Herron, leading her not only to officially convert to Judaism, but also to eventually discover that part of her family had been Jewish all along.

“The longing to be Jewish came over me at grad school at the University of Pennsylvania,” she said. She went on to teach at Harvard and Mount Holyoke College, and underwent a Conservative conversion at the age of 47 in Cambridge, Massachusetts in 1994.

However, Herron, who as a girl would use the money her mother gave her to buy pork to buy kosher pickles instead, suggested that “if Jews had been proselytizing, I’d have been Jewish by 18 or 19.”

During the period that Herron was studying for and going through her conversion, her parents came to visit her several times. “My father loved the idea immediately,” she shared. “When my mom, who had originally been less enthusiastic, saw me in synagogue with the Torah, she told me, ‘You’ve been Jewish all your life. I just didn’t know it.’”

One Friday night, as Herron lit the Shabbat candles, her father, Oscar, suddenly exclaimed, “My mother used to pray that prayer!” Herron was taken aback to hear this, but the shock caused her to suddenly recall “as an entire nugget that came back to me all at once” a fantastical story her great-grandmother Olivia had told her when she was a young girl. She also recalled that her grandmother, her father’s mother, had lit candles on Friday nights — but she had always told Olivia and the other children that it was just in honor of their visiting her.

Herron had always known that her mother was descended from African-American slaves from Boston, as well as from Native Americans. Her father, who was born into the black community in Portsmouth, Virginia, hailed from Geechees on his maternal side and from what family members referred to as “Spanish” people (probably Latinos) on his paternal side.

“The used to say that my dad had a ‘Portuguese’ look,” Herron said. “I always knew that we were descended from a pirate who was Geechee, and that Oscar and Olivia were family names — that there was traditionally an Oscar and an Olivia in every generation of the family.”

But the long-buried story Herron had suddenly remembered finally explained the meaning and import of her name — she was given the names Carol Olivia (she later combined the two), and she was the Olivia of her generation. Hence, the title of her book: “Always an Olivia,” and the telling of the true tale within its covers.

Herron is descended from a young woman named Sarah Shulamit, who was born in Venice, Italy into a family of Conversos who had arrived there after first fleeing the Inquisition in Spain, and then Portugal. One day in the early 1800s, Sarah Shulamit was walking by the sea and was kidnapped by pirates who planned to ransom her to wealthy Jews in North Africa. As luck would have it, there was a young man on the pirates’ ship who had been forced into a life of piracy against his will. He and Sarah Shulamit smuggled themselves off the ship in Tripoli, Libya, where they sought assistance from local Jewish elders.

The Libyan Jews urged the young man to make his way to America with the US Marines (then a division of the Navy), whose ships were temporarily docked “on the shores of Tripoli.” Sarah Shulamit refused to leave the young man, so the two embarked for the United States together. The Marine captain let them off in 1805 on the Georgia Sea Islands, where they married and raised a family, their children intermarrying with the local Geechee population.

“Sarah began using the middle name Olivia, instead of the Hebrew name Shulamit. Even in America, she was worried about people hurting her because she was Jewish. She chose Olivia because it made her think of an olive branch, the symbol of peace,” Herron writes in her book.

“The story was buried in my memory the whole time,” Herron said. “But every part of it is verifiable, and I’ve done the research.” As for why the captain dropped the young couple off with the free Geechees, she speculates that since at the time Jews were not racially considered “white,” he might have figured that Sarah would not fit in well with white community in the North, and that it would have been too dangerous to drop them off in the slave-owning South.

Herron told The Times of Israel that it is early yet to know how the book has been widely received, since it has only now come out in paperback, and she is using the opportunity to go out on a book tour to promote it. However, many people already look to her as a role model for Jews of color and the diverse Jewish experience. Last year she was awarded the Be’chol Lashon Media Award for her contribution to children’s literature.

“Carolivia successfully captures many aspects of her black Jewish experience. She is deeply rooted in her history and her Judaism as reflected in her autobiographical ‘Always an Olivia,’” said Diane Tobin, director of Be’chol Lashon, a Jewish diversity organization, to The Times of Israel.

Elizabeth Stone invited Herron this past May to an annual author event in memory of her late parents, Daniel and Anne Stone, in Burlingame, California. “I was familiar with ‘Nappy Hair’ because I was teaching… when the book became controversial and was quickly banned. When I read that Herron had won an award from Be’chol Lashon for ‘Always an Olivia’ and learned that she was also Jewish, I knew she would be a terrific presenter with a personal story that would captivate her audience.” said Stone.

“I was especially drawn to ‘Always an Olivia,’ because growing up as an Ashkenazi daughter of a Holocaust survivor in the San Francisco Bay Area, I didn’t meet a Sephardic Jew until I was a 20 years old… Everyone in my childhood neighborhood and at temple was either German or Russian. I had never heard the word ‘Sephardic,’” she shared. “Needless to say, I realized how ignorant I was about my own Jewish heritage. I knew Herron would present the broader definition of what it meant to be a Jew. And the students, librarians, and teachers who would hear her would not only learn about her as a writer, but she would dispel any assumptions they might hold about what Jews looked like or where they came from.”

It all makes sense now why Herron, even as a very young girl, felt a strong kinship with the biblical Moses. She writes in her book that she remembers her great-grandmother telling her, as part of that revelatory story, about what it was like to be alive back when the Emancipation Proclamation was read and the slaves were freed.
“But we weren’t slaves then,” she emphasized. “Our slavery was long, long ago, back in Egypt.”
(Tags: Jewish, Black, Ancestry, Hidden Jews)