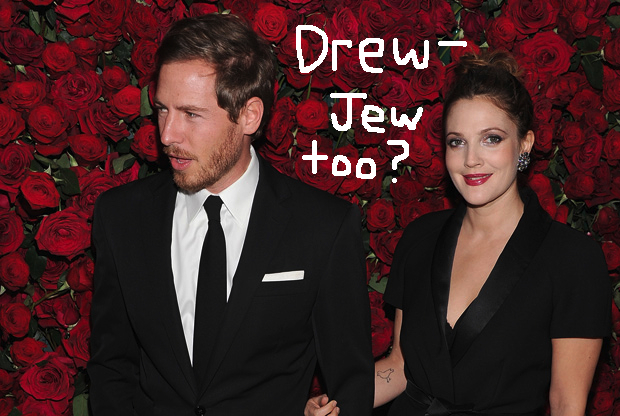 Word on the street is that Drew Barrymore might follow in the footsteps of Marilyn Monroe, Isla Fisher, and Elizabeth Banks, by joining the Tribe. According to reports, she and Will Kopelman (pictured above with Barrymore) are planning to tie the knot later this year, and she wants to give him the greatest gift she can think of–Jewish kids. That’s the “what and why,” no word yet on the “why and how,” but here’s hoping it’s for real. And just to set the record straight, if she goes through with it, Ms. Barrymore will not be the first Member of the Tribe to also be a member of Charlie’s Angels, that distinction already belongs to Tanya Roberts (hey, at least it’s not Shelly Hack).