The Secret Jewish History of Vanilla From the time I was a little girl, I loved the scent of vanilla. My mother would open the brown bottle of extract, pass it to me to inhale, and then add the smallest splash to the noodles, eggs, raisins, and sugar in her sweet noodle kugel. Back then, I had no idea that vanilla had any Jewish connection other than to my mother’s kugel. But a recent archeological find has changed that.

It was accepted wisdom that the orchids that produce the vanilla bean were first cultivated by the Aztecs more than 1,000 years ago and then introduced to Europe in the 1500s by the Spaniards who conquered them. Thanks to a tomb unearthed by archeologists from Tel Aviv University, it appears that the Canaanites, living in Megiddo, in northern Israel, were using vanilla more than 2,500 years earlier than our Central American indigenous neighbors, and they got it via trade routes that passed through southwest Asia. So it may not have originated in Mexico after all.

While the vanilla that we use today is generally mixed into baked goods like cakes and cookies, as well as in perfumes, researchers think that back in the Bronze Age, it was used in even more ways.

“Bronze Age people at Megiddo may have used vanillin-infused oils as additives for foods and medicines, for ritual purposes or possibly even in the embalming of the dead,” said archeologist Vanessa Linares of Tel Aviv University. 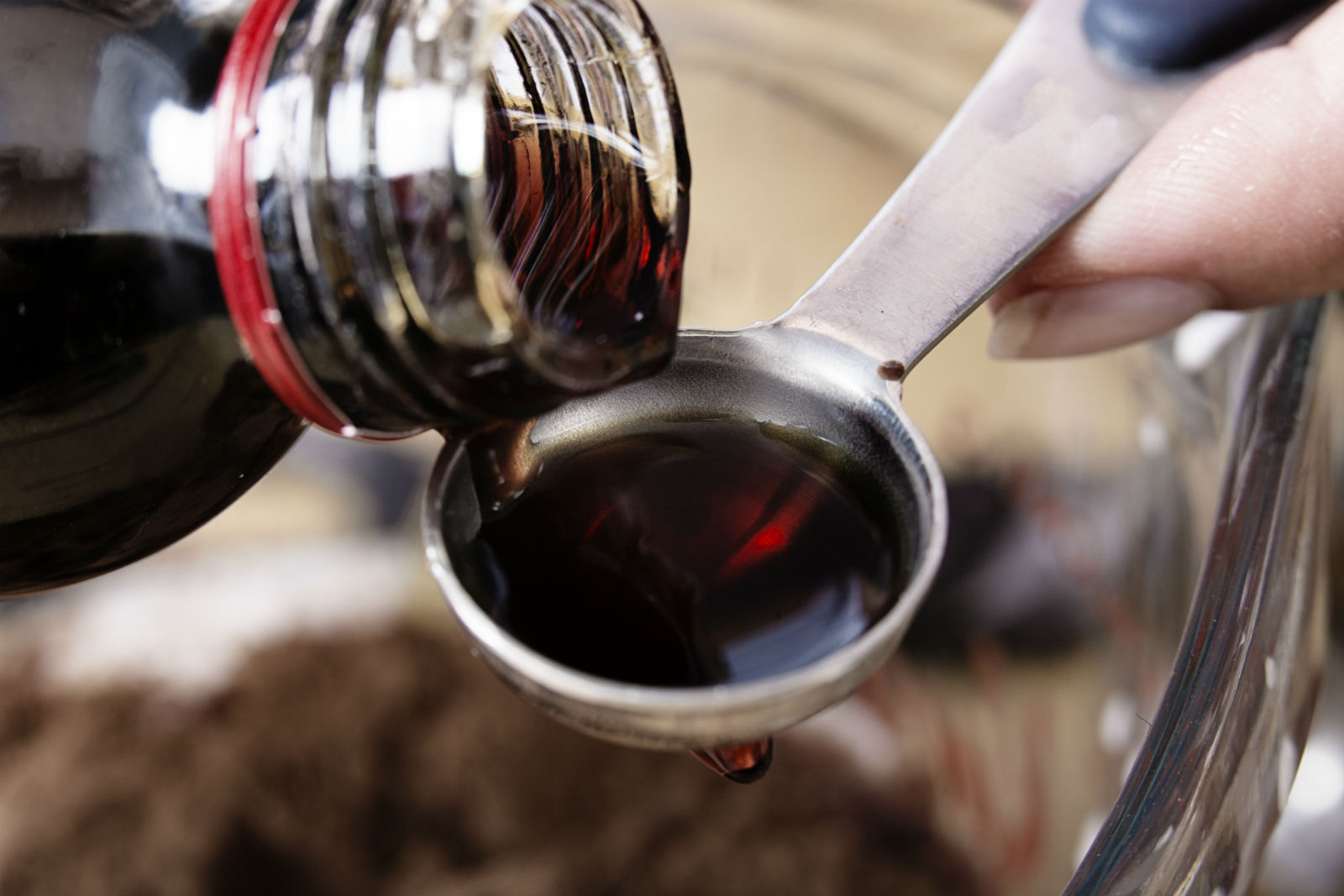 One thing that hasn’t changed is its high cost. It’s expensive now; it was a rare commodity then. The tomb in which the vanilla-scented jugs were found was for high-ranking members of Canaanite society, their bodies decorated with gold and silver jewelry.

If you haven’t bought vanilla pods or extract recently, be prepared. It is now the second most expensive flavoring in the world, second only to saffron. Go on Amazon and look at prices. One vanilla bean from Madagascar goes for $7. An 8-ounce bottle of Mexican vanilla extract sells for $44.99.

The reason for the high cost, both then and now, is that vanilla is hard to grow. It is labor-intensive and time-consuming in that it takes months for the blooms of the orchid plants, which produce the flavoring, to mature into pods and then many weeks for those pods to cure. Add to that the pests and disease that plague it and the time it takes to harvest it as well as the cyclones and droughts in the parts of the world in which it is grown — and you’ll start to understand its price. And in Madagascar, where much of the world’s vanilla is grown, vanilla theft is big business, ratcheting up the price even more.

There may be hope on the cost front of this widely adored flavoring, and it comes from an Israeli-born scientist working out of Rutgers University. According to an article in The Times of Israel, Daphna Havkin-Frenkel has spent the last 25 years studying vanilla and finding more expedient ways to grow and harvest it. A settlement in northern Israel plans to grow the vanilla orchids, using Havkin-Frenkel’s methods.

So the roots of the Jewish connection may deepen further. Vanilla may return to the north of Israel, and not via trade routes. There are plans now to cultivate it there. And you won’t have to be as wealthy as a high-ranking Canaanite to buy it.

To make your own vanilla extract, which you can use in kugels, cakes, or cookies, consider using Ina Garten’s recipe from her latest cookbook, Cook Like A Pro. It is easier than you think. 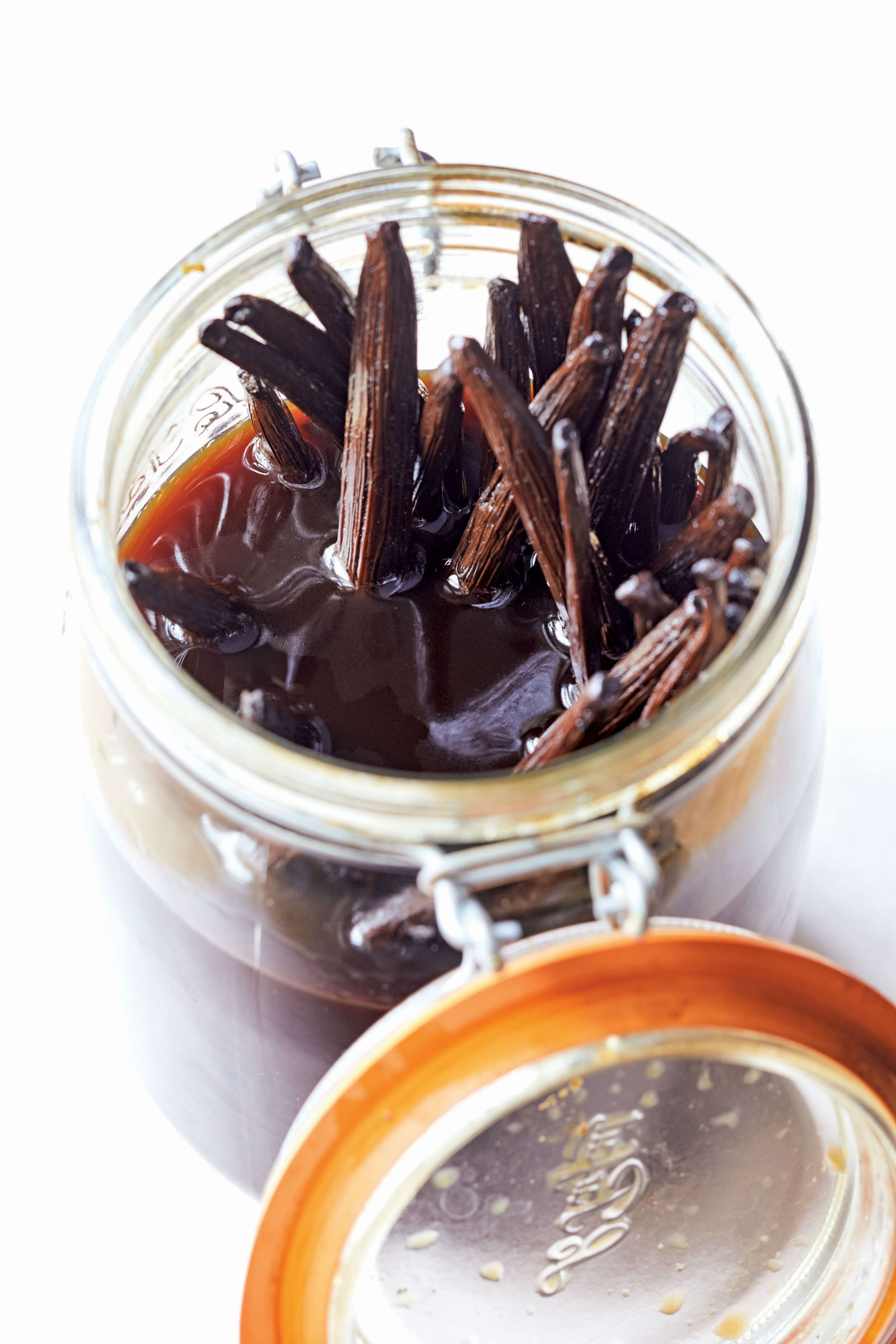 It was my friend Anna Pump who first taught me to make my own vanilla extract and now I’ve had my home “brew” going for more than thirty-five years! I just love knowing I have a big stash of vanilla extract and softened vanilla beans sitting on a shelf in the pantry.

Find a jar with a very tightly sealed lid that will hold at least a dozen vanilla beans straight and upright. I use a 1-liter canning (Ball) jar with a rubber gasket. Place the beans in the jar and pour in enough vodka to cover the beans. Allow the beans to marinate in the vodka at room temperature for at least a few months. You will have two wonderful ingredients for cooking and baking: first, the vodka will become vanilla extract, and almost more importantly, you can snip off one end of a vanilla bean and squeeze out all of the seeds when you are making something that you want to have extra vanilla flavor, such as vanilla cakes, ice cream, or sauces. You can continue this brew for years by adding more vanilla beans and more vodka as you use them.