University’s Israel Society called off talk “for fear of being portrayed as a mouthpiece of Islamophobia.” 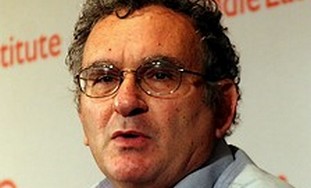 LONDON – The Israel Society at Cambridge University has succumbed to pressure and canceled a talk by Ben-Gurion University of the Negev historian Benny Morris after protesters accused him of “Islamophobia” and “racism.”

Morris was scheduled to speak to students at the university on Thursday, but following a campaign led by anti-Israel activist Ben White the Israel Society canceled the talk. Instead Morris was invited to speak at an event hosted bythe university’s Department of Political and International Studies.

White, who graduated from the university in 2005 and authored the book Israeli Apartheid: A Beginners Guide, set up a protest page on Facebook in which he claimed that “on different occasions, Morris has expressed Islamophobic and racist sentiments towards Arabs and Muslims.”

He added: “We find it offensive and appalling that an official student society would want to invite such an individual.”

Following the Facebook protest, a letter was sent to the student union by the university’s Islamic Society, other students and two staff members from the English Department asking it to take a stand and show it is serious “in opposing bigotry and Islamophobia.” The 15 signatories said Morris’s views were “abhorrent and offensive.

“The issue is hate speech, and the impact of a visit by this individual on the campus’ atmosphere for the student body’s minority groups… His visit is insulting, threatening to Arab and Muslimstudents in particular and also goes against the spirit of the student union’s stated anti-Islamophobia policy,” the letter read.

Last year, Cambridge’s Palestine Society hosted Abd al-Bari Atwan, editor-in-chief of the London-based Al-Quds Al-Arabi newspaper. In 2008, Atwan said the terrorist attack on Jerusalem’s Mercaz Harav yeshiva, in which eight students were killed and 15 were wounded, was “justified” as the school was responsible for “hatching Israeli extremists and fundamentalists.”

On February 18, Daud Abdullah, deputy-secretary of the Muslim Council of Britain, will speak at Islam Week organized by the Cambridge University Islamic Society. Last year, the British government distanced itself from Abdullah after he signed the Istanbul Declaration, in which he called for attacks on the British navy, were it to enforce a ban on arms smuggling to Gaza. He has also called for continued military action against Israel.

“I decided to cancel for fear of the Israel Society being portrayed as a mouthpiece of Islamophobia,” he said. “We understand that whilst ProfessorBenny Morris ’ contribution to history is highly respectable and significant, his personal views are, regrettably, deeply offensive to many.”

Witzenfeld said he took into consideration the sensitivities of others but questioned if others would do this.

“Cancelling the lecture and choosing to recognize the sensitivities of those offended by Morris was unfortunate yet noble. I’m proud to be president of a society that behaves in such a way. But more fool us. Are we going to receive the same treatment? Or will we continue to be judged to a different standard?

“Consider the invitees of the Cambridge ‘Palestinian lobby.’ In March I went to hear Atwan speak – a man who has publicly said if Iranian missiles strike, Israel would go to Trafalgar Square and ‘dance with delight.’

“In September, actress Miriam Margolis spoke at a student union event in association with the Palestine Society in a talk entitled, ‘An old Jew says sorry.’

“Her depiction of Jews as both bigoted and blood-thirsty appears to be of no concern to the organizers of the latest protest. When [lawyer] Michel Massih spoke in October, a man professionally distinguished by his defense of such luminaries as Sudan’s President Bashir, much of his content reeked of traditional anti-Semitic tropes, merely switching the word ‘Jew’ for ‘Zionist,’” Witzenfeld said.

“Why did I never complain about anti-Israel or anti-Jewish sentiment? It would have been easy. I had thought that when you choose to take an active interest in a conflict where multiple narratives exist, you accept that there is mutual respect amongst parties and that sometimes you will have to listen to things you might not want to hear. I was clearly wrong, too idealistic, trusting and naive,” he said.

A Muslim group accused of publishing anti-Semitic material congratulated the Islamic Society for the cancelation of Morris’s talk.

“Muslim Public Affairs Committee congratulated Cambridge’s Islam Society on the success of their campaign and lobbying to stop the IslamophobeBenny Morris giving a speech at their university… A simple Facebook group and a well written letter is all that it takes to defend your religion,” the group said.

The 2006 All-Party Parliamentary Report into Anti-Semitism alleged that the anti-Israel Muslim Public Affairs Committee has used material from Holocaust denial and neo-Nazi publications, uses the word “Zionist” as a replacement for “Jew” and engages in the spread of conspiracy theories about Jews. In 2006, it was discovered that MPAC founder Asghar Bukhari make a donation to convicted Holocaust denier David Irving.

MPAC is now urging other Muslim students to join its training sessions, “so that you too may learn how you can defend the Muslim ummah [nation] and fight for our freedom – just as the Cambridge University Islamic Society has done.”
(Tags: Cambridge University, Islamophobia, Anti-Israelism, Israel Society)