UK foundation teams up with HU to empower Africans

A one-day symposium will bring together health specialists and other professionals from Israel and abroad. 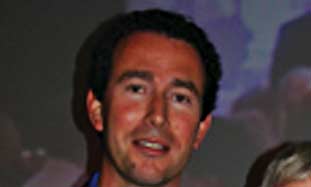 LONDON – A one-day symposium at the Hebrew University of Jerusalem on Tuesday will bring together health specialists and other professionals from Israel and abroad to discuss critical issues impacting on health in Africa today and to look at Israel’s role in helping out.

The symposium was instigated by the London-based Pears Foundation, working with The Hebrew University-Hadassah Braun School of Public Health and Community Medicine and the Hadassah Medical Organization, which provides annual scholarships for 12 students from Africa to study public health and agriculture in Israel. The scholars study for master’s degrees in public health, plant sciences or nutritional sciences at the Hebrew University.

The symposium is part of a weeklong conference for alumni. Sixty scholars have taken part in the project since it was established in 2005.

The project helps to empower the scholars who, on finishing their studies, apply their expertise in senior positions in their home countries in Africa. Situated in some of the most challenging terrain in the world, Israel has become a global success and innovator in the areas of public health and agriculture.

The Pears Scholars study agricultural techniques, project management and a broad range of biology courses designed to give them the skills to become teachers, planners and policy makers. Back in their home countries, the scholars are recruited or return to senior positions better equipped to improve the quality of life for millions of their fellow citizens.

On Tuesday, Pears Foundation director Charles Keidan is set to announce, at the opening of the symposium, additional funding to cover the cost of two morescholarships per year and more alumni activities.

“We derive our motivation for supporting such endeavors from David Ben-Gurion’s later statements about the importance of skills and knowledge transfer to close the gap between developed and developing worlds,” Keidan said.

Working with the School of Public Health and the Faculty of Agriculture at the Hebrew University, the Pears Foundation has forged a strong alumni network of scholars who have graduated from the project.

“The aim is to build a network of scholars in the developing world who benefit from academic expertise in Israel and transfer that expertise towards development efforts in their home countries,” said British businessman and philanthropist Trevor Pears, executive chairman of the Pears Foundation. “A subsidiary objective is to help strengthen relationships between Israel and Africa through building strong academic cooperation.”

The symposium is the centerpiece of the week; some of the subjects being discussed include health and healthcare in an era of economic crisis; food security; and the process and challenges of setting national public health policy. A session will also be devoted to looking at Africa-Israel ties.

Opening Tuesday’s event is Dr. Luis Sambo, regional director of the World Health Organization for Africa. Speaking on health in Africa today and the impact of the global economic crisis is Prof. Stephen Tollman of the University of the Witwatersrand, Johannesburg. Haim Divon, deputy director-general of the Foreign Ministry and head of MASHAV-The Israel Center for International Cooperation, will address what the future holds for Africa-Israel ties.

The international master of public health program at the Hebrew University was established in 1971, with now has more than 700 graduates from 90 countries in developing and transition regions, as well as from developed countries of North America and Western Europe.