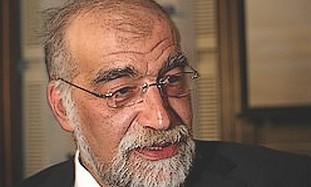 Opponents of Israel Beiteinu’s conversion bill celebrated a temporary victory on Tuesday as news spread that it would not reach the Knesset floor until at least October 11, when the parliament’s winter session opens.

Leaders of the broad coalition of organizations that reject the bill, because they believe it would officially give Orthodox Judaism power over conversions and would alienate Diaspora Jews, congratulated Prime Minister Benjamin Netanyahu for his role in postponing the vote.

The coalition against the bill is comprised of organizations including the Jewish Agency, the Jewish Federations of North America, the American Jewish Committee, Keren Hayesod-United Israel Appeal and the Reform and Conservative movements.

In a letter to Netanyahu, the leaders of Keren Hayesod-United Israel Appeal including UIA World Chairman Avi Pazner voiced support for the prime minister’s statement on Monday that the legislation will not pass in its current form.

“We have been very encouraged by your public statement that you will not let the bill pass and by the active role taken by Mr. Natan Sharansky, chairman of the [Jewish Agency’s] Executive, consolidating the opposition to it,” the letter read.

Jerry Silverman, head of the Jewish Federations who is currently on a visit to Israel, said he hoped the deferral of the reading of the bill would be used to reach a compromise satisfactory to all sides based on its original draft.

“To me it’s not about winning or losing, it’s about an opportunity for us to come to a table and get the appropriate people at the roundtable the prime minister proposed and create a strong dialogue and come to a resolution prior to the next session,” Silverman said. “To me it creates an opportunity.”

Speaking on Tisha Be’av, the Orthodox lawmaker told The Jerusalem Post he was “fasting and won’t talk politics.”

Tal Nahum, a spokesman for Israel Beiteinu, said his party plans to pass the bill once the Knesset reconvenes in the fall.

“The conversion bill is ready but won’t be introduced to the floor because we don’t have a majority yet,” Nahum said. “When that time comes we will try again, hopefully with the support of Likud.”