Recently, I partnered with OneTable.org to launch “Soul: A Black Jewish Dinner Series.” The mission is to re-create Shabbat with Black Jews and non-Jewish Blacks around the table or, in this case, the computer screen. My co-host Lilli Stordeur, New York City field manager at OneTable, decided it is time to bridge the gap between the Black and Jewish communities while bonding with other Black Jews and Blacks in the diaspora. It’s a lofty goal, but after the inaugural dinner on Juneteenth and in the wake of the murder of George Floyd by Minneapolis police officers, I knew this intimate space was necessary for Black folks to refill our proverbial cups.

Our second dinner featured guest Maayan Zik, a Black Hasidic woman from Crown Heights who organized a Black Lives Matter protest in her community that landed her on the pages of Vogue. During this dinner Aug. 14, we were joined by Stordeur’s aunt Rain Pryor, comedian and daughter of late comedian and actor Richard Pryor, and Rachel Baylor, founder of Evolving Lives Body & Mind. Baylor is a yoga instructor offering classes at the Smithsonian Institution’s National Museum of African American History and Culture. Each of us gathered knowing the gravitas of Zik’s actions. We held space as she talked about instances of racism within the Hasidic Jewish community that no one should have to face. Zik inspired us with her determination to live a life of normalcy as a Black Jewish woman. 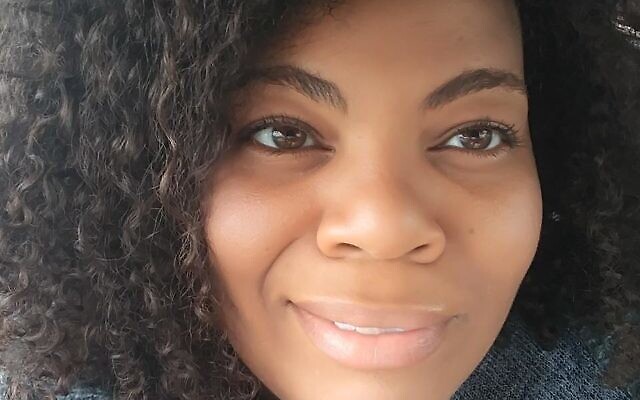 We listened closely as she described how being born and raised in America to a Jamaican family informs her outlook on racism in the United States. Zik’s humble confidence combined with her background gave her the grace to organize a 200-person protest in Crown Heights, and casually talk about it as if it was just another day in her life. Everyone in attendance looked on in awe at a woman willing to risk being ostracized from her community for the sake of Black Lives.

The experience was transcendent and when children began to appear on a couple of screens it felt like a real Shabbat – a Black folks Shabbat. There was an ease that is almost indescribable. I listened to Black mothers, both Jewish and Christian, talk about how they will send their sons out into a world that will greet them with hostility.

In this space, our pain was no longer a spectacle, and our disappointments weren’t being used as teaching tools to convince others of our humanity. Instead, we shared stories of our separate journeys, just like many of our ancestors, in times much like these. They found solace in each other’s presence sitting around in parlors, at dinner tables, churches, synagogues and tents, planning for a better future. And in that tradition, we created a sanctuary where our individual journeys became one.

We took turns describing what Blackness would look like in an ideal world. We lit Shabbat candles, said Hamotzi and Kiddush while enjoying the spirit of the moment.

“Thank you for asking us to dream. It’s hard to dream when you’ve been busy surviving,” said an attendee as she held her baby boy.

But that’s what Judaism is all about: using your gifts to create an ideal world. And in my ideal world, Black people are free to voice our opinions, free to see ourselves in ancient biblical text, and free to be Jewish without recrimination. “Soul: A Black Jewish Dinner Series” was created to give us this sacred space in time, so that for at least a few hours at the end of the week we can enjoy Shabbat in all the glory of our Blackness.

Looking forward to the New Year, we have planned more dynamic programming carefully curated for the Black Jewish community. Check for “Soul: A Black Jewish Dinner Series” on OneTable.org.

L’Shanah Tova. See you in October.