Perhaps I Have Learned Nothing Easy Drizzle Caramel Sauce, my daughters’ favorite reminder of the season and appropriate for a host of religious, cultural and secular observances.

A few weeks ago, I attended a plenary with a few women authors, one of Indian origin. The theme was about writing outside of ones’ visible identities. The Indian origin author had written about a black character in her book and openly professed that readers focused on the race of her characters even though it was not the primary focus of her work. She later wrote an op-ed in the NY Times asking many questions – mainly, who permits whom to write, and about whom? Her concerns and article resonated with me, because I have been struggling with similar questions.

In early 2016, I approached a Jewish cookbook author to collaborate with me on my next cookbook project. Why Jewish? My paternal grandmother was born a Bene Israel in the early 20th century in India. She converted to Hinduism just before she married. She chose to marry a Hindu Brahmin, a vegetarian man. I knew just a little about her and her life. Their marriage was against the prevailing traditional dictum of marrying within ones’ own clan—they married for love. I was hoping to learn, discover, and write alongside a seasoned Jewish cookbook author. But the author declined and although disappointed, I decided to approach it differently.

When I initiated my research, my father was still with us, his memory fading because of advanced Parkinsons’ Disease. He recalled only traces of Jewish cooking in his childh 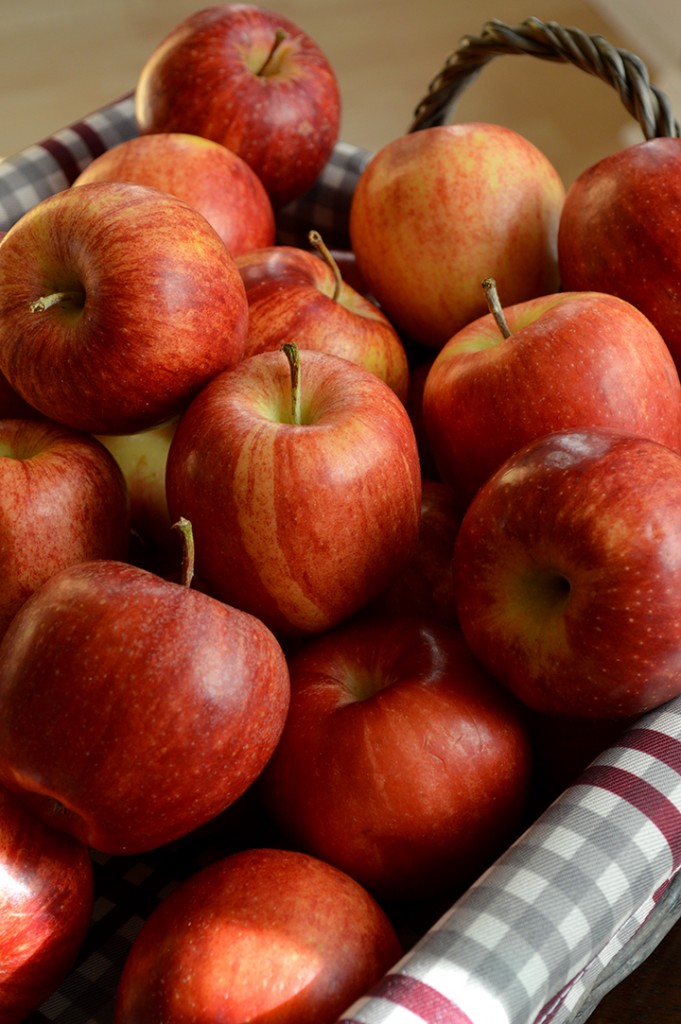 ood food memories even though his mother, ‘mamma’, did not practice Judaism. Mamma had held on to a small menorah from her youth. Rosh Hashanah, Yom Kippur, Hanukkah were mentioned but he could not remember more. She would cook a few things for those days, but it was without fanfare. Sometimes mamma made ‘sandan’, a steamed semolina and coconut milk cake, ‘malida’, a dish made with flattened rice and dried nuts or ‘banana malpua’ or batter-fried fingerling bananas. Mamma’s favorite treat was cooking down grated apples in ghee with cinnamon and sugar or honey. Even today, more than thirty years after her passing, grated cinnamon apples cooked in ghee remind me of her.

My father recalled how she cooked pan-fried Pomfret fish, stewed chicken and cooked garlic and pepper seasoned chicken liver, or made sunny side up eggs in ghee when his father, a strict vegetarian, was not home. Mamma never mixed any meats with dairy. Rustic rice bhakri, an unleavened bread made with rice flour was made often. But it was all done with care—when she cooked chicken she butchered it herself, and drained its blood, saying the prayers before she cooked it. She kept her meat utensils separate from the rest. Her methods may not have been strictly Kosher, but it was the best she could do, and it was markedly different from what would have been an otherwise Hindu Brahmin vegetarian household. And, for what it was worth, that is how he remembered his mamma’s plain rural coastal kitchen.

But, their family paid a steep price until the very end. He remembered a trying childhood when a very young age, they were deemed outcasts because of their mixed faith parentage. Apathy towards each other’s’ faiths surfaced between his parents. He lamented that they remained alienated from one-half of their heritage. Life and the people around them prevented anything more. Neither faith accepted his mother even in death, and he regretted the lack of empathy towards her. My father and I decided, in jest, to title the book: “Not For You”. He passed away shortly after that. It was the middle of 2016. The title of the book stuck.

At the end of 2016, a friend shared my story with NBC Asian Americaabout my Jewish grandmother, and how I was exploring my cultural roots as I researched and wrote a cookbook. After the piece aired, some continued to ask: how much did I ‘really’ know, and did I know enough to speak about it? What qualified me to speak about someone not living, or even a forgotten practice?

I resumed writing the cookbook I had started at my father’s bedside, the oddly titled book: “Not For You: Family Narratives of Denial & Comfort Foods”. An intense sadness had laced his memories, a deep-seated lament about being denied their rightful place in their community because of lineage. He had mourned that people judged them, wondered whether they belonged to one religion or another— and why society considered them less than equal. The more I wrote, I found more instances of a recurring theme—denial of affiliation, affection or oneness, and the perpetuated absence of forgiveness.

In choosing love, our family remained fractured. We had to learn to live with a fact that we might never be whole enough or accepted enough.

I recently asked my daughter if I should make something special for Rosh Hashanah, to honor her late great-grandmother. None of the foods she knew aligned with the observance or jogged her memory of talking with anyone about them. She shrugged a teenage ‘I don’t know’ and returned to her homework. In that moment, I wondered how much longer our culinary heritage and legacy will endure?

I grew up with a family history of inherited and persistent hurt and now raise a family in the post 9/11 world where we hope for greater acceptance, equality and mutual respect. We try to be inclusive, and yet, in the light of the many moments where I was interrupted and asked if my work carried an acceptable amount of value, I begin to question why measures of approval are even necessary, and who deems these voices relevant? Just as we do not question a male writer writing about a female character or vice versa, why must we question the eligibility of a writer when they explore a new subject: be it race, religion, or anything else. Shouldn’t their work speak for itself—through its depth or lack thereof? Why can’t writers and inquirers just be neutral storytellers, conveyers of the human experience? Why are they asked to correspond, conform, and limit voices to their own mirror images alone? Why must a writer or representative be permitted to write about only a singular human experience?

Is it because the questions validate the identity of the critic?

As contentious as the opinions may be about how her story unfolds, my grandmother’s life choices has inspired an inquiry and cathartic conversation into this continuing legacy of denial, and I give credit where due.

But, this woman, my grandmother, remains only one part of the greater narrative in my books: her emotional trauma and personal tragedies echo in the lives of other women from other generations in the family, even though perhaps her life may have been most acutely afflicted. Yet, if a reader only sees her fate in my books, and critiques it for what they interpret it to be while ignoring everything else, they are missing the point.

As I release my two books: “Not For You: Family Narratives of Denial & Comfort Foods” I expect a backlash—for writing about a character inspired by my Jewish born grandmother when I do not practice Judaism. What do *I* know?  What do *I* see? What did *I* understand? Who am *I* to write that story?

And if that is all a reader asks, then, neither of us, especially I, have learned nothing. Nothing at all.

As a young child, I recall my mother making these for my grandmother as this was one of her favorite dishes. Even now, it reminds me of her.

Melt the ghee in a medium saucepan, on medium-low. Add the powdered cinnamon and allow this to cook in the ghee for one minute. Add the grated apples and stir vigorously until the juices of the apple begin to release. Reduce the heat to low and cook for 1-2 minutes until the juices start concentrating. Sprinkle with raw sugar and cook some more until the sugar melts. If using honey, add it after the apples are removed from the heat. Serve while still slightly warm.

This is my daughters’ favorite caramel sauce for a classic Fall favorite – caramel dipped apple wedges, suitable for cross-cultural seasonal and festive observances.

In a small heavy bottom saucepan, mix all the ingredients except the butter and allow the sugar to dissolve for a minute. Add the butter and allow it to simmer on low for 5-7 minutes, stirring occasionally to ensure nothing sticks to the bottom. The sauce will be glossy and buttery rich.

Store in a glass container at room temperature for 2 days. Serve with apple wedges.