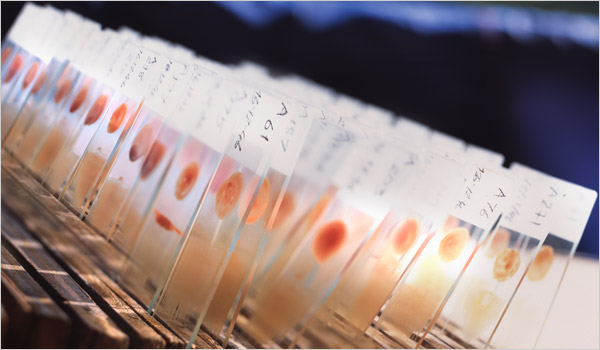 That is, for exterminating the parasite everywhere and forever, except perhaps in laboratory storage, as has thus far happened to just one disease in history, smallpox.

Their call, delivered at a malaria conference that they had convened in Seattle, was, in Mrs. Gates’s language, “audacious.” Her husband went further, asking, “Why would anyone want to follow a long line of failures by becoming the umpteenth person to declare the goal of eradicating malaria?”

To many public health leaders, that remains a good question. While some, including the heads of the Global Fund to Fight AIDS, Tuberculosis and Malaria and the President’s Malaria Initiative, have lauded the Gateses’ call as inspirational, others call it noble but quixotic, because the tools to eradicate malaria do not yet exist. A few, including the combative chief of malaria for the World Health Organization, have even argued that it could do harm.

Dr. Margaret Chan, director general of the W.H.O., backed the call, telling the audience from the dais in Seattle, “I dare you to come along with us.”

Last month on his swing through Africa, President Bush implicitly endorsed the idea without mentioning the Gateses, saying the United States would lead the eradication effort.

The Bill & Melinda Gates Foundation has spent $1.2 billion to fight malaria, which is thought to cause as many as 500 million infections a year in 107 countries, a million of them fatal.

Virtually no experts expect it to be eradicated in the lifetimes of the Gateses or the Bushes. Dr. Regina Rabinovich, the foundation’s head of infectious disease, said the Gateses knew it was a long-term undertaking, not possible without more money, better health systems and probably a vaccine, which is still far off.

Dr. Arata Kochi, the W.H.O. malaria chief, went further than other skeptics, arguing that the specter of eradication is counterproductive. With enough money, he said, current tools like nets, medicines and DDT could drive down malaria cases 90 percent.

“But eliminating the last 10 percent is a tremendous task and very expensive,” Dr. Kochi said. “Even places like South Africa should think twice before taking this path.”

False hopes, he said, lead governments to hope for miracles instead of accepting the mundane budget-draining control policies that he endorses. For example, health officials from Rwanda and Zanzibar, having drastically cut malaria within their borders, have asked him about seeking money for elimination.

Even relatively wealthy countries rarely succeed at that. South Africa, Saudi Arabia and Mexico all control cases but see new ones imported – from Mozambique, Yemen and Guatemala, respectively, he said.

Dr. Awash Teklehaimanot, director of the malaria program at the Earth Institute of Columbia University, said he worried that calls for eradication raised expectations too high, inviting frustration and a loss of political will.

This debate occurs more in the hallways of malaria conferences than in public, because some scientists fear that a zeal for eradication is now compulsory.

Dr. Rabinovich denied that, saying foundation decisions were not based “on whether or not people agree with public statements made by Bill and Melinda.”

Nonetheless, nervousness persists. One week after the Gates announcement, the head of an organization financed by the foundation joked in front of a small audience that eradication was “the new marching order.”

“Go along with it if you want to get funded,” he said, adding that it was viable only if linked “to a date like 2050, or far enough in the future so that none of us can be held accountable.”

Asked about that afterward, he asked that he not be quoted. In subsequent forums, he stopped joking and repeatedly said eradication was his organization’s goal. The history of eradication, however, favors the skeptics.

The International Task Force for Disease Eradication at the Carter Center in Atlanta lists candidates for extinction. Malaria is not even near the top.

The top two, polio and guinea worm, both cling stubbornly on. The last push on polio, begun in 1988 with the funeral planned for 2000, has consumed $5 billion.

In the early 1900s, another of the world’s richest men, John D. Rockefeller, tried to wipe out hookworm and yellow fever. In the American South, he was victorious. Globally, he was not.

Malaria, a parasite that changes shape and hides in multiples organs in mosquitoes and humans, is fiendish compared with polio, a short virus that can be blocked in the gut.

And its death has been predicted before. In 1600, cinchona bark, the source of quinine, was found in the New World. Struggles to monopolize cinchona and sales of counterfeit bark, problems that bedevil drug companies today, quickly emerged.

The best opportunity probably existed in 1955, the year Mr. Gates was born and the year the W.H.O. said it would eradicate malaria. With weapons then new, DDT and chloroquine, a fast-acting synthetic quinine, annual deaths were driven down below 500,000.

But as an old bitter joke among parasitologists goes: “We didn’t wipe out malaria. We wiped out malariologists.” It was working so well that young scientists chose other fields.

And the world changed. Before the 1960s, colonial governments and companies fought malaria because their officials often lived in remote outposts like Nigeria’s hill stations and Vietnam’s Marble Mountains. Independence movements led to freedom, but also often to civil war, poverty, corrupt government and the collapse of medical care.

The civil war’s cease-fire of 2001 has broken down, and the disease could surge again.

Sir Richard G. A. Feachem, former director of the Global Fund and now head of the Global Health Group, a policy institute at the University of California, San Francisco, founded with Gates Foundation money, says malaria can be squeezed to death by moving control downward from southern China, up from southern Africa and up across the South Pacific. He hopes for elimination by 2050.

By contrast, Clive J. Shiff, a malaria expert at the Johns Hopkins Bloomberg School of Public Health who fought malaria in the 1950s in what was then Rhodesia, says flatly that unless Africa can end both its poverty and its civic strife, “eradication is a pipe dream.”

With smallpox or measles, he explained, a single childhood bout usually confers lifetime immunity. Vaccines, made from weakened virus, confer the same.

Without repeated “doses” from mosquitoes, that fades. If an adult leaves for a few years and returns, a single bite can kill. So creating a lifelong vaccine may be impossible.

Malaria is also a tempting political weapon. In southeastern Rhodesia, Dr. Shiff said, local eradication failed because nearby South Africa and Mozambique would not cooperate.

Most countries finally suppress malaria only when wealth arrives. Their houses have windows, and their swamps are not just treated but paved for malls. The disease could return even to the United States. There are susceptible mosquitoes from Florida to Canada.