Gearing up for a new FDNY 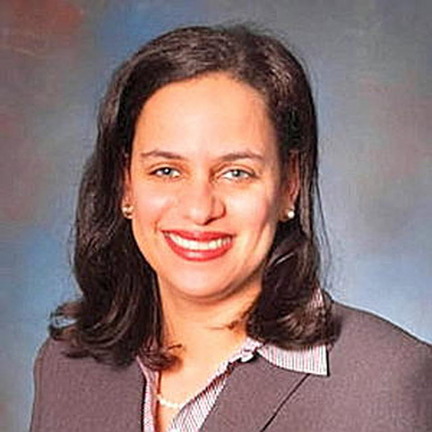 Mylan L. Denerstein is in the running to become the first woman to lead the FDNY. Ms. Denerstein, who is of African-American and Jewish descent, was previously the FDNY deputy commissioner for legal affairs, and is now the executive deputy attorney general for social justice for state attorney general Andrew M. Cuomo.

But 2010 could mark the beginning of a brave new world for New York’s Bravest.

With less than two weeks to go before the new year, Mayor Michael Bloomberg has narrowed down his choices to replace outgoing fire commissioner Nicholas Scoppetta to three candidates — two are minorities; the third is a respected fire veteran from Staten Island, Salvatore Cassano, who is the FDNY Chief of Department.

Whoever takes the helm will oversee a department that faces a mandate to diversify the least diverse agency in the city. A federal judge is set to lay out a legal remedy, including new guidelines for the next recruitment exam, after he ruled this summer the department discriminated against the hiring of blacks and Latinos.

City Council members are seeking to pass legislation to award graduates from city high schools credits toward that exam, which they hope will also increase the number of non-white applicants.

And the FDNY itself plans to launch a new TV and print ad campaign in January to recruit young men and women “of diverse backgrounds.”

For one reason or another, changing the FDNY culture to better reflect the communities it serves has eluded city officials. Even after spending tens of millions of dollars on outreach efforts to minority communities, the ranks of black men in the department has hovered around 3 percent. Currently, about 91 percent of the FDNY’s 11,500 firefighters are white, while six percent are Hispanic and 3.5 percent black, according to firefighter union estimates. That translates to about one Hispanic firefighter for each fire company, and about one black firefighter for every two companies.

By contrast, as of 2001, 23 percent of Chicago’s firefighters were black, and blacks comprised 26 percent of Philadelphia’s, 16 percent of Los Angeles’ and 31 percent of Baltimore’s fire departments.

Paul Washington, a native of Meiers Corner and former president of the Vulcan Society, a fraternity of black firefighters, believes the efforts have failed because diversifying the fire department is not really a priority, like it has been for the police department. The NYPD needs to diversify the police department, Washington explained, because officers have constant interaction — and confrontation — with minority communities.

“The fire department has no incentive to [diversify], because fires eventually go out. It doesn’t matter who fights them,” Washington said.

The FDNY has another big issue, Washington added — though several department sources declined to discuss it.

“I’ve got no problem addressing it. There’s racism in the fire department from top to bottom,” Washington said.

The Vulcan Society won a federal discrimination lawsuit against the city in 2007. In July, a judge ruled disparities among those taking firefighter recruitment exams in 1999 and 2002 were so wide that no trial was needed to rule against the city.

Bloomberg defended the city’s efforts to diversify the FDNY during a groundbreaking ceremony for the new police academy in Queens last week.

“[Scoppetta] and I have talked about this almost every month for eight years. He has reached out and he has made more progress in getting more people from around the city to apply to join the fire department,” the mayor said.

“For some reason or other, it would appear that more people seem to find this job more attractive than that job. But we are working on it and trying to make it better.”

Prompted by the lawsuits and a Department of Justice investigation, the city had an aggressive recruiting drive to increase the number of minority applicants who took and passed the firefighter exams in 2007. As a result, the number of blacks who successfully made the hiring list tripled, to 12 percent from four percent on the 1999 exam. Overall, the share of minority applicants rose to 34 percent. The FDNY graduated 286 firefighters from that list, with 11 percent of them black and 35 percent of them minorities.

The city plans a similar effort in 2010, ahead of the next examination. Minority applicants could get a boost from a Council bill that would award an eight-point bonus toward the exam for applicants who graduated from schools within the five boroughs. Bill supporters believe it will help diversity efforts because an estimated half of the current firefighters come from outside the city.

The issue of diversity no doubt looms large as Bloomberg weighs his decision on the next commissioner. There has been speculation he may seek to make a statement by appointing Mylan L. Denerstein as the first woman to lead the agency. Ms. Denerstein, who is of African-American and Jewish descent, was previously the FDNY deputy commissioner for legal affairs, and is now the executive deputy attorney general for social justice for state attorney general Andrew M. Cuomo.

Cassano is considered another favorite — certainly by the rank and file. A Huguenot resident, Cassano is the highest-ranking uniformed officer in the agency. The 40-year veteran is one year shy of the mandatory retirement age for uniformed firefighters, and would need a waiver from the mayor to continue in his current post.

But some speculate Cassano — who has a reputation as a “firefighter’s chief” and a firm grasp of the inner workings of the department — may be the right man for the job at the wrong moment in history.

Washington declined to give his endorsement for commissioner, but noted that several commissioners have come from outside the department. Regardless of who heads it, he feels the fire department is going to have a new look in the years ahead.

“The change is coming,” he said. “But it is coming because we are making it come.”