uch of American cuisine is fusion food. Yes, even apple pie. European colonists brought apple trees, which originated in Asia, to these shores. And other foods came from other lands. Hamburger, pizza, and tacos, we know, came here from Germany, Italy, and Mexico, respectively.

Generally left out of the discussion of American cuisine, though, are the Indigenous foodways, which enabled early settlers to survive, as well as the influence of enslaved Africans that shaped our culinary heritage, particularly in the South. The latter is something Black food historians such as journalist Donna Battle Pierce, and James Beard Award-winners Michael Twitty and Adrian Miller, are helping to change.

The narrative that emerges is complex and inextricably tied to place.

In his book, The Cooking Gene, Twitty explores these complexities, while sharing how his personal ancestry intertwines with American and African food traditions.  He cites the research of historian Stephen D. Behrendt, who documents the relationship between those who were enslaved and the crops they planted grew and harvested that contributed to the wealth of the United States—crops that were mostly transported to the New World via the trans-Atlantic slave trade. Behrendt even suggests that enslaved Africans were trafficked here at intervals that corresponded to the seasonal growing season.

“This does not start with race and end with commodities, it starts with commodities and ends with race,” Twitty says, in a phone interview, referencing those cash crops such as rice, sugar, tobacco, and others. “These crops shaped the way that people [the enslaved and their owners] lived. They shaped the diet.”

Throughout the regions where enslaved Africans were concentrated, certain culinary “common denominators” emerged, Twitty writes in his book. These dishes formed the basis for Southern cuisine and “soul food,” an umbrella term used to describe Black people’s home cooking which, Pierce says, was popularized in the 1960s.

“As a culture, we had lost our language. We had lost our family… all of the things that bind a culture together,” Pierce explains of the African diaspora in America. During the Black Power Movement of the 1960s and ’70s, the term soul food was embraced because it was a way “to talk about what we shared. And that sharing felt so good to have something in common with all of us with brown skin,” she adds.

“I think that soul food, and you can argue Southern food as well, is the fusing of West Africa, Western Europe and the Americas,” says Miller, author of Soul Food: The Surprising Story of an American Cuisine, One Plate at a Time, The President’s Kitchen Cabinet: The Story of the African Americans Who Have Fed Our First Families, from the Washingtons to the Obamas, and a former lawyer and policy adviser to the Clinton administration. His research included visiting 150 restaurants in 35 cities and reading 500 cookbooks and thousands of digitized historical newspapers. “These things all come together, and there are dishes that are created that remind people of a precursor.”

One of these customs is the concept of “teranga,” a West African idea of neighborliness and hospitality, which became a defining tenet of Southern gentility.

“These are… values that were taught to White kids raised by Black women,” Twitty says. “[W]e were taught to believe that Southern hospitality was grounded in some sort of, like, medieval pass down. It was this thing that we… inherited from our African side mixed with a little bit of European and Native concepts of hospitality and neighborliness.”

This kind of misattribution erases the Native and Black identities that helped shape the iconic aspects of Southern cultural heritage, from country manners to cookery, leading us to equate “Southern” with “White” and creating a false dichotomy between “soul food” and “Southern cuisine,” which belong to the same tradition, Miller says. 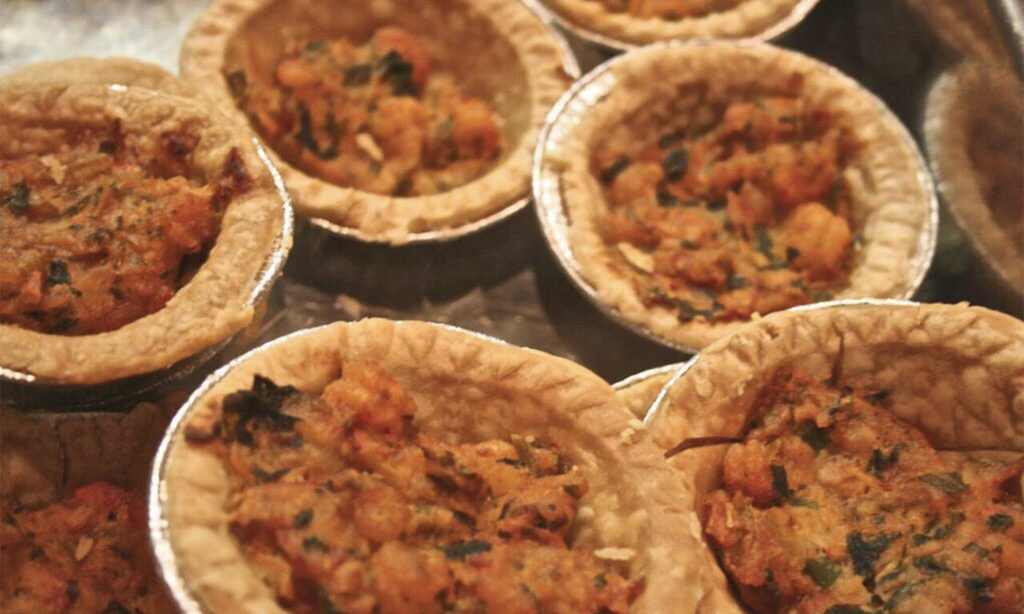