All eyes were on Prince Harry and Meghan Markle’s royal wedding on Saturday. And though the ceremony was filled with the expected pomp and circumstance, the new Duchess of Sussex made sure that there were key moments that would reflect her African-American roots.

She did not disappoint! 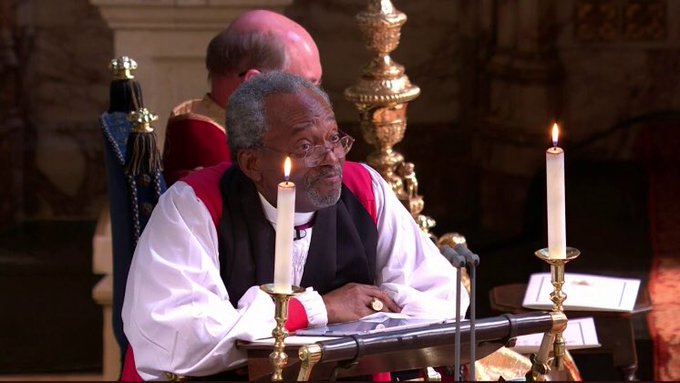 Here are the six ways the new Duchess made sure her African-Amrican culture was represented Royal Wedding:

The Black Guests
From Oprah to Idris Elba, Serena Williams and Gina Torres, the Black celebrities that were in attendance brought fresh diversity to the majority-white congregation. Williams, who has been a close friend of Markle for years, posted her process of getting ready for “her friend’s wedding” on Instagram. No biggie! 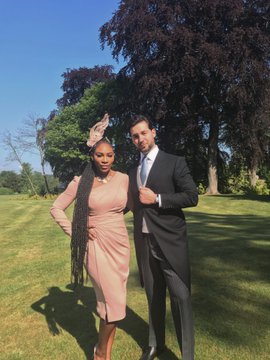 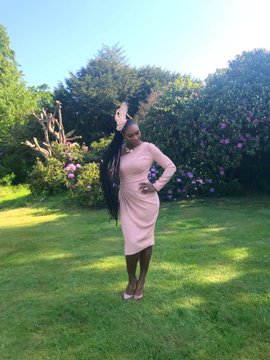 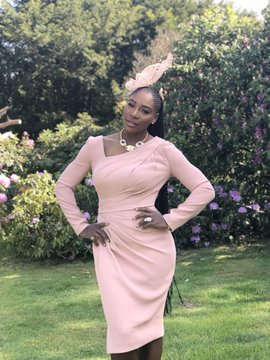 The Bride’s Mother In All Her Blackness
Doria Ragland, the mother of the bride, looked poised in a mint green Oscar de la Renta dress and fascinator. But we were especially caught up by her locs and nose ring. As the only member of Meghan’s family in attendance, she represented well!

The beauty accessory we couldn’t get enough of was Mama Doria’s nose ring #RoyalWedding: https://ow.ly/gPU130k55gf

The Black Preacher
By the time the Most Rev. Michael Bruce Curry took the stage, the service had been rather staid and conservative in following royal protocol. But in the first few seconds of speaking, Curry quoted the late Martin Luther King, Jr.!

“Dr. Martin Luther King, Jr. once said: ‘We must discover the power of love, the redemptive power of love. And when we discover that, we will be able to make of this old world a new world. Love is the only way.’”

The Chicago-based preacher referenced King more than once, as well as slavery, to drive home his point about the power — and fire—of love! And let’s not forget Rev. Rose Hudson-Wilkin, the first black ever chaplain to the Queen.

Yes, love is the only way. There IS power in #Love. Speak, Jesus!

Any minute now Rev about to say, “turn to your neighbor and say “Neighbor!” 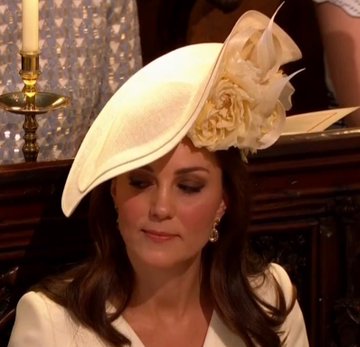 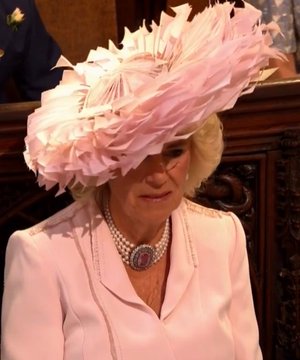 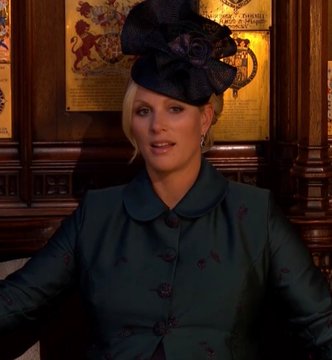 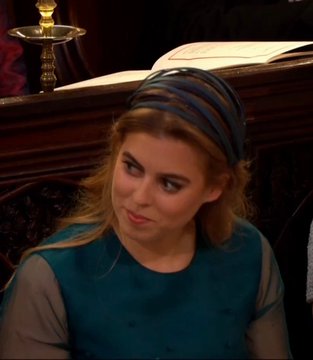 The Black Gospel Choir
The gospel choir, singing Ben E. King’s classic song “Stand by Me,” is so far being celebrated as one of the most exciting parts of the ceremony. It was definitely one of the blackest! The majority black singers of The Kingdom Choir swayed and sang as they were led by their very animated director Karen Gibson. 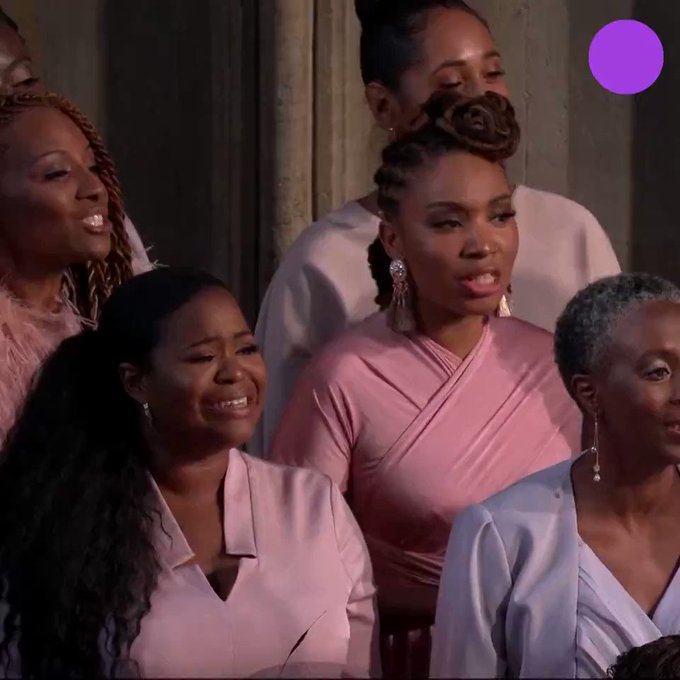 The gospel group The Kingdom Choir performed ‘Stand By Me’ at the royal wedding, before the Archbishop of Canterbury led Harry and Meghan’s vows.

The Royals were not ready!

THIS CHOIR!!! MELANIN COME THRU!! #RoyalWedding

The Black Cellist
Nineteen-year-old Sheku Kanneh-Mason was asked personally by Markle to perform for her wedding ceremony. The teenager took center stage as the couple stepped away to sign the register. As the first Black musician to win the BBC Young Musician of the Year award in 2016, Kanneh-Mason played three pieces accompanied by an orchestra: “Apres un Reve” by French composer Gabriel Faure, “Sicilienne” by Maria Theresia von Paradis, an Austrian contemporary of Mozart, and Schubert’s “Ave Maria.” 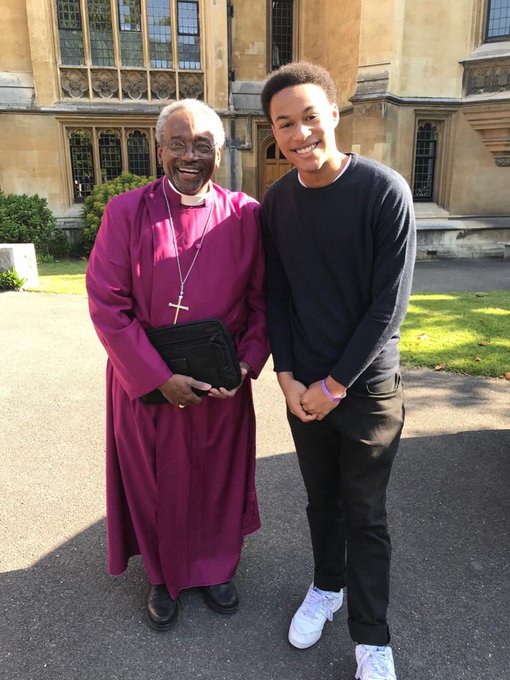 With @PB_Curry ahead of the service #royalwedding

Kate’s snapback is something serious. She had the baby yesterday and Sis is out here snatched. #RoyalWedding pic.twitter.com/UkeaSYZ5Hk

Have we ever seen a #RoyalWedding with so many black folks? Talk about unprecedented. I’m here for all of this! 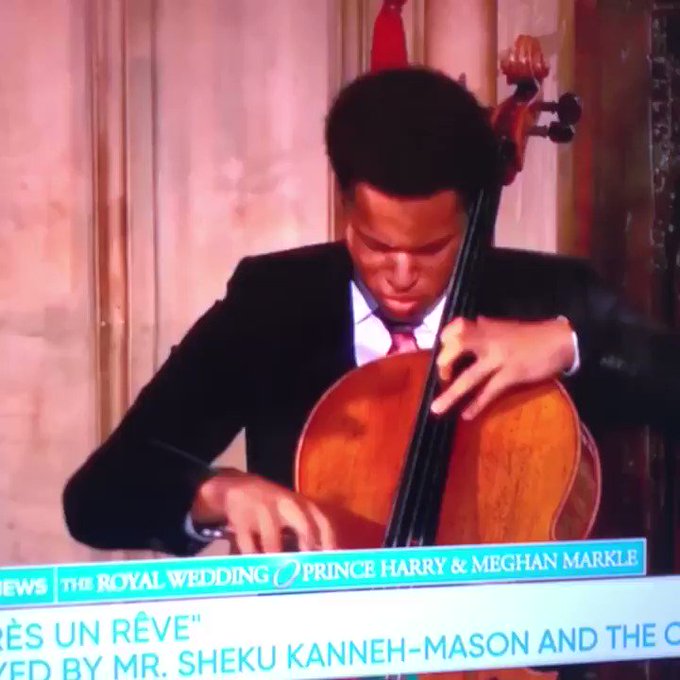 I had to record this!

Slowing washing away white purity, one stroke at a time.

They can’t take it!

This really is #DemRoyals #royalwedding

The Black Choir—Again
As the newly wedded couple made their way out of the St. George’s Chapel, the black choir could be heard singing “This little light of mine!”

The kiss. The Gospel choir going ALL the way to chu’ch to take us home with #ThisLittleLightOfMine and now the carriage ride?! Whoo!

This wedding was so satisfying.

Congrats to the newlyweds!