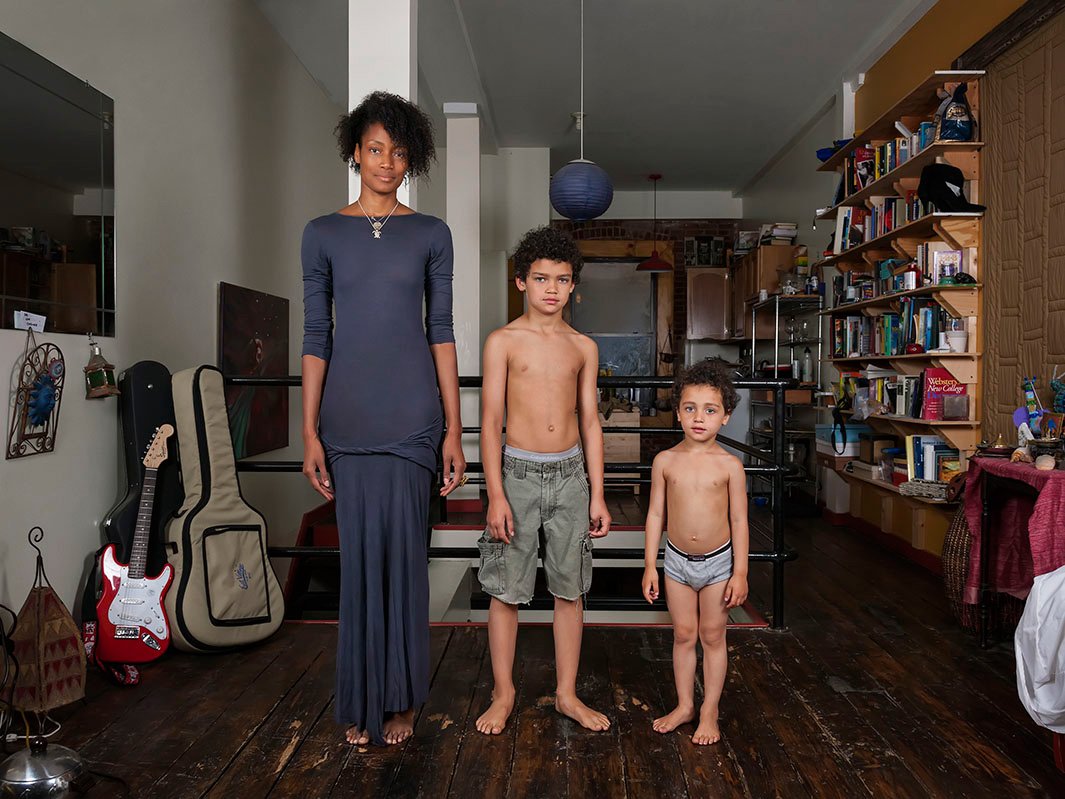 Fascinated by the evolution of identity, the photographer Cyjo, who styles her name CYJO, has created a series of portraits that examines how race, ethnicity, and heritage contextualize a person as an individual, and how they coexist within the framework of a family.

Cyjo identifies herself as a Westerner of Korean ethnicity (she was born in South Korea and raised in the United States) and photographed the series “Mixed Blood” from 2010–13 in both New York and Beijing. She has explored the dynamic between individual and collective identities in her previous work via a more abstract approach, but, with “Mixed Blood,” she uses the more literal approach of portraiture.

Over time, as humans migrate and change environments, the definition of identity has evolved to adjust to a broader definition of race and ethnicity. Cyjo pointed out that, in 2000, the United States Census for the first time allowed people to choose more than one identifier when noting their race. Almost 7 million people chose to count themselves as mixed race, a number that has continued to grow over the past decade and a half.