Talking back to the census question on race 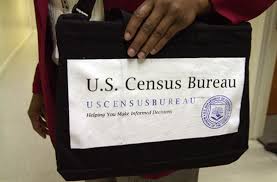 What is your race? I hesitated last week before checking a box on that question in my 2010 census form and so, apparently, did millions of others.

For many years the Statue of Liberty “melting-pot” ethic pervaded our country. Immigrants cherished their heritages but immediately set about being “Americans.” That meant abandoning the home language immediately and jumping into English, ready or not. (My own father was born in the Netherlands, and Dutch was his native language, but to this day I know only a couple Dutch words.) Assimilation was the thing.

The 1964 Civil Rights Act made it illegal to favor or discriminate against anyone on the basis of race, gender, ethnicity, or religion. That was another victory on behalf of “one country, with liberty and justice for all.”

Since that time, race and ethnicity, in particular, have become ever more blurred in our society. Intermarriage has truly made us “E Pluribus Unum” (one from many), as stated on our coins. How do your classify President Barack Obama? He is known as our first African-American president, but his father was African, his mother was Caucasian, and he was raised mainly by his white maternal grandparents.

Look at your Seattle neighbors. We are a proud mixture of Western and Eastern European, Asian, Latino, Middle Eastern, African, Pacific Islander, Indian, Native American, and other cultures and nationalities. One of our zip codes, in Rainier Valley, turns out to be the most diverse in the nation: Way to go, 98118!

Some families are of mixed religion, with one partner, for instance, being Jewish and another Protestant, Catholic, Buddhist or even Muslim. Same for race. One partner can be black or Asian, another Caucasian or Latino. Their kids are…what? “Americans.” A well known local politician told me recently that he finds himself embarrassed to be classified principally by his race. He does not define himself that way. Why should others?

One America is what we set out to create before, in recent years, political correctitude insisted on bilingualism and various ethnic groups began to demand differentiated treatment from the society at large. Our census forms ask, for instance, how many white, Latino, or black persons are in a given household. The data will be useful to the government in designing programs and allocating resources — I guess. But many other groups are not listed on the form. And how many of us are None of the Above or All of the Above?

Put me down as favoring the melting-pot, 1964 Civil Rights Act school of thought in which apparently irrelevant distinctions were to be set aside in this New World. America, the country of the new start and a homeland for all. A place where people could rise on the basis of their character and effort and everything else was irrelevant.

The census questions offend me because they appear in opposition to that concept. Just count us as people, please.

Ted Van Dyk has been involved in, and written about, national policy and politics since 1961. His memoir of public life, Heroes, Hacks and Fools, was published by University of Washington Press. You can reach him in care of editor@crosscut.com.