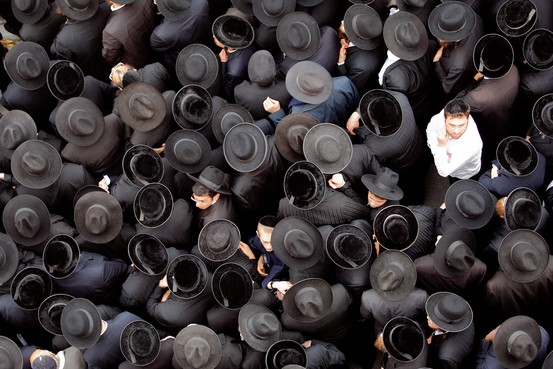 In January 1999, an effervescent 28-year-old woman named Shonnie Medina died of breast cancer in the remote southern Colorado valley that had long been home to her family. The same disease had killed many of Medina’s ancestors; soon after, it would claim the lives of her sister, aunt and several cousins. Although one can’t be certain, it is likely that all of their cancers, each and every one, were due to a mutation known as BRCA1.185delAG. The name is scientific shorthand for an inherited problem in the Medinas’ DNA: the deletion of two links in the long chain of chemical “bases” that makes up the gene BRCA1.

BRCA1 directs the production of a substance that helps eliminate the random cellular mishaps that lead, over time, to breast and ovarian cancer. The deletion of those two links doesn’t directly cause cancer; instead, it incapacitates the gene, making the body less able to prevent the disease. Because the molecular mistakes that BRCA1 fixes are common, half or more of the women with the defective gene will develop breast or ovarian cancer. Worse, they are likely to develop it early, and in an especially deadly form.

In the mid-1990s, researchers determined that BRCA1.185delAG had originated as much as 2,500 years ago, in biblical Palestine. The type of cancer that felled Shonnie and the other Medina women is thus tightly linked with Jewish ancestry—surprising, because the Medinas, like their neighbors, are Hispanos, descendants of Spanish colonists in the areas that the U.S. seized from Mexico.

What did it mean that the Medinas, who considered themselves of Spanish and Indian ancestry, had “Jewish” DNA? If their ancestors were Spanish Jews, as seems possible, did that suggest that they were somehow Jewish? On a larger scale, what happens when one ties genetics—blood, in other words—to culture and identity? As Jeff Wheelwright recounts in his always intriguing, occasionally frustrating “The Wandering Gene and the Indian Princess,” Shonnie Medina’s brief life was a small part of a recently revealed, centuries-old snarl of race, culture and creed.

As humankind becomes more technologically sophisticated, identity becomes both more fluid and more fixed. People can more readily concoct their own personas, mixing and matching elements they find on the Internet; meanwhile, genetics pins us ever tighter to our own heredity. The resultant confusion spills over into a host of subjects: ethnic profiling, affirmative action, religious identity tests, the complex of issues summed up in Charles Murray and Richard Herrnstein’s “The Bell Curve.” All reliably provoke temper tantrums, red-faced accusations and wounded feelings. Conservatives are more often lambasted for their views than liberals, but liberals are no less prone to the fantastic and illogical. Mr. Wheelwright, the former science editor of Life magazine, tiptoes with impressive agility through the minefield; this is one of the rare books on this vexed subject that get the technical stuff right—and that understand that people make what they will of scientific findings.

Jews, historically an insular group, were a ready subject for the new discipline of human genetics, as Mr. Wheelwright recounts. After the 1970s, when DNA screening for harmful inherited conditions like Tay-Sachs disease, Gaucher disease and cystic fibrosis became available, Jews quickly embraced it. More important, and perhaps more ominous, genetics was used to establish Jewish identity. Partly because they possess certain snippets of DNA, the Lemba of southern Africa have been widely accepted as Jewish. Indeed, the findings have been trumpeted as “proof” that Zionism and Israel are not racist. Meanwhile, the claim of the Beta Israel and Falash Mura to Jewish identity—120,000 of whom have fled Ethiopia’s wars since the late 1970s to live in Israel—has been undermined because many lack those DNA snippets. Inevitably, this has been touted as “proof” that Zionism and Israel are racist.

Such controversies are not restricted to Jews. Before Columbus, Native American groups determined membership by culture. If people, say, spoke the Huron language, embraced Huron custom and creed, and were loyal to the tribe, they were accepted as members of the Huron. In the late 18th century, it has been estimated, about three quarters of the Iroquois had not been born into Iroquois families but had been adopted as captives or runaways. Despite this tradition, several Indian groups, notably the Seminole, have taken to expelling tribal members with insufficiently “Indian” DNA—giving contemporary, European-style biology priority over traditional indigenous views.

Mr. Wheelwright concentrates on the finding that Hispanos like the Medinas have not only BRCA1.185delAG—”Jewish” DNA—but some possibly Jewish customs, such as lighting candles on the Sabbath, suggesting that they may be descended from Jews who pretended to convert to Christianity to escape the Inquisition but who continued to practice their faith in secret. Crypto-Jews in Colorado, hidden for centuries!—such claims are catnip to journalists because they make the world more interesting. Nonetheless, they may be true, at least in part. Many of the first Europeans in the U.S. Southwest indeed were conversos, Jews forced into Catholicism. Even if they wholeheartedly took up their new faith, they surely carried with them, as all people do, aspects of their ancestors, including Jewish customs and perhaps faith.

The notion has led to a boomlet of people claiming, Madonna-style, to have found their spiritual roots in ancient Palestine; to bouts of confusion in Southwestern churches, which find some of their congregations claiming to be Jewish; and to a small academic rumpus over whether folk customs and memories can be used as proof of ancestry. The data presented by the disputants are first shaky (some genetic indicators) and then shakier (funny marks on old graves, odd customs with candles). By the end of Mr. Wheelwright’s book, we’re listening to a Hispano rancher tell a hippyish rebbe how his grandfather “went overboard with cleanliness,” said fastidiousness being evidence for suppressed Judaism. (“Nobody would admit there was any Jewish in them, he said.”) To which your meticulous reviewer, the product of a long line of Episcopalian ministers, can only say, “Oy.”

Rather than being confined by her Judeo-Hispano-Indian roots, Shonnie Medina joined the Jehovah’s Witnesses, a religious group founded by Scots-Irish Protestants that refuses blood transfusions, denounces the Pledge of Allegiance and rejects the symbol of the Cross (Christ, Witnesses believe, died on a tree). The strictures of Medina’s new faith made cancer surgery impossible, because she wouldn’t accept the necessary transfusions; vain about her beauty, she couldn’t bear the prospect of a mastectomy. Instead she put her hopes in yet another spiritual tradition—homeopathy, popularized by Germans in the 19th century. When that failed, she went to a clinic in Tijuana that dispenses, in a cloud of New Age hokum, herbal medicines of a type banned in the U.S. since 1960. The results were as one would expect.

Mr. Wheelwright evokes Medina’s choices with great sympathy; he helps the reader see why a course of action that looks self-destructive from the outside might have been logical, even necessary, for her. To my taste, he is sometimes less successful in guiding the reader through his story. I wondered why, for instance, Mr. Wheelwright waited to explain how DNA works until halfway through the book. About one long-delayed anecdote he remarks, “Well, before finally hearing about Bea, there’s an additional incident to relate.”

Still, the author is onto something here. As William Blake saw the world in a grain of sand, Mr. Wheelwright has seen in Shonnie Medina’s brief life the tangle in which we are enmeshed, as we learn ever more about ourselves and are ever less clear about what to do with the knowledge.
(Tags: Genes/Ancestry, Mexico, Converso)