A Tepid ‘Welcome Back’ for Spanish Jews 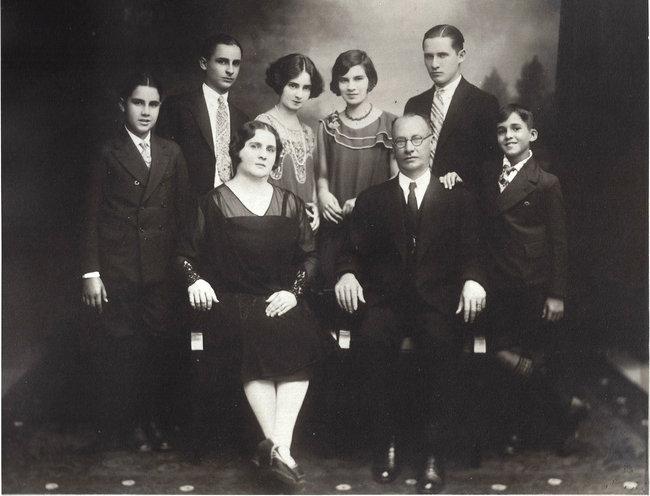 I AM conducting a global search for a missing menorah that my great-aunt Luz concealed in a commode in her cramped bedroom in a garden apartment in San José, Costa Rica. She preserved it until she died, in her 80s, in 1998, when she was buried swiftly the next day with a Sabbath-day psalm on her funeral card — cryptic signs of my Catholic family’s clandestine Sephardic Jewish identity because the prayer avoided any reference to the trinity or Jesus.

I tallied these and other Carvajal family clues a few days after the Spanish government heralded its new immigration reform last month. Five hundred and twenty years after the start of the Inquisition, Spain opened the door to descendants of Sephardic Jews whose ancestors had fled the Iberian Peninsula, forced, in order to live in Spain or its colonies, to choose between exile or conversion to Christianity. Or worse.

Top government officials pledged to speed up the existing naturalization process for Sephardic Jews who through the centuries spread in a diaspora — to the Ottoman Empire and the south of Italy; to Spain’s colonies in Central and South America; and to outposts in what are now New Mexico, Texas and Mexico.

Spain’s foreign minister, José Manuel García-Margallo, sought to address his nation’s painful legacy when he revealed the reforms, declaring it was time “to recover Spain’s silenced memory.” But the process is much more complicated than it appears, and some descendants are discounting the offer as useless, or even insulting, as it dawns on them that they are excluded.

Some of those converts in Spain’s colonies — still within the reach of the Inquisition — led double lives for generations, as I learned from writing a book about my own family’s concealed identity. They lived discreetly, maintaining Jewish rituals that would have put them in peril if they had been discovered. They risked confiscation of wealth, prison, torture or death. Some relatives knew, some didn’t and others refused to see.

For this act of heresy, living life as Jews, a branch of Carvajal converts in the 16th century was decimated in the Spanish colony of Mexico by burning at the stake.

They are called anousim — Hebrew for the forced ones — crypto Jews or Marranos, which in Spanish means swine. I prefer a more poetic term that I read in a French book: silent Jews who lived double lives.

The Spanish offer was not as simple as it first sounded, and almost immediately evoked a mix of reactions. The Federation of Sephardic Jews in Argentina, for one, was elated. But there were some hard questions from bnei anousim, the descendants of the anousim. They were concerned about criteria that were not widely explained.

Genie Milgrom, president of the Jewish Genealogical Association of Greater Miami, researched her family’s unbroken Sephardic Jewish line through 19 generations of grandmothers to Spain. She said she had no interest in Spanish citizenship in “a country that extinguished my heritage.” But for those who want nationality, she said Spain “needs to be abundantly clear on what they are going to do with the anousim.”

The proof of Jewish identity among the anousim is often pieced together like a mosaic of broken Spanish tiles. Clues range from last names to cultural customs in the home to intermarriages among families with traditional Sephardic Jewish names.

In my case, I have a family tree ornamented with such names, since ancestors had an enduring habit of marrying among trusted distant cousins to protect their secret lives. Is it enough, though, to offer the Spanish government a family tree? Or what about Aunt Luz’s old menorah if I can ever find it? My great-grandfather had a habit of visiting a local rabbi in San José weekly. Was that evidence of interior religious lives?

When I asked Isaac Querub, president of the Federation of Jewish Communities of Spain, about the criteria for anousim, I was startled by the response. To be naturalized and become citizens, secular bnei anousim Jewish applicants whose families had maintained double lives as Catholics must seek religious training and undergo formal conversion to Judaism. It is the federation that will screen and certify the Sephardic Jewish backgrounds of applicants who seek the documents that can be submitted to the government to obtain citizenship. Mr. Querub said that what the government meant by Jews is “the Sephardic descendants who are members of the Jewish community.”

The fundamental change is that the Spanish government eliminated a residency requirement, proof of financial resources and an onerous standard that applicants must renounce current citizenship.

I am pondering the next step. Mr. Querub predicted that the process would be smooth if I started formal conversion, extolling my name, “Carvajal,” as a 100 percent old Spanish name.

The good news is that perhaps I can finally close the circle with the past, deepen my ties to Spain, and learn more about Judaism and ultimately convert. I already feel that connection so profoundly that I moved one summer with my family into a village of white houses on a sandstone ridge in Andalusia to understand my family’s fear and penchant for secrecy.

But there is something about the Spanish offer of citizenship with new religious requirements that unsettles me and others in the shadowy category of bnei anousim. The anousim were the forced ones. To seek Spain’s generous gift, isn’t that happening again?

Michael Freund, who created the Jerusalem-based Shavei Israel to aid anousim descendants seeking to reclaim their religious identity, initially praised the offer as a symbol of “modern day Spain’s efforts to make amends.”

But when he learned more about the criteria, gratitude turned to gloom about limiting the decree to Sephardic Jews while excluding bnei anousim.

It’s “as if to say that there is no need to right the historical wrong that was done to forcibly converted Spanish Jews,” he said. “This is an outrage, and it goes against the spirit of reconciliation which the Spanish government claims to cherish. How sad that instead of utilizing this opportunity to send an unequivocal message of contrition, Spain is choosing to heap further insult on injury.”

Doreen Carvajal is a reporter for The International Herald Tribune and The New York Times and the author of “The Forgetting River.”

An earlier version of this article referred imprecisely to a Jerusalem-based organization that helps “lost” or “hidden” Jews to reclaim their religious identities. It is Shavei Israel, not the Shavei Foundation.