The story of Bnei Menashe was just starting to unfold in the early 1990s. It all sounded so exotic and so remote, a group of people with a collective memory of ‘crossing a body of water to freedom’, not using yeast products for a week each year, and with men named Jacob and Gilead.

Get The Times of Israel’s Daily Edition by email
and never miss our top stories FREE SIGN UP!

Could they really be the lost tribe of Israel, descendants of Menashe, the son of Joseph?

We had the pleasure to host many visitors for Shabbat meals when we lived in Australia. One was Rabbi Eliyahu Avichayil. His brief stay in Melbourne was at the end of one of his trips to find “lost tribes” and he was full of fascinating stories. His travels took him to a remote place in India below the Himalayas, near Tibet, the home of the Bnei Menashe.

By 2000, 400 Bnei Menashe had arrived in the promised land. They were not considered Jewish immigrants, so they did not receive government support until after a long conversion process.

In 2005, Chief Sefardi Rabbi Shalom Amar agreed that they were indeed a branch of ancient Israel, exiled from Samaria by the Assyrians.

Bnei Menashe came from a third world, agricultural society, without money, language, support or vocational training for life in Israel. Some of the early immigrants went to Gush Katif to work in the green houses. Now dispersed, they are mainly concentrated in Kiryat Arba, Sderot, Beit El, Ofra, Nitzan, Carmiel, Afula and Maalot. 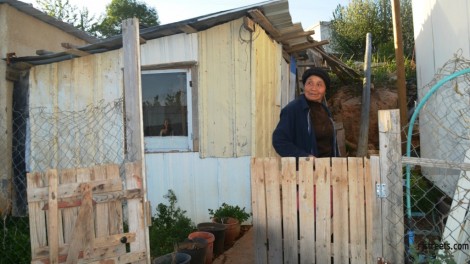 Today many Bnei Menasha still live in the poorest of poor conditions, as does this woman near her home in Kiryat Arba. 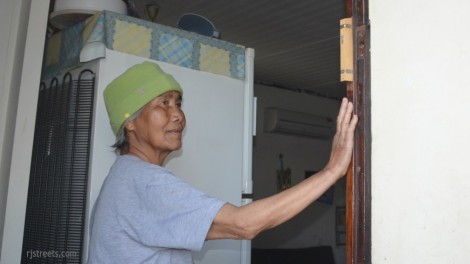 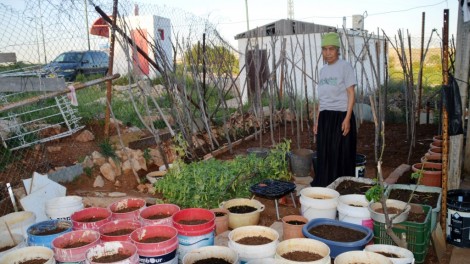 and near her freshly planted garden.

She was so proud as she told me a word in English, “beans.”

For many Bnei Menasha, homes are old caravans… 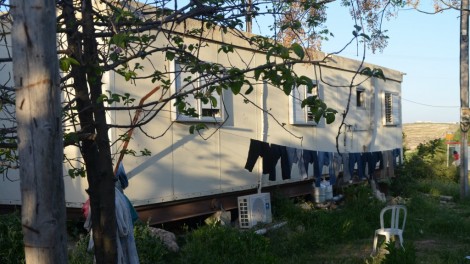 …of 36 meters, some with make-shift patched roofs like this one: 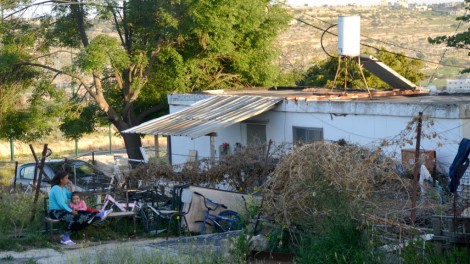 At least this one has a “dood shemesh” for hot water. They must be so cold in winter. 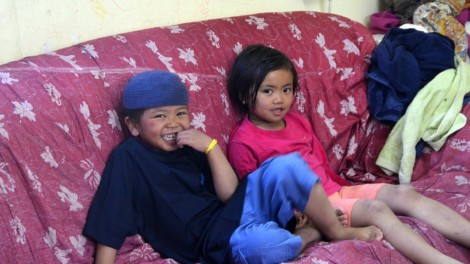 I confess. I had a crush on little Jacob the second I got out of the car and saw him watching from their window. 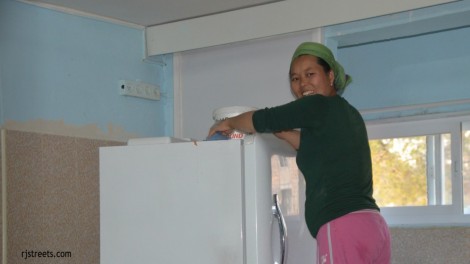 What a nerve to drop by to visit the week before Passover, but still she was smiling, even as she continued to clean the top of the refrigerator. 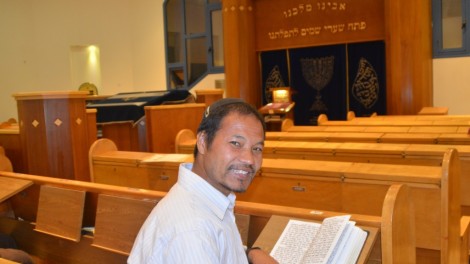 Daniel, who is studying in a security training program, posed in the synagogue.

Community leaders work in menial jobs to support their families. Their numbers are small compared to the Ethiopian population and they do not have the same social support systems. One rabbi worked in assembly at a hi-tech company. With so many working as gardeners, next year, the shmita year, will be even harder financially.

“They shall come that were lost in the land of Assyria,” was the prophecy of Isaiah. 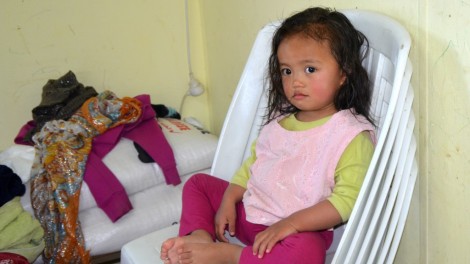 But Ilanit is here and we should all care about her future now.

The lost tribe has been found. Their past is quite a story. But their future is in our hands.

I met and photographed many wonderful people. Over the next few years, a thousand more family members are expected to come to Israel. They need our help and support to find their way to a good future, especially the elderly and very young.

Please see more of the fascinating story of “Bnei Menashe