A glorious synagogue was inaugurated in the German city of Speyer on the anniversary of the Kristallnacht pogrom.
The previous shul was destroyed By the Nazis exactly 73 years ago, in 1938.

The synagogue’s rebirth marks the revival of Jewish life in the country which gave the world one of the darkest times in human history. 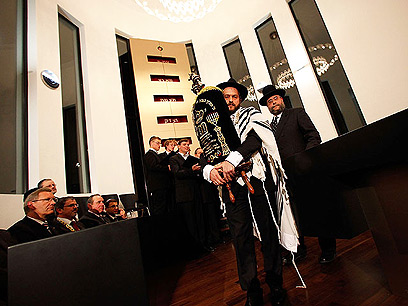 German President Christian Wulff said that the revival of Jewish life in German was a gift. “We are glad that a new synagogue was built and that people will be able to pray in it,” he noted. 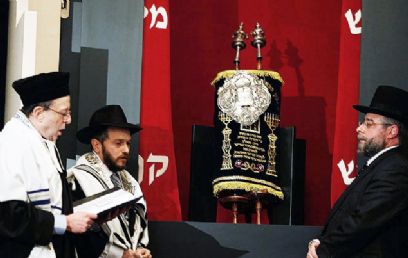 Speyer’s Jewish community has suffered from many anti-Semitic incidents. The town’s first synagogue was built in 1104, eight years after the execution of 10 Jews by the Crusaders. Some 600 Jews live in the area, most of them former Soviet Union residents. 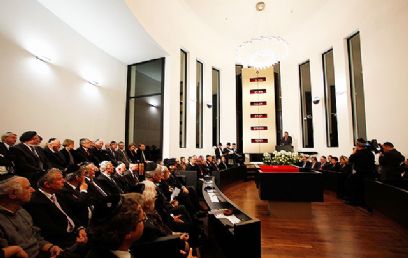 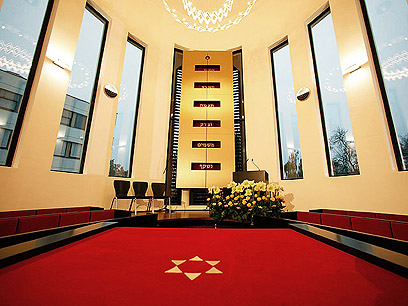 “We have helped greatly in the reestablishment of central Jewish Orthodox educational institutions in Germany, including the Berlin yeshiva which educated Germany’s rabbis until the Holocaust,” he said.

“In this institute, future rabbis are trained to lead the Jewish community across Germany, and it serves as the spiritual center of the German Jewry today.”