I Now Pronounce You Conned

This was going to be S. and A.’s most memorable night. The young Ethiopian couple dreamed of standing under the chuppah in a wedding hall in Ness Ziona; the rabbi gave A. the ring, as he placed it on his soon-to-be wife’s finger. “With this ring, you are consecrated unto me according to the law of Moses and Israel,” he repeated after the rabbi, and broke the glass to the applauding roar of his guests.

There was only one problem: The entire wedding ceremony, including the chuppah, blessings, ring and the breaking of the glass, were all for show, a sham orchestrated by the couple and three rabbis for a few thousand shekels in cash.

The phenomenon, as it turned out, is not unique: Yedioth Ahronoth received testimonies from other Ethiopian couples who encountered a similar experience; shortly before the wedding, and after having made all the arrangements, Rabbi Yosef Hadana, chief rabbi of the Ethiopian community in Israel, informed them there was a problem with the Jewish status of one of them, meaning the wedding could not be officiated on the appointed date.

After causing the couples such severe distress, Rabbi Hadana then referred to acquire a speedy conversion, simultaneously telling them to seek Rabbi Shalom Tsadok, of the local council Bnei Ayish. The latter, they were told, could help “solve the problem.”

Tsadok on his part offered the couple a quick fix: A fake wedding attended by an authentic rabbi, so that at least the guests believe they are witnessing a real Jewish wedding.

He also referrered the couples to a rabbi who officiates such ceremonies – Rabbi Shilo Tsadok, a rabbi from Kiryat Ata, also known as “Rabbi Shaul” or “Rabbi Shauli” – who just happens to be his son. The price tag for a fake weeding? About NIS 4,000 (approx. $1200).

“On one hand, there?s the loss of tens of thousands of shekels in wedding expenses, which you have saved up for years. On the other hand you can’t talk about not being considered Jewish,” says A., who was recently married in such a “scam-wedding.” 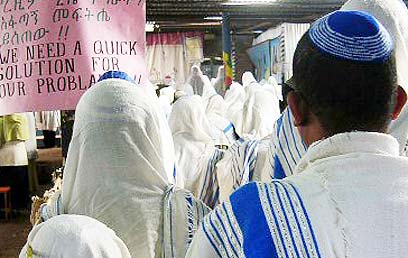 “You find yourself helpless before people who are ‘supposedly’ capable of getting you out of this mess; who take your money and humiliate you in a degrading ceremony.”

Having no choice, A. returned to Rabbi Hadana who then referred him to Rabbi Tsadok, who in turn sent him to Rabbi Shilo. “A wedding with a rabbi has a price,” Rabbi Tsadok told him. “In cash, inside an envelope.” The final price paid for the wedding was NIS 3,000 (about $900.)

Both Rabbi Shalom Tsadok and his son are authorized by the Chief Rabbinate of Israel to officiate weddings, but according to standard regulations, neither one is allowed to demand a fee from the family without reporting it. In many cases, the officiating rabbi gets a gratuity from the families, to the tune of about NIS 1,000 (about $300).

Rabbi Hadana told the “problematic” couples that after the sham-wedding and proper conversion are over, he will hold another ceremony in his office for an additional fee. The couples quoted in this article opted not to continue the conversion process, and have yet to be legally married. 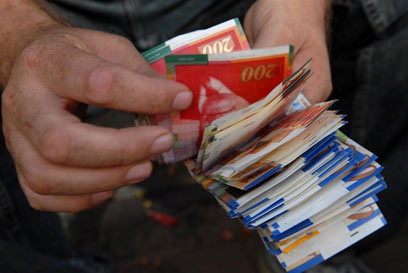