An Israeli of Ethiopian background is one of two Israeli students — and the first from her community — to win a prestigious Rhodes scholarship to the University of Oxford this year.

The Rhodes Scholarship is an international postgraduate award established in 1903 with the fortune of British businessman Cecil Rhodes. Among its most famous recipients are Bill Clinton, Cory Booker, Kris Kristofferson, Dean Rusk and Edwin Hubble.

Eden Amare Yitbarek served in the IDF as a truck and emergency vehicle driver before enrolling at the Interdisciplinary Center Herzliya, within the framework of Israel at Heart — an IDC program that gives Israeli youngsters of Ethiopian origins with high leadership potential the chance to earn an undergraduate degree at the institution. Eden studied Government, Diplomacy and Strategy.

The 23-year-old from the southern Red Sea city of Eilat received two Dean’s List awards for outstanding students and worked as a research assistant in the American Public Opinion toward Israel (APOI) lab at the IDC’s Lauder School of Government, Diplomacy and Strategy, which studies the relationship between the US and Israel. In her final year at IDC, she was accepted to the Argov Fellows Program in Leadership and Diplomacy, which aims to prepare around 20 exceptional IDC students in their final year of BA studies for future leadership positions in Israel and in the Jewish world.

Eden, who wants to study international development at Oxford, has volunteered as a teacher and mentor for refugee and migrant children in Tel Aviv. 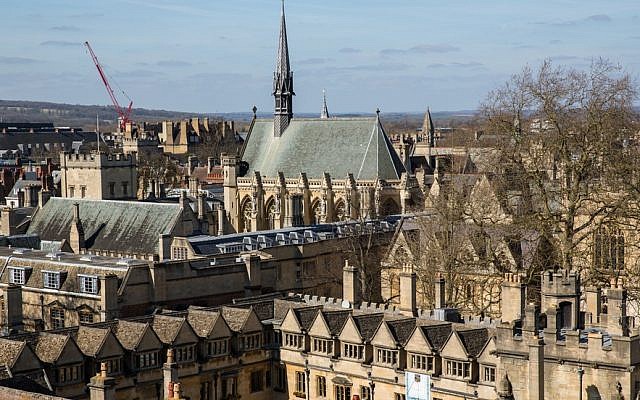 She is currently working in Tel Aviv for Eagle Point Funding, an international consulting firm that helps to match US federal support with American high-tech start-ups and companies seeking support for R&D and business development.

Much of the Ethiopian-Israeli community has had a hard time integrating into Israeli society, suffering from poverty, educational gaps and racism. Furthermore, many families have been split between those who managed to immigrate to Israel and those still waiting to do so in Gondar and Addis Ababa.

Out of 100 Rhodes scholarships given annually worldwide, two are given to outstanding Israelis.

The other Israeli Rhodes Scholar for next year is Eli Zuzovsky, 25, from Tel Aviv, who studies English and filmmaking at Harvard with a secondary field in theater.

The Rhodes Trust pays all college and university fees, provides a stipend to cover necessary expenses while in residence in Oxford as well as during vacations, and takes care of transportation to and from England. The total value of the scholarship averages approximately $70,000 per year, and up to as much as approximately $250,000 for scholars who remain at Oxford for four years in certain departments.