Shavei Israel chairman says growing number of people of Jewish descent throughout southern Italy, Sicily ‘have begun to return to their roots’

Dozens of Marranos (referred to in Hebrew as “Bnei Anousim”) and other people of Jewish descent from across southern Italy and Sicily gathered in the Sicilian city of Syracuse on Tuesday and Wednesday for a special seminar aimed at facilitating their return to their roots.

The seminar – the first of its kind – was organized by the Jerusalem-based Shavei Israel organization in conjunction with the Union of Italian Jewish Committees (UCEI), the Jewish community of Naples and the Sicilian Sephardic Center.

Entitled “The New Frontier of Italian Judaism”, the gathering included lectures and classes on a range of Jewish cultural and religious subjects, as well as a walking tour of Jewish historical sites in the Giudecca (old Jewish quarter) of Syracuse. These include the ancient mikveh (ritual bath), which is said to be the oldest ever discovered in Europe. 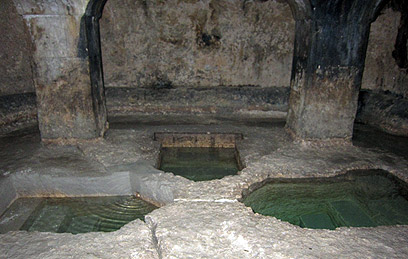 Participants came from across Sicily, as well as the southern Italian regions of Puglia and Calabria.

“In recent years, a growing number of Italian Marranos as well as others of Jewish descent throughout southern Italy and Sicily have begun to return to their roots,” said Shavei Israel Chairman Michael Freund. “We want to extend a hand to them and welcome them back to our people,” he said.

Freund noted that this year marks the 500th anniversary of the first Auto-da-Fe in Sicily, when the Inquisition executed nine Marranos in Palermo in June 1511 for secretly practicing Judaism. “Five centuries later, we have come here to declare that the Inquisition did not succeed in its efforts to eradicate Judaism,” Freund said.

Heavy hand of the Inquisition

The history of Jews in Sicily dates back more than two millennia, to the Second Temple period. Despite enduring various periods of legal restrictions and persecutions over the ensuing centuries, the Jews of Sicily flourished and produced many great scholars and rabbis.

In the late 14th century, Sicily’s Jews were confined to ghettos and faced increasingly harsh decrees as well as massacres and forced conversions to Catholicism.

These measures culminated in 1492 with the Edict of Expulsion, which ordered the remaining Jews to leave. At the time, there were at least 52 Jewish communities spread out across Sicily, numbering more than 37,000 people.

Nearly all had left by December 31, 1492. Large numbers of forcibly-converted Jews were compelled to remain behind, where they suffered under the heavy hand of the Inquisition.