Officials say event to be held in Argentina to strengthen ties between Israel, local Jewish community. 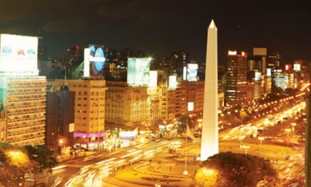 The Jewish Agency for Israel’s board of governors will convene in Argentina next month between November 14 and 16.

Officials said the purpose of holding the event in the South American country is aimed at strengthening ties between Israel and the local Jewish community and battling local anti-Semitism.

“We are proud to be guests of a large and vibrant Jewish community,” said JAFI head Natan Sharansky. “Latin America is an important branch of world Jewry, with over 400,000 Jews. In Argentina alone there are 200,000. It’s a community that has a very strong connection to Israel and is host to a broad spectrum of Jewish Agency work, including aliya, Israel experiences and Jewish identity.

“It is important, especially in this time of growing anti-Semitism and anti- Israel activity on the continent, to strengthen and constantly reinvigorate this connection.”

Last week a study commissioned by Jewish groups revealed that one in two Argentineans would rather not have Jewish neighbors and believed Jews “talk about the Holocaust too much.”

During the three-day gathering JAFI officials will tour the city’s Jewish institutions and pay their respects to the victims of the 1994 bombing of the AMIA Jewish community center.

The costs of holding the meeting in Buenos Aires instead of Jerusalem will be covered by the local Jewish community, a JAFI representative said.