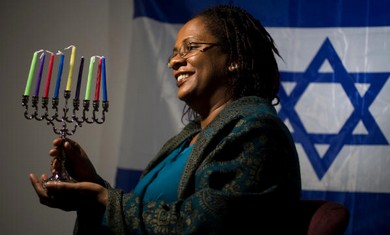 Belaynesh Zevadia arrived in Israel from Ethiopia in 1984; she will go back to Addis Ababa as Israel’s envoy.

Twenty-eight years after making aliya from Ethiopia, Belaynesh Zevadia will return to her birthplace in the summer – this time as Israel’s ambassador.

The 44-year-old will be Israel’s first Ethiopian-born ambassador.

“It is a great honor to be appointed ambassador, and especially the first ambassador from the Ethiopian community,” she said. “I made aliya as a youth and am returning to Ethiopia as an ambassador.”

Zevadia said her appointment was proof that Israel gives opportunities to all, veteran citizens as well as new immigrants.

Foreign Minister Avigdor Liberman said that the decision to appoint Zevadia, besides the fact that she is a “talented diplomat,” was also “an important message to Israel, which is currently fighting racism against the Ethiopian community.”

The appointment was a sign of “fighting against prejudice,” he said.

“I am convinced that she will represent Israel with honor and bring pride to the Ethiopian community,” Liberman said. “In Israel people are judged not by their skin color or sex, but rather by their ability to contribute.”

Zevadia, who joined the Foreign Ministry in 1993 as its first Ethiopian-born diplomat, served previously at the consulates in Houston and Chicago.

She grew up in the village of Ambova in the Gondar province, and arrived in Israel at the age of 16 on a Jewish Agency scholarship to study at the Hebrew University.

After attending Jerusalem’s Ulpan Etzion, Zevadia went to work for the Jewish Agency during Operation Moses, the airlift from November 21, 1984 to January 5, 1985, that brought some 8,000 Ethiopian Jews to the country. She worked in helping ease initial absorption pains for the immigrants.

Zevadia’s father was the head kes (religious leader) in Gondar, and died three years after coming to Israel, in 1989.

She has a BA in international relations, and an MA in anthropology and African studies, from the Hebrew University.

MK Danny Danon, head of the Knesset’s Immigration and Absorption committee, characterized the appointment as a “victory for Ethiopian aliya.”

Zevadia was a role model for the entire Ethiopian community and clearly illustrated the phrase that “black is only a color,” he said.

Danon, who said he would dedicate an upcoming committee meeting in her honor, said the appointment gave hope to the community of better integration into society.

Interior Minister Eli Yishai also congratulated Zevadia on her appointment, saying that while it was an important step in stamping out racism, much still needed to be done to eradicate prejudice toward both new and veteran immigrants.

The appointments have to go to the cabinet for final approval.