For the 450 years Jews lived in the Balkans, the Sephardim kept their traditions, all while becoming part and parcel of Balkan city life. 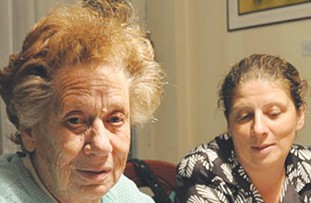 Seventy years ago this month, Hana Montijo had not quite reached her first birthday. Her parents, Menahem and Flora, lived in a mostly Muslim neighborhood on a steep hill overlooking Sarajevo. They were a poor family; Menahem worked as a tailor.

Matilda and Breda Kalef were 10 and nine-year-old sisters, and lived in a large house in Belgrade’s Jewish quarter, Dorcol. Their family owned a textile store, and everyone – uncles, grandparents, parents – worked there.

And in the southern Yugoslav Macedonian town of Bitola, Roza Kamhi and Beno Ruso were a pair of 21-year-olds, deeply in love, and planning for their future. All of them were Jewish.

THEN CAME Nazi Germany’s invasion of Yugoslavia in April 1941, and immediately after, its invasion of Greece. The Wehrmacht was accompanied, or followed by, the SS and foreign ministry diplomats. After the Royal Yugoslav Army collapsed in two weeks, regular soldiers, committed Nazis and professional diplomats all began planning how to murder every living Jew in Yugoslavia, and then in Greece.

Who were these Jews? Albahari, Arditi, Farhi, Kanhi, Alvo, Amouli, Kalef, Saltiel, Molho, Behar, Montijo, Kabilo, Finci – these were Sephardic family names, descendents of those who had been expelled from Spain in 1492. Unwanted by most of Europe, they had sailed east and found a home in Balkan lands, then ruled by the Ottomans.

For the 450 years they had lived in the Balkans, the Sephardim kept their traditions, their recipes, their customs, even their Spanish dialect, Ladino, or Judeo- Español, all while becoming part and parcel of Balkan city life.

In the north, their great city was Sarajevo, with a Jewish population of 10,000. But the greatest of all Sephardic communities was Salonika, or Thessaloniki as it was known after it became part of Greece in 1912. More than 53,000 Jews lived in this bustling port city on the Aegean.

Through the centuries of the Ottoman empire’s expansion, Balkan Jewish communities flourished. During the empire’s long decline, as industrialized northern Europe sped past the Ottoman economies in the south, most Jews in the region became impoverished. But in these lands, there had never been a pogrom against them. They had never been forced to live in a ghetto.

What makes the story of Hana in Sarajevo, Breda and Matilda in Belgrade, and Roza and Beno in Bitola so different is that they survived the Holocaust, whereas more than 96 percent of their fellow Balkan Sephardic Jews did not.

The four women – all alive today and still living in the Balkans – owe their survival to Muslim and Christian neighbors who risked their own lives to protect them.Each of these women has a story to tell.

Breda and Matilda, for instance, will never forget that day in March, 1942. Their mother had gotten them false papers so they could pass as Catholics, and that morning was taking them to the Jewish hospital, where the girls’ crippled father and his mother were imprisoned. Breda and Matilda had hoped to visit them, but something was happening. German soldiers had blocked off the street, and the girls and their mother hid behind a curtain in a nearby house. They watched as soldiers loaded the patients and doctors into a windowless van, and the girls saw it drive off. This was the first use of the carbon monoxide gas vans in Serbia, and this would be the preferred method for murdering around 6,200 Serbian Jewish women, their children and the handicapped.

Beno Ruso, Roza’s boyfriend, didn’t thank anyone for hiding him during the war. That’s because he picked up a rifle, joined Tito’s communist partisans and fought back.

By the time the war ended in May, 1945, Beno, all of 24 years old, had reached the rank of general. Then he raced home to Macedonia to look for Roza.

WHERE APPROXIMATELY 150,000 Jews lived between Sarajevo and Thessaloniki in 1940, today there are less than 7,000. Yet these remnant communities are a remarkable lot. One reason is they were re-established by former partisans. That meant they were – and still are – a feisty bunch. When war came to Sarajevo in the 1990s, for instance, a handful of Holocaust survivors sent most of their family members to safety, then opened a nonsectarian humanitarian aid agency to help everyone – Muslims, Serbs and Croats. In fact, all ethnic groups staffed their aid agency, La Benevolencija, and they doled out food, medicine and jokes in equal measure.

No sooner had the former Yugoslav republic of Macedonia become an independent country in 1991 than a small band of Jews – some of them aging partisans – made their way to the new government and asked for support to build a Holocaust museum so they could honor all those who had perished. It took a few years to write all the legislation to return heirless property to the Jewish community, but the answer was yes.

Although General Beno Ruso did not live to see the new museum open its doors last month, his girlfriend, who had become his wife, Roza, did attend. Although she is 89 years old and blind, her grandchildren and children escorted her through the museum, and read to her the panels that told tales of Sephardic Balkan life, which had blossomed for 450 years. Until this month, 70 years ago.