The synagogues of emerging Jewish communities in Africa are often modest affairs at the end of bumpy dirt roads, communities which feel a historical or spiritual connection to Judaism, but are struggling to practice fully in their isolated conclaves. Judaism has always had a presence in North Africa, and later, in South Africa. But in the middle of this vast continent, dozens of new Jewish communities are beginning to reach out to the wider Jewish world.

Some, like Ghana, believe they are historical descendants of Jewish traders in the Sahara. Others, in Uganda and Kenya, have felt a spiritual pull to Judaism. Photographer Jono David, 50, has attempted to capture intimate moments of small, emerging Jewish communities across Africa in 30 different countries and territories. An exhibition of some of those photos, The Children of Abraham and Sarah, is now featured at Beit HaTfutsot, the Museum of the Jewish People, through December. It is part of an installation that also includes Nina Pereg’s two videos, filmed at the Cave of the Patriarchs in Hebron, showing preparations to flip the holy site from a mosque to a synagogue and vice versa, during the two days each year when the whole complex is open to either Jews or Muslims.

David’s HaChayim HaYehudim Jewish Photo Library boasts over 100,000 photos from 145 countries and territories on six continents. He has visited hundreds of Jewish communities, documenting how they combine their spiritual identity with local customs.

“I’ve always identified Judaism as being centered with Europe,” said David, who was born in England but grew up outside of Washington, DC. Like many American Jews, he comes from a mix of Russian and Polish Jewish heritage. He visited his first small Jewish community in 1988, in the Amazonian jungle in Manaus, Brazil.

“In 1997, I was doing a big trip, traveling from Beijing to London by train, stopping in various places,” said David. “As I went along that journey, I felt a pull to Jewish connections… It was more about social contacts, not religious, and those were the early seedlings of getting interested in doing what I’m doing now.”

That 1997 trip led David to seek out Jewish communities wherever he went, traveling hours to reach remote villages and meeting people through the network of remote Jewish geography. David has lived in Japan for the past 22 years, where he teaches English at the Osaka City University, among other places. This gives him long vacations when he can travel the world between semesters. 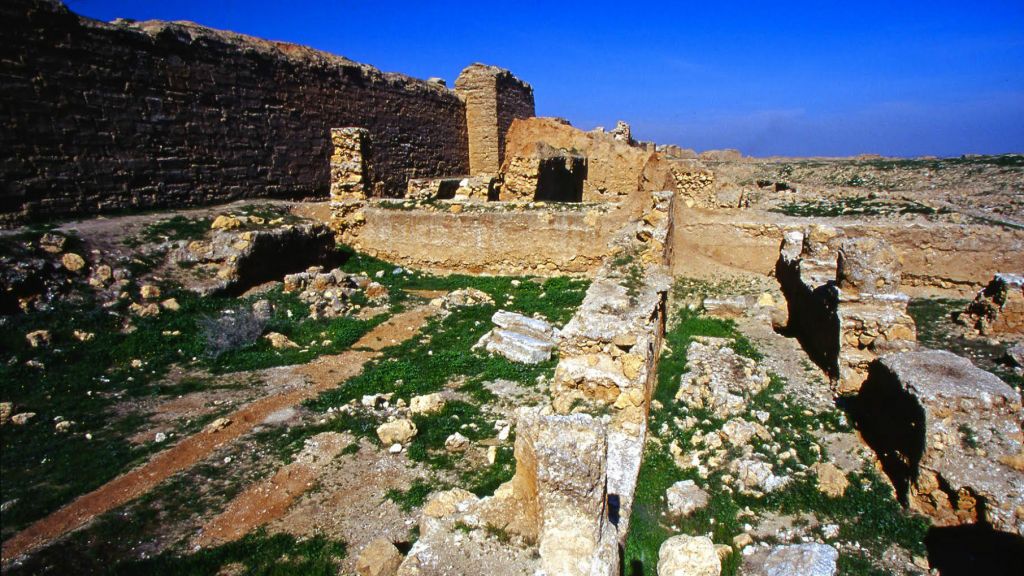 Five years ago, after reading the book “Black Jews of Africa,” David decided to focus his itinerant wandering on the biggest project he has ever undertaken: attempting to photograph every synagogue and cemetery in Africa.

After a year of research and making connections, he started his first trip in August of 2012. He took eight trips to 30 countries over three and a half years, constituting some 60 weeks of travel. He finished his journey in April of this year. The last leg of his last trip was to come to Israel to visit the Beit Hatfutsot exhibition.

David eventually realized that there were simply too many synagogues and cemeteries to try to photograph them all, so he concentrated instead on trying to reach every community. There are a few communities where he couldn’t establish connections, such as the Rusape Jews in Zimbabwe and a community in Madagascar that recently underwent a large conversion in May. Additionally, there are always new communities that are coming out into the open.

“The people seeing [this exhibit], these are people who are probably not going to have any idea that these communities exist, that it’s emerging thing going on in Africa,” David explained over Skype from his home in Osaka. 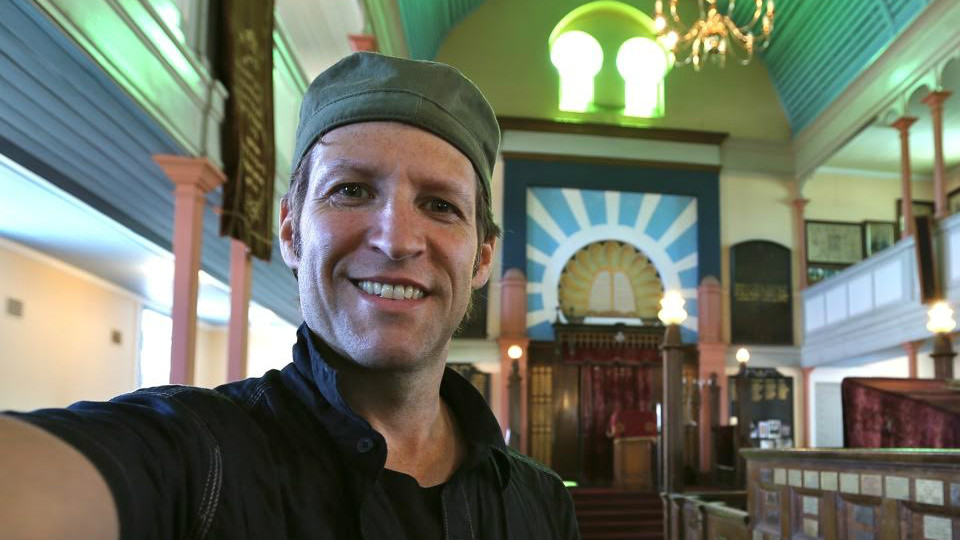 The purpose of his photography project was twofold: to document the presence of these isolated Jewish communities, so their unique traditions could be preserved, and also to try to connect them to the outside Jewish world.

“I wasn’t the first person to go there, and I won’t be the last,” he said. “Some were hesitant to be photographed. After I took a lot of photos, people became suspicious, asking me, what are you doing with these photos?”

“I told them that my goal is to get a light shined on your community so people will know about you and people will come here so they can support you,” said David. “I hope that I can be a voice to the outside by taking photos, through a website, through an exhibition, maybe a book, so people will be drawn there. It will help you to unite with other communities who are not so far away.”

Generally, the communities were excited to see him, and gave him “royal rockstar treatment,” said David. He is grateful that people would often leave their work in order to show him around or unlock a synagogue in the middle of the day. “As far as I can tell, these communities are welcoming because they’re craving people to recognize them and welcome them and help prop them up to learn,” he said. 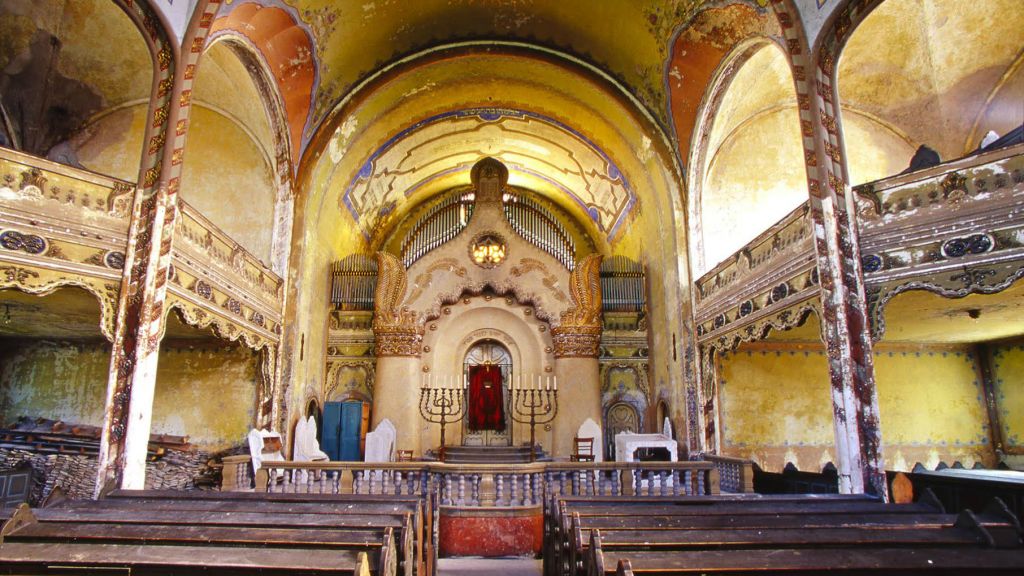 The Jakab and Komor Square Synagogue, aka Great Synagogue in Subotica, Serbia, photographed in August 2004, is one of David’s favorite synagogues in the world. (Courtesy Jono David)

Some organizations, such as Kulanu, Be’chol LaShon, and the United Synagogue of Conservative Judaism are currently involved in development or religious education projects with communities across Africa. David works independently, concerned that some organizations are introducing “brands of Judaism” that do not necessarily fit with the communities’ needs.

Few of these communities in Africa are considered halachically Jewish, although some communities are undergoing conversions with the Conservative or Orthodox movements. In Uganda’s Abayudaya community, this has even led to an internal community rift, meaning that even in rural Uganda, there’s a synagogue you don’t go to. In other places, people start as Messianic Jews and feeling the pull towards Judaism. David said that while he could have visited Messianic Jewish communities, who often call themselves Jewish, he declined to do so.

“I have been introduced to emerging communities that were not born Jewish but have it in their hearts to be Jewish,” he said. “They are so eager to learn and live Jewish lives.”

“I don’t go into any of these communities to judge them in any way, shape or form, whether they’re Jewish enough,” David added.

He noted that he was born 100% Jewish on both sides, but as a non-practicing “cultural Jew,” few ultra-Orthodox Jews would consider him a “true believer.” “I think it’s more about what is in your heart and what you practice,” he said. “We don’t choose who our parents are, or the color of our skin.”

“As long as their hearts are true, I’m not saying they have to live ultra-religious Jewish lives, but I think they should be considered Jewish,” he said. 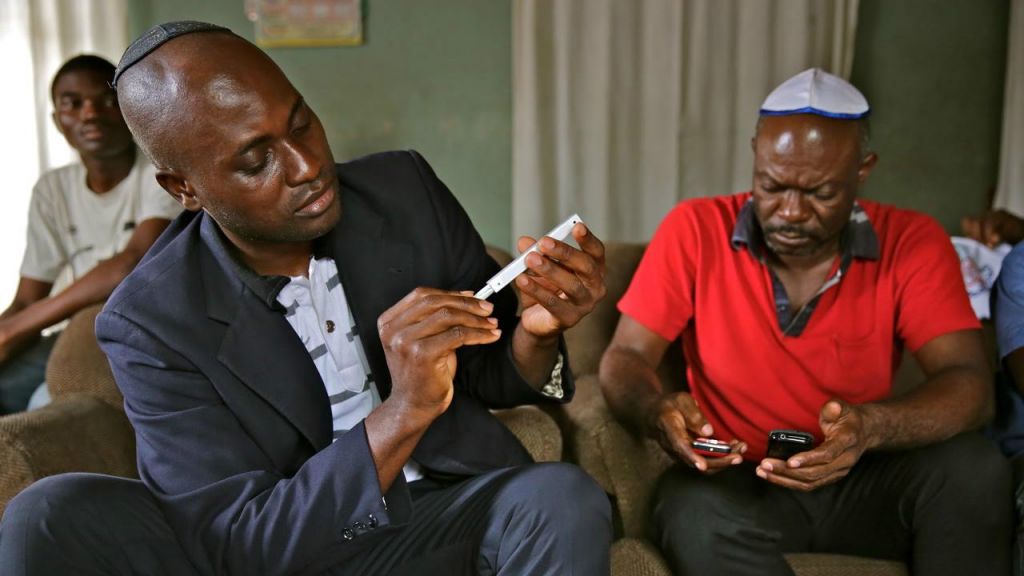 One major difference for emerging communities in the past decade is the prevalence of the internet. The leader of the Abayudaya of Uganda decided to become Jewish in 1920, but it wasn’t until the mid-1990s that they realized there were other Jews in the world.

Now, simple internet searches are connecting Jewish communities in Gabon and Benin, Zimbabwe and Cameroon, enabling them to find each other and canvas the wider world for support. Kenyan Jewish leader Yehudah Kimani turned to Facebook, running a crowdfunding campaign that enabled him to send every Jewish child in his community to school.

With the support of Kulanu and Facebook friends made entirely online, he is now studying at the Brandeis Institute in California and has spoken in numerous states across the US. This is less than 15 years after his father, a former deacon in Kenya’s Messianic Jewish Church, decided to break with that community and become Jewish.

“The internet has really sped up the interest curve and the learning curve of a lot of these communities,” said David, who makes most of his initial contacts online. “Absolutely, the internet has been really life-changing.”

David hopes to turn his Africa photographs into a book. Future exhibitions are planned at the Johannesburg Holocaust & Genocide Center, the Moroccan Jewish Museum in Casablanca, the Rockville, Maryland Jewish Community Center, and the Jewish Museum of Australia in Melbourne. David would like to do a similar project with emerging Jewish communities in South or Central America, but only if he can find external funding. He has funded and organized all of his previous travel. 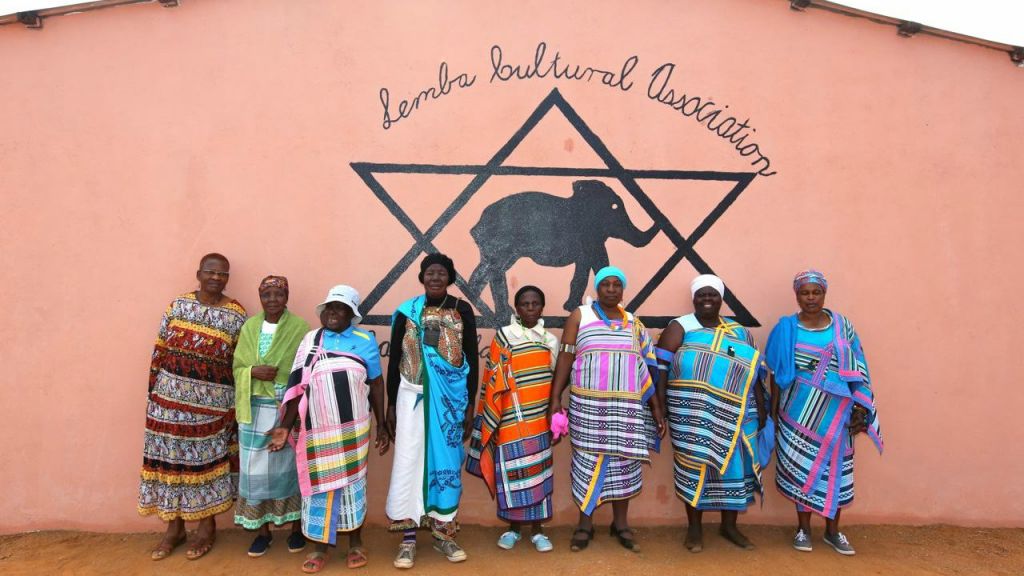 David’s exhibit will stay at Beit HaTfutsot until December. The photo of the plastic sheeting synagogue in Kenya is located around the corner from a room filled with intricate models of European synagogues, majestic houses of worship with carved moldings, beautiful stained glass, and soaring ceilings. In another wing of the museum, a video of the spacious synagogue in Lincoln Center, New York City, shows a small community of older Jews, filling up just a few seats in the cavernous hall.

Up the stairs in David’s exhibit, the small synagogues at the end of dirt roads are bursting with people, a study in contrasts.

“Certainly my connection to Judaism in a cultural, historical, and belonging sense has been strengthened by my travels,” he said. “I always say I’m the guy behind the lens, behind me there’s a whole Jewish community that helps make the photographs possible.”

One of his favorite memories is the welcome he received while visiting the Lemba tribe in South Africa. “Just as we pulled in, these women came out all wearing their finest traditional dress,” he said. “They started singing and dancing and surrounding the car, and it was amazing. I couldn’t photograph because I hadn’t been introduced yet. I just went out and danced with them.”