Study: 20% of Spanish, Portuguese men are of Jewish lineage 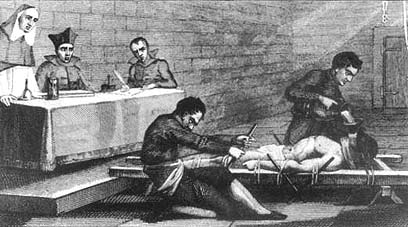 One out of every five Spanish and Portuguese men is of Jewish descent, a new genetic study reveals.

The research, which was published in the American Journal of Human Genetics last Thursday, analyzed the Y chromosome in 1,140 males from the Iberian Peninsula and Balearic Islands, and found a “high mean proportion of ancestry from North African (10.6%) and Sephardic Jewish (19.8%) sources.”

These findings are indicative of the wide scope of massive religious conversions in the region towards the end of the 15th century and the expulsion of Spain’s Jews.
According to the researchers, “Despite alternative possible sources for lineages ascribed a Sephardic Jewish origin, these proportions attest to a high level of religious conversion (whether voluntary or enforced), driven by historical episodes of social and religious intolerance, that ultimately led to the integration of descendants.”

Throughout the Middle Ages, Spain’s Jewish community thrived under Muslim rule, and the period became know as the golden age of Jewish Culture in the Iberian Peninsula. With the conquest of Spain and Portugal by the Catholic Monarchs, Ferdinand and Isabel, the Jews became the target of violence and oppression, and were eventually forced to convert to Christianity or leave Spain.

The Jews who converted to Christianity were called “Anusim” (Hebrew for “forced ones”), and many continued to secretly observe the practices of Jewish religion. The new study reveals that the number of Anusim was much greater than historians believed until today.