The Lost Jews of Kaifeng

Time has made a stranger of a once-thriving Jewish community in China. 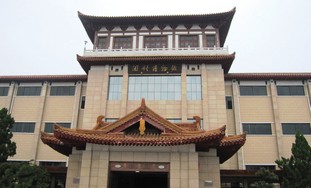 “WELCOME TO Kaifeng, and thanks for coming all the way here,” says Tzur. Charming, with a warm smile, Tzur is an experienced licensed tour guide running the Jewish China Tours Company, which, as the name implies, specializes in Jewish heritage trips through China. He is fluent in Hebrew and English, and is a walking trove of historical knowledge on China’s Jews.

But Tzur is not a transplanted Israeli or American who came for a visit to China and happened to have stayed. Tzur is the Hebrew name he adopted nearly a decade ago in Israel; he is more commonly known by the name he was born with, Shi Lei. His surname, Shi, means “stone” in Chinese, which is why he translated it to “Tzur” in Hebrew. And not only is he a native of Kaifeng, a city of over four million in China’s Henan province, he is a scion of the family that was among the leaders of the ancient Jewish community of Kaifeng.

When people think of historical Jewish connections to China, the cities that come to mind most often are Harbin and Shanghai. Shanghai’s Jewish community dates from the mid-19th century, when Jews from Iraq and India opened trading offices in that city. They were later joined by European Jews, especially immediately prior to and during World War II, when Shanghai was a protective haven for as many as 18,000 Jews fleeing the Holocaust, assisted by sympathetic Chinese diplomats who issued them passports. At its peak, the Jewish community in Shanghai numbered 30,000, with two synagogues, one Sephardi and the other Ashkenazi.

Harbin, in China’s far northeast, was a major hub on the trans-Siberian railway, when Tzarist Russia occupied China’s Manchuria province in the 19th century, and a sizable community of Russian Jews seeking employment found its way there. The community there was further bolstered by a wave of Jews fleeing the Russian revolution, among them the grandparents and parents of former prime minister Ehud Olmert.

After World War II ended, China became the communist People’s Republic of China and virtually all the Jews in the country left. Many made their way to the new State of Israel. The synagogues in Shanghai were shut down permanently, although they were recently temporarily reopened as part of the celebrations associated with the 2010 World Exposition in Shanghai.

Long before Jews built the first synagogue in Harbin or Shanghai, however – a very long time before, in fact – there was a thriving Jewish community in Kaifeng. But it has almost completely gone lost in the pages of time.

“THE JEWISH COMMUNITY here was founded in the 11th century by Jews from Persia, Central Asia and India, according to our communal history,” explains Shi Lei, who is in his early thirties. “The community’s founders were merchants following the Silk Road. They brought cotton cloth from India, which was considered exotic at the time in China, and sold Chinese silk in the West.”

The Silk Road traditionally ended in Xi’an, far to the west of Kaifeng and there was a Jewish community in Xi’an associated with the Silk Road. But as any visitor to Kaifeng is told repeatedly, Kaifeng in the 11th century was the capital of China, under the Northern Song dynasty. At the time, it may have been the world’s largest metropolis, with an estimated 1.5 million inhabitants.

Jews gravitated to the capital city. There was also a Jewish community in Hangzhou at one time, and perhaps several other cities. Only the Kaifeng community, however, lasted for centuries.

“The community must have been quite wealthy,” says Shi Lei. “There used to be a large synagogue in the old Kaifeng downtown, in an area where land prices were very high, attesting to the wealth of the community. At its peak, in the 14th century, the community numbered well over 4,000.”

With such a glorious history, why is Kaifeng not on the well-trod path of visitors to Jewish sites in China? For one thing, there is almost nothing left. The community once had a synagogue with a Torah study hall, a communal kitchen, complete with kosher butchering facilities, and ritual bath. But Kaifeng is situated near the Yellow River, which, until it was tamed in modern times, was notorious for flooding. There are estimated to be at least six layers of flooded-over remnants of Kaifeng underneath its contemporary, somewhat dusty streets. A flood in 1642 buried Kaifeng, devastating the Jewish community and bringing its golden age to an end.

Although the synagogue was eventually rebuilt, it was assimilation that really put an end to the community. “My great-grandfather’s generation would still place red paint on doorposts in the spring, in place of the lamb or chicken blood that was previously used [to mark Passover],” says Shi Lei. “The community also strictly avoided eating pork products. But most Jewish traditions were gradually lost. Even our Torah scrolls were removed over time.”

Of the 13 Torah scrolls the community once had, none remain in Kaifeng. Ten were sold to Western collectors over the years and three were lost entirely. “I did get to see a Torah case belonging to my ancestors,” notes Shi Lei, “but in Canada, in the Royal Ontario Museum.”

By the mid-19th century, the synagogue in Kaifeng was shut down, and today all that remains of it is a well (presumably part of a mikve), hidden in one of the back rooms of a hospital that was constructed on the site where the synagogue once stood.

There is, in fact, very little that is Jewish-related for a visitor to see in Kaifeng today. An exhibit sponsored by American and Canadian organizations of three stone steles telling the Kaifeng community’s history and dating from the 15th and 16th centuries is locked away in the attic of the local museum. The writing on the stones, in classical Chinese, is largely faded, but experts can read rubbings of it, and the steles are visually impressive. Avisitor wishing to see the exhibit, however, needs to know about its existence beforehand, ask the curators for special permission to enter, and pay 50 Chinese yuan (general admission to the museum is free) before the keys to the room are fetched.

Similarly, the Jewish pavilion at Millennium City Park, a theme park in Kaifeng based on the famous Qing Ming scroll painted by Song Dynasty artist Zhang Zeduan, is locked away and its existence is not even revealed to visitors to the park.

About 20 years ago, the remaining Jewish cemetery was vandalized by grave robbers. It has yet to be restored. “My grandfather’s heart was broken seeing the bones of his fathers removed from their graves,” says Shi Lei sadly.

Despite what may appear to be an attempt on the part of local authorities to keep the Jewish history of Kaifeng out of sight, Shi Lei insists that there is no such active agenda. “There is no desire to hide [anything],” he says. “If tourists want to see any of these things, they only need to ask; tourists never have a problem getting to these things in Kaifeng when I show them around here. To China, it is not worthwhile to hiding this part of the history.”

SHI LEI REVEALS A STUBBORN insistence not to let what remains of the Kaifeng Jewish community die away entirely.

He grew up hearing stories about the glory of the community from his grandfather. “After China opened to the West a few decades ago, scholars started coming to Kaifeng to study the history of the community,” he recalls. “They all came to interview my grandfather, to learn as much as they could from his memories, and the rituals he still preserved. He was perhaps the only person 40 years ago who still remembered the traditions.”

When he came of age, Shi Lei was fortunate enough to receive sponsorship for two years of Jewish study in Israel. “I was the first Kaifeng Jew ever sent to study Judaism in Israel,” he recalls proudly. “In 2001, Rabbi Marvin Tokayer, who was living in the Far East at the time, arranged for me to enroll in a one-year Jewish studies program at Bar-Ilan University. After that, I went on to study at Yeshiva Machon Meir in Jerusalem, with the generous assistance of Michael Freund of Shavei Yisrael [an organization that helps lost tribes and wandering Jews reconnect to their roots and return to Israel].”

Shi Lei returned to China, determined to devote himself to reviving the community. He teaches Hebrew and Jewish traditions in Kaifeng as a service to the community, while supporting himself leading Jewish heritage tours.

The effort is an uphill one, facing many odds. Judaism is not recognized as an official religion in China, nor are Jews listed among China’s 55 minority groups. Only about 500 Kaifeng residents today identify themselves as descended in some way from the Jewish community. They live in one of China’s poorest provinces and have little access to any Jewish ritual objects – not even a Torah scroll.

The Orthodox rabbinic leadership in Israel has determined that they must undergo conversion if they officially wish to rejoin Judaism because of centuries of assimilation and the fact that the Kaifeng community implemented patrilineal descent of Judaism as opposed to the matrilineal descent of normative Judaism.

Yet, despite all these obstacles, some 18 members of the Kaifeng community recently agreed to be converted and moved to Israel.

“Please do help spread the word about the Kaifeng community,” Shi Lei asks The Report. “Very few in Israel have heard about it. We need to raise awareness, to give opportunities for more young people from our community to get to Israel, and to learn the traditions.”