Venezuelan Jews Move to Colombia Due to Political, Economic Crisis 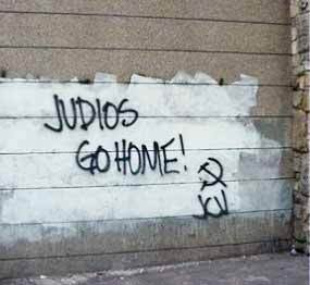 Caracas – About 30 Jewish families from Venezuela are expected to leave their country and move to neighboring Colombia in 2010, Marcos Peckel, the head of the Bogota’s Jewish community, has told the Jewish news agency AJN. Peckel said a special committee has been established to receive Venezuelan Jews. He confirmed that the Colombian Jewish community was worried about the worsening situation of Jews in Venezuela..

Several dozen Jewish families have reportedly moved to Colombia following the political situation in the country and the economic crisis that has hit Venezuela.

Peckel told AJN: “We are worried about the situation in Venezuela, and there are members from the Jewish community that already live in Colombia.” He added that although immigration was not massive”, estimates showed that “by the end of 2010, around 20 or 30 families from Venezuela will be living in Bogota,” Colombia’s capital.

The special committee would provide logistical help for the families and to students from Venezuela. “We help them find an apartment; we show them videos from schools, the synagogue and the sports club. We also help them get a cell phone or open a bank account. As there are many legal requirements, in most cases we act as guarantors”.

Peckel said the project was just beginning. “For Venezuelans, Colombia wasn’t a preferential destination; they would rather go to Panama, Israel, or Miami. But now, they are thinking of Colombia, too”.

“We are not promoting that Venezuelan Jews come here because such a thing wouldn’t be fair to Venezuela’s Jewish community. But we have to take care of the situation and we have set up telephone lines so they can be in touch with us whenever they want.”

Regarding diplomatic ties among Venezuela and Colombia, Peckel said that Jews were “as worried as any other Colombian citizen… If we add to that the belligerent language of [Venezuelan President Hugo] Chávez against Colombia, considering it as the Israel of Latin America, which for me is good, it could end in madness”.