Most of the time we think of the Holocaust as limited to Europe, but it reached North Africa as well. Below Shay Lavi shares a tribute to his grandmother, who survived a concentration camp in Italian-occupied Libya and started a new life in Israel.

Rosina “Rosa” Lavi was born to the Ben David family in Tripoli, Libya in the 1920s. She had four sisters and two brothers. Her mother passed away when she was very young. Her father was a businessman who traveled and was not very present at home.

Rosa and her siblings grew up in their older brother’s house. One of the sisters suffered from polio and was disabled. She did not have a wheelchair, so Rosa literally carried her on her back wherever she went. Their brother’s wife did not want to take responsibility for them and was, unfortunately, very abusive toward them.

When World War II broke out, Libya was controlled by the Italians, who were part of the Axis. Most of Rosa’s family fled for their lives, but Rosa and her disabled sister were left behind in a large, abandoned house. They were eventually caught by the Nazis and deported to Marsa Plaza concentration camp in Tunis.

Rosa was forced to work. The Nazis thought her sister was contagious so they left her alone. As a result, she was able to hide some family valuables on her body, including jewelry. One day a soldier beat Rosa in the face with the butt of his rifle. She lost sight in one eye and never regained it.

Upon the liberation of the concentration camp, Rosa met her husband, Rachamim, who was a brave underground fighter during the war. They returned to Tripoli, where they married and had two sons. One of them was my father, Tzion.

The family immigrated to Eretz Yisrael (Israel) shortly after it was established and lived for a period of time in a ma’abara (immigrant absorption camp). Jews from Arab countries used to get harrassed in the camp, so Rachamim organized a group of people to protect them. The family later settled in Or Yehuda and continued to grow.

When I was a child in Israel, Rosa would not talk about her experiences during the Holocaust. She only wanted to tell us good things. (She spoke Arabic, Hebrew, and Italian.) It’s only thanks to my cousin Liraz, who started asking her questions and recording her, that we found out all these stories.

Rosa was the kindest, most selfless woman you will ever meet. Here is a woman who was very poor, yet she would spend all day making food and then call the grandchildren to pick the food up and deliver it to people in the neighborhood who needed it more than her.

She passed away 16 years ago in the month of Nissan, leaving behind 19 grandchildren and 51 great-grandchildren. She brought all of us together. Even today, in my family we have each others’ backs. We are always communicating. And every time we talk, it seems, someone always mentions her. I miss you, Safta! 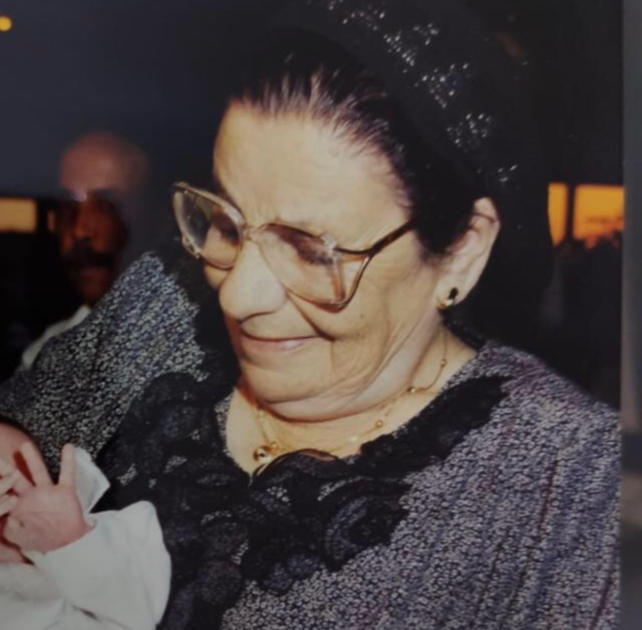